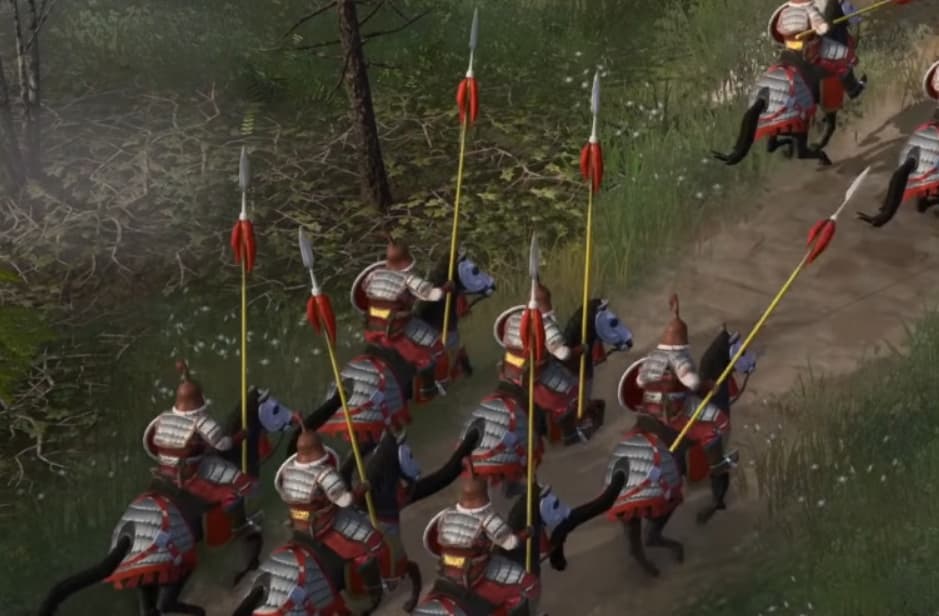 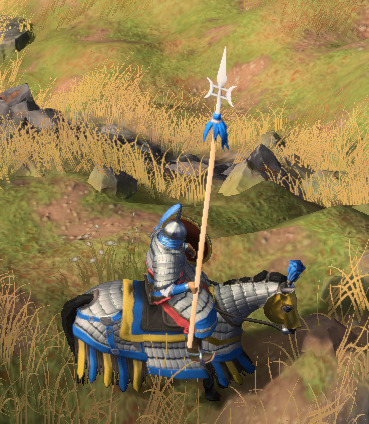 You can see the pictures and patch notes from here: Civilization Conquest AOE4 Forums 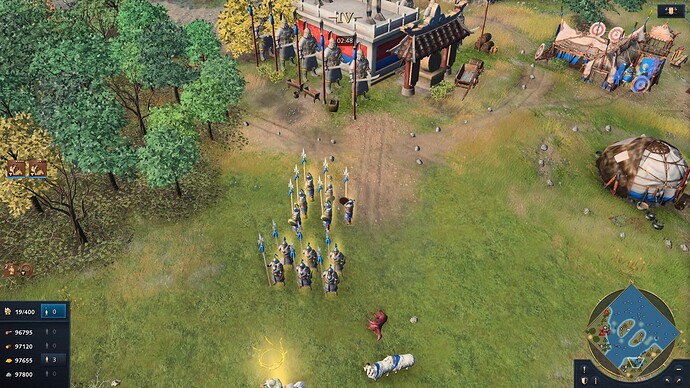 The shield and mount seem to be bound to the character model. Do you have a solution? 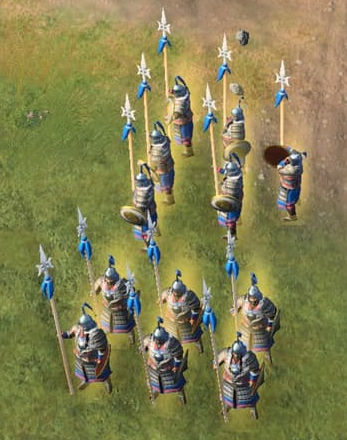 I used the Man-At-Arms model to make that Historical Weapon to ground units and even added a shield spear model too.

Shield is model bound; but you can apply weapons to other units too.

I managed to add Mongol Spear to HRE model. But most of the time, I get Pre-Cached Red Box model error. 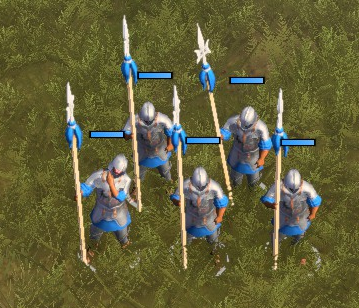 In addition, the quiver is also bound, so model replacement is most limited to the same type of units. For example, archers should not have shields, and remote units should have quivers. Although the models of characters and mounts are two parts (sometimes you will notice that their models are misaligned), they are still bound.

Most of the time, these limitations make me angry. I do all kind of changes but still, I cannot achieve what I wanted. It is really sad to be this limited.

I will check and test your mod too. 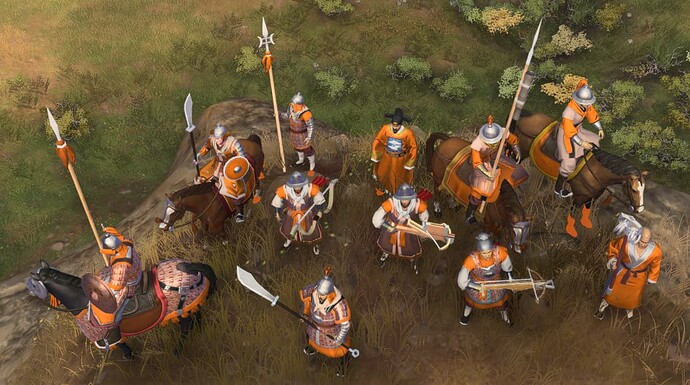 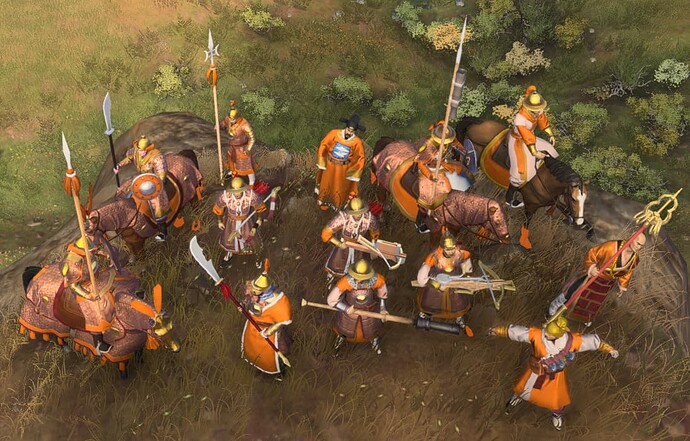 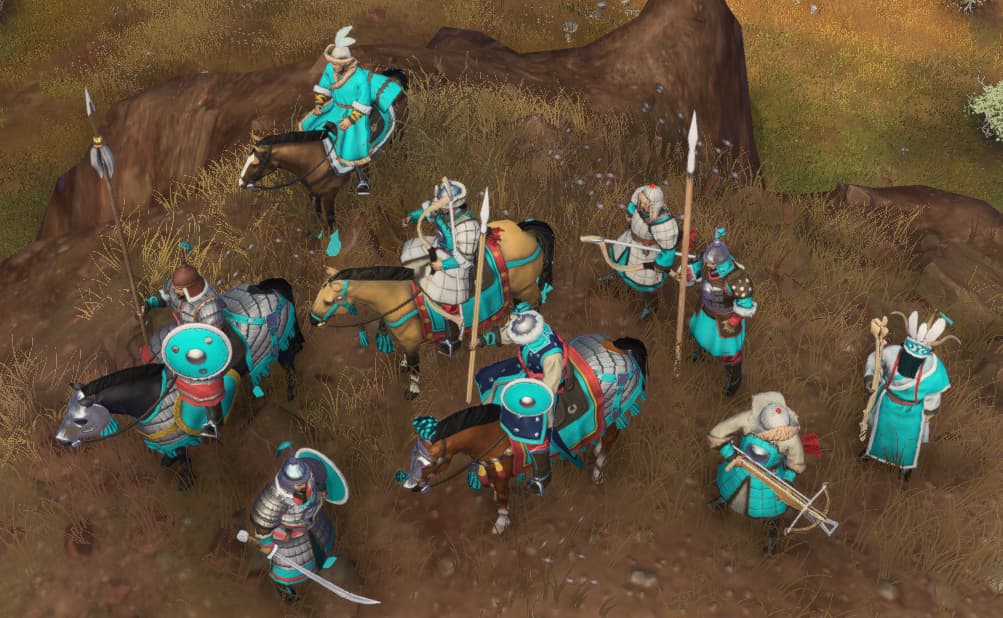 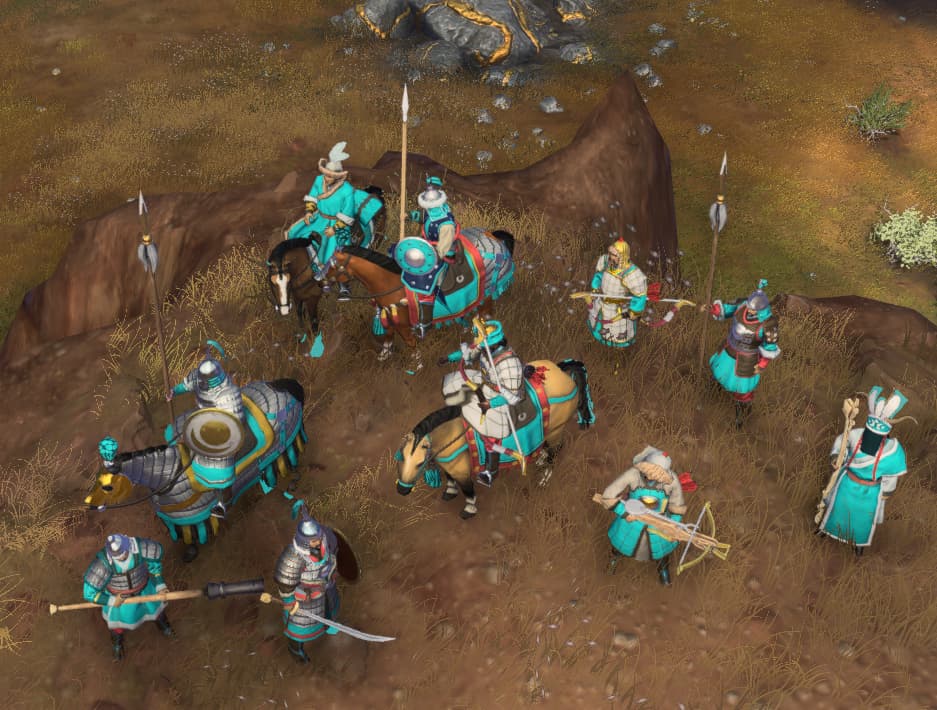 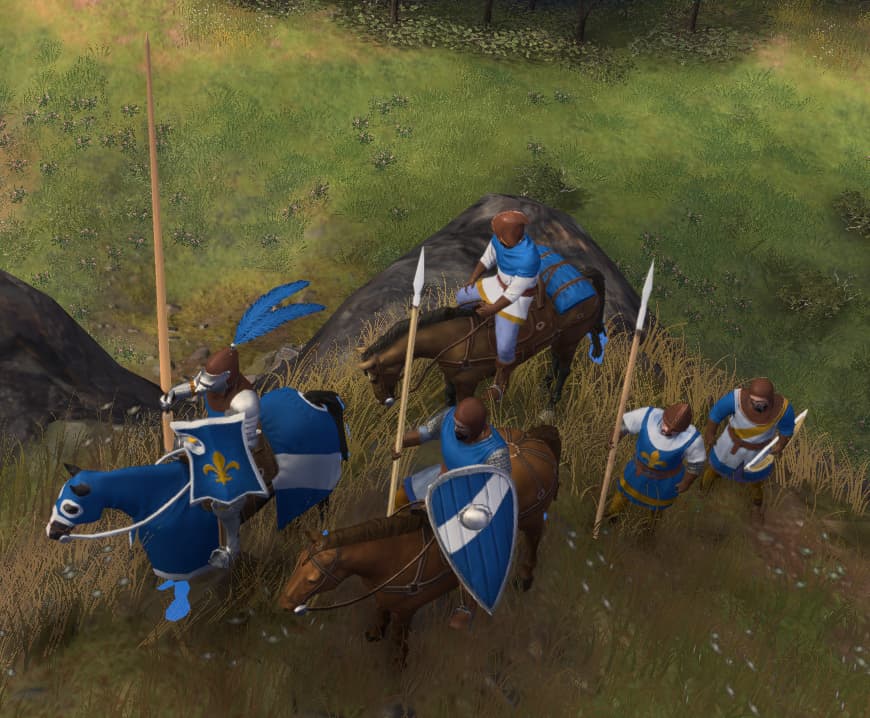 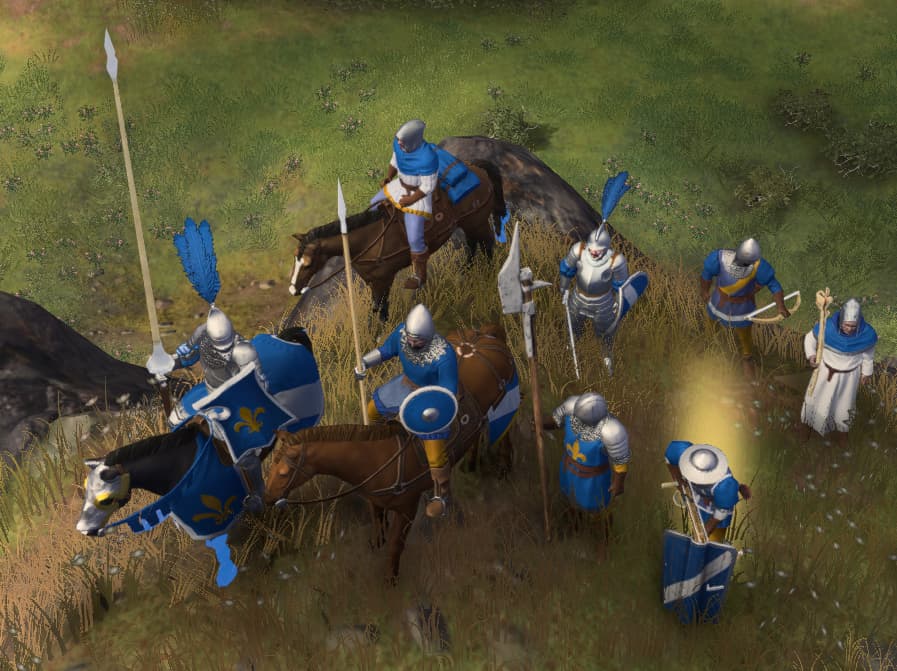 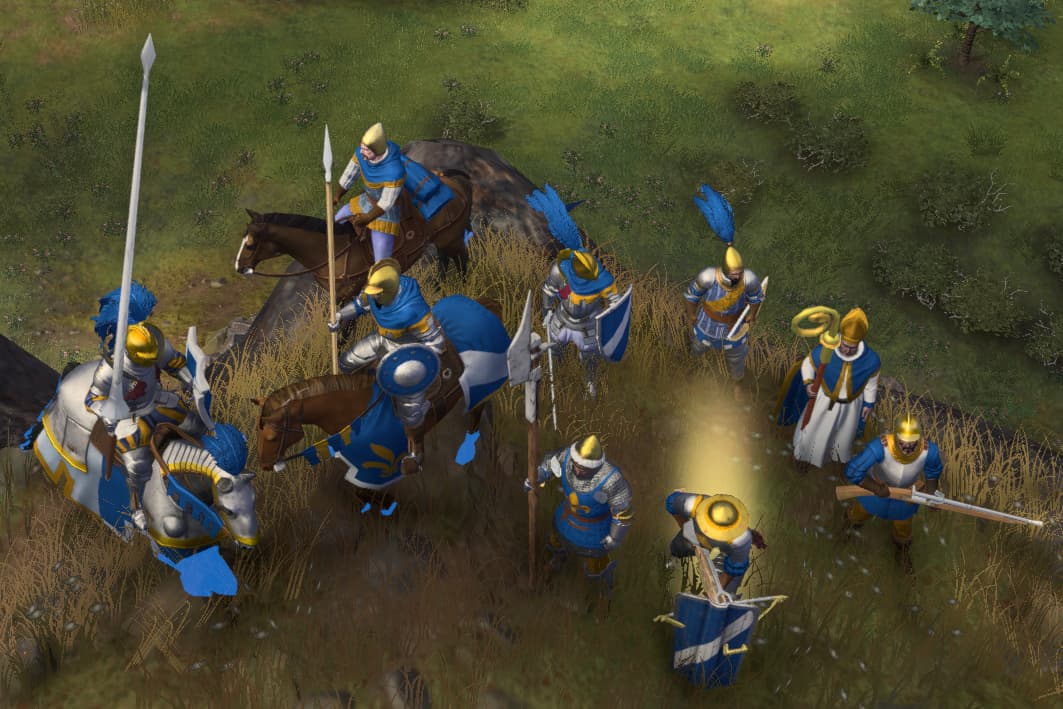 Absolutely agree. Now the mod function is still very limited, and even all model resources in the game are incomplete. I hope the production team can update and add more content as soon as possible.

Which civilization’s spear model is this? I couldn’t find - the name of the spear. Is it Chinese Civilization Spearman weapon? thank you. 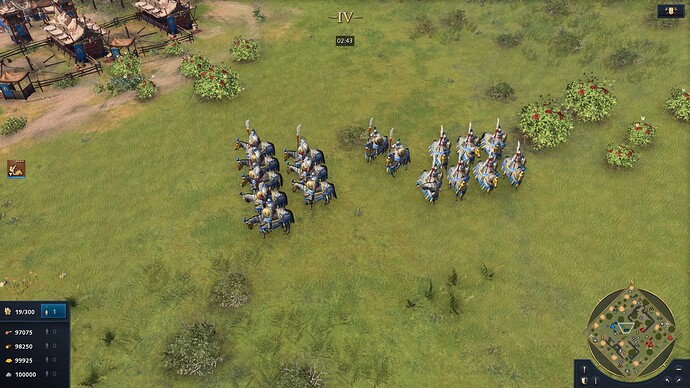 I have added one from Chinese and one from HRE to Mongol horseman. No Pre-Cached red box model error appeared.

Which path did you replace? If you simply change the model, you only need to replace the first path.

By the way, I would like to recommend some models that are deeply hidden:

From the first path mean - would you show it with picture please? When it starts hitting the enemy with 2hand mace - the location where the unit holds the 2hand mace weapon is changing, so it holds the weapon a little more up; but when combat finishes it holds the weapon from correct place. I tried to change the x - y - z coordinates but I didn’t see any difference. So I confused where I have done wrong to make the combat animation correctly. 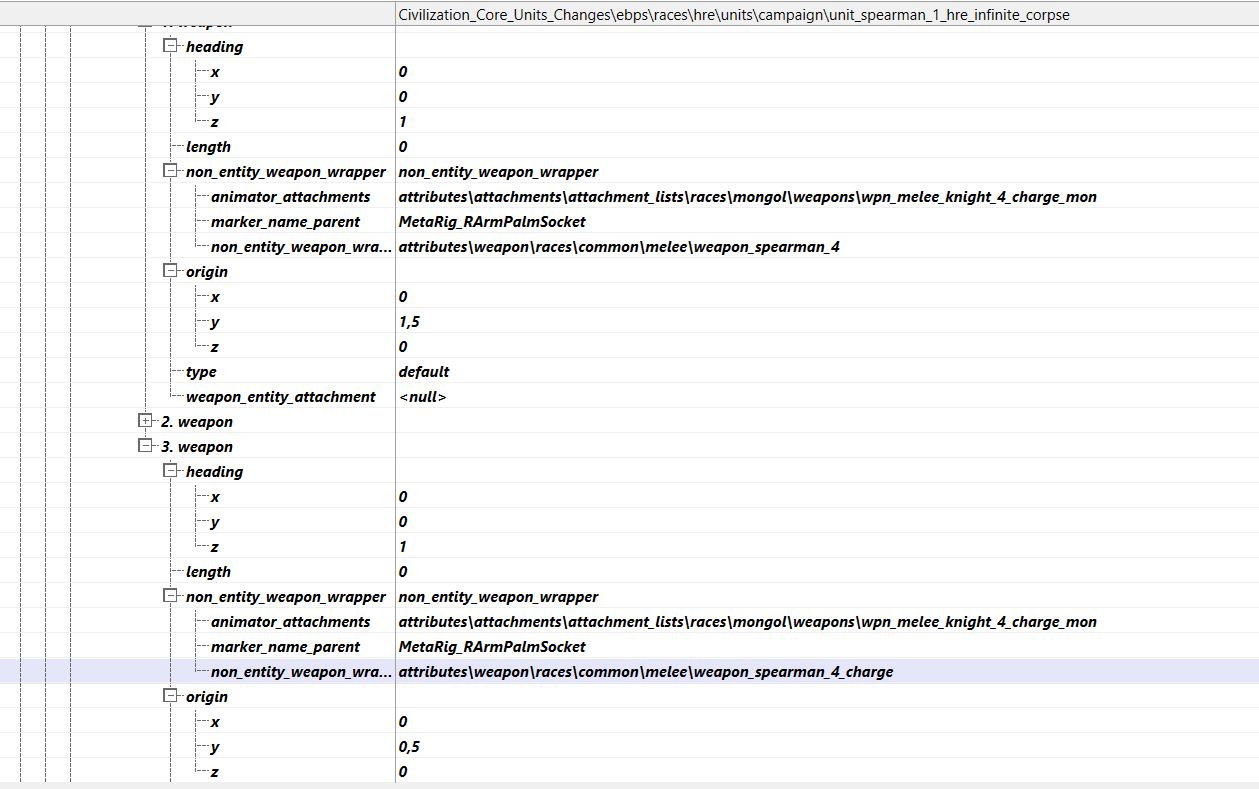 I have tried to add Mongol Knight Spear to HRE spearman and I have made the changes like this. However, in game it doesn’t appear but only a “Pre-Cached” model red box error. 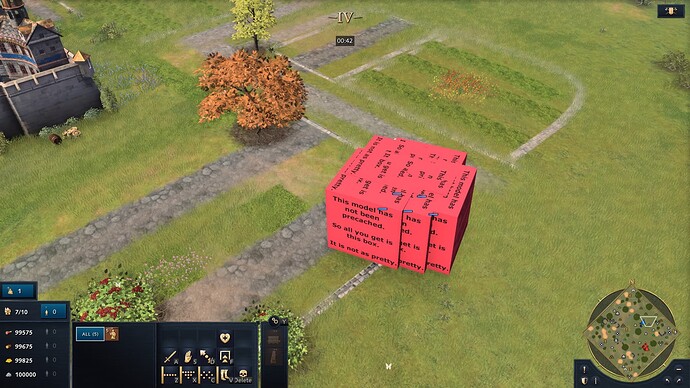 However, when I do the same thing for Mongols to add the Chinese weapon you said, there was no problem.

@ahioz9426 If it is possible would you try from your side too please about how to add Mongol Knight weapon on HRE spearman (HRE Campaign Spearman Infinite model) without any red box error please? thank you very much.

If you simply replace the model and do not change other data, you only need to operate the item indicated by the arrow, and other operations are not required. 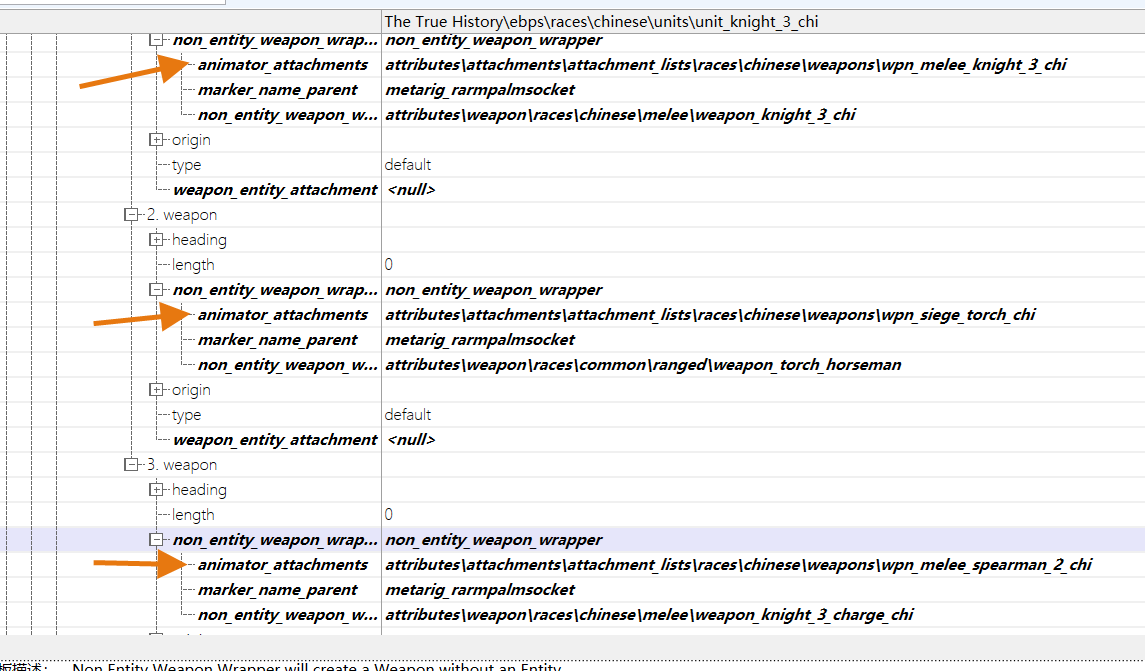 image1145×671 43.5 KB
The three arrows in the figure represent the model of melee knife, siege torch and charging spear.

At present, only models can be replaced, and the actions are locked (or I may not find the action path), so do not replace models that differ too much, or this will happen: 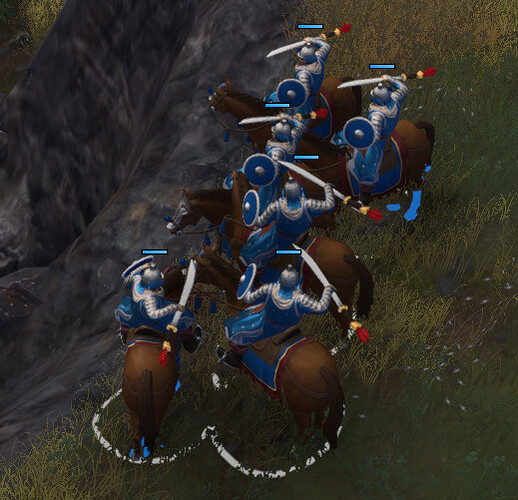 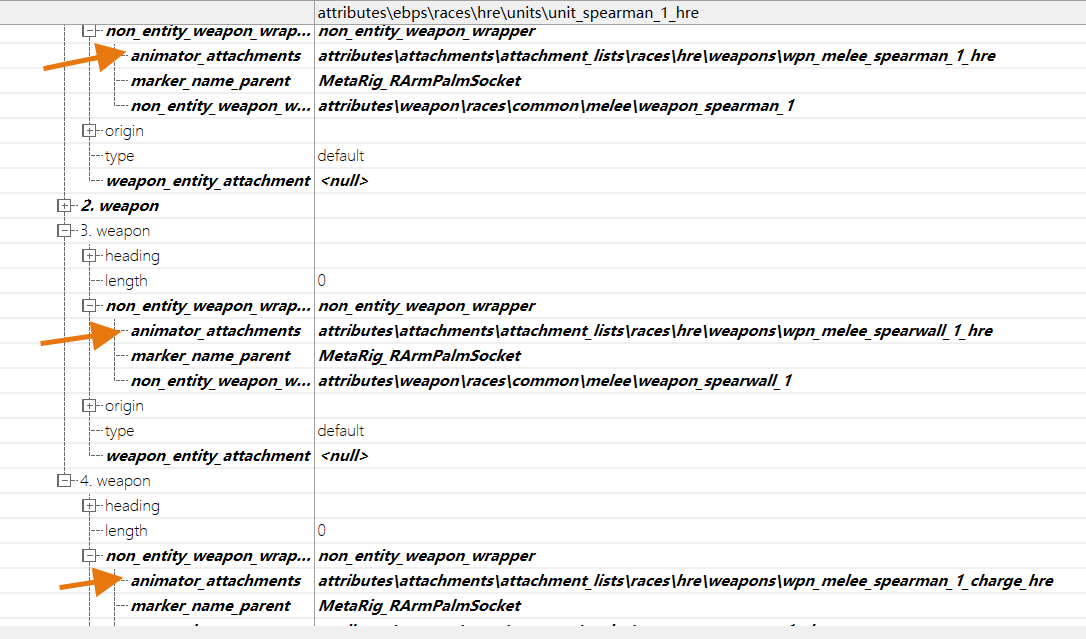 If I simply replace the model, I haven’t encountered red word or red square at present. (occasionally, the HP is halved after the unit is upgraded, and this can be solved by repeating the replacement operation.) you may need to eliminate other factors.

I have followed and done the same steps as you said but I still got “Pre-Cache” red box model error for the HRE spear infinite corpse unit with Mongol Knight 4 weapon - charge version to place that x3 places you show in the picture. I think that something bugged in my mod, I don’t know why is not happening.

This issue same for the French one hand axe weapon when I try to add it to English Civilization… Or shield wall units, thy are all “pre-cached” red box model error.

I think that AOE4 developers should fix these issues.

You can try to create a new mod test.

I created a new mod and followed the same steps as changing the animator_attachments with Mongol Knight 4 weapon for every weapon in the HRE infinite spearman 1st Age unit, and I still have the same “pre-cached” red box model error.

If it is possible would you try at your computer too? 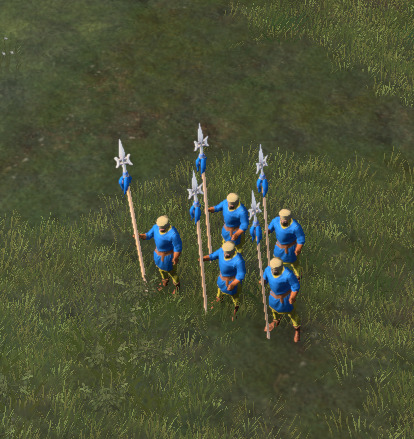 I created a new mod and tested that everything was normal. 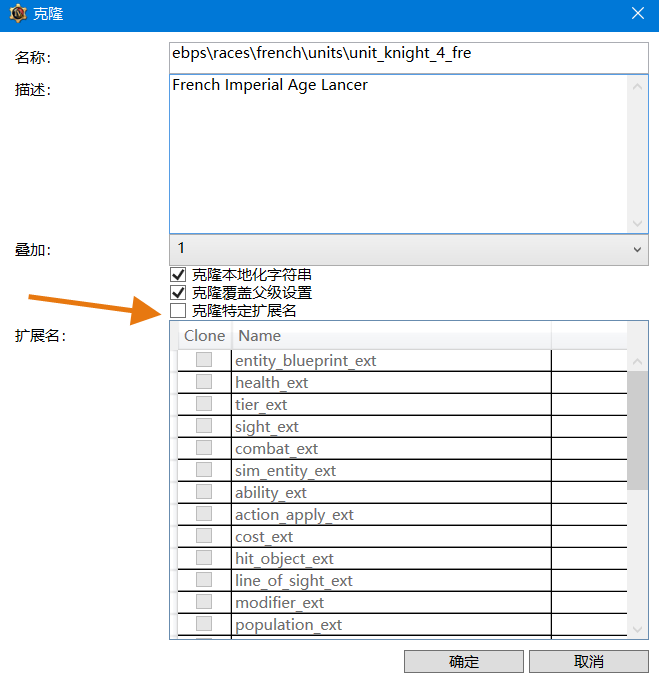