Replace Organ Guns for an unit more historically suitable.
Organ Guns were used mainly by British and French, yet it became an Unique unit for Portugal on AoE3.

If early representation of gunpowder units is to be achieved make it available in the commerce age and use one of the corresponding historical models: 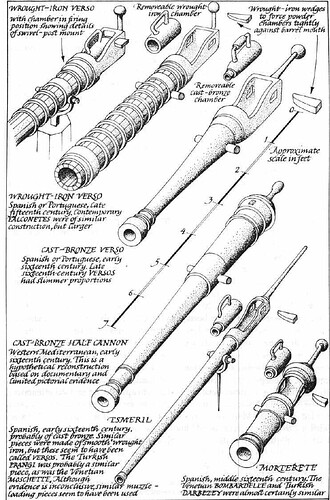 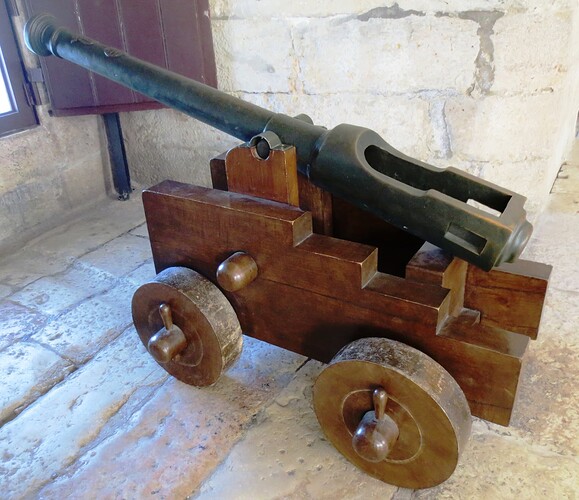 Weird poll I never thought I’d see, but this has been an argument I’ve seen since basically day 1 of playing the game. It’s definitely something that’s noticeably annoying.

Actually swivel guns are not represented in the game. Portuguese swivel gun designs spread to many Asian countries.
If one really want to replace the organ gun for the sake of historical accuracy and uniqueness, this might be an option.

EDIT: and it can be designed to even serve the exact same function: lighter, firing multiple shots (they are usually used to fire grape shots), and even a unique reload animation (breech-loading). Just a perfect candidate.

Updated the OP with a swivel gun that is currently in Tower of Belem.

I’m in favour of changing it for Portugal, but it should be kept in the game as a mercenary unit.

Unfortunately at this moment people prefer a fantasy faction than a historical one.
Probably the same people that will use the astronaut explorer skin.
Sad to see.
If Japan had turtle ship instead of Samurai people jimmies would be rustled. The usual hypocrisy.

They reworked the TWC civs for woke points. Remember when the game was about to release just about all the previews we got was about how they “reworked” those civs?

and it can be designed to even serve the exact same function: lighter, firing multiple shots (they are usually used to fire grape shots), and even a unique reload animation (breech-loading). Just a perfect candidate.

Exactly. I dont know who made the original research, but it does not excuse repeating the same mistake now on DE.

Earlier aoe games are usually poorly researched and based on fun and uniqueness not historical accuracy. That applies to all games before FE took over. Later additions since aoe2 hd are (a little) more historical based and consistent.
Aoe2 where Goths have huskarl which were viking, Koreans have war wagons coming from nowhere, Celts have pre-roman woad raiders, Huns have a torch guy with a Turkish name.
Aoe3 vanilla civs where many have certain units (which they actually had) cut intentionally for the sake of uniqueness, and many short-living or fictional units forced into them.
New civs on the contrary are much better researched (look at the US and Mexican musketeers with historically accurate uniforms while all Europeans basically have the same uniform), and have even greater unit variety.
Now the problem exclusive to aoe3 is, as the civs are added in a geographical order, Europeans now predominantly have the worst designed and most boring units.

I really dislike the tradition of not updating existing contents to the current level of quality both in gameplay and design.

The best part is how AoE2 Portuguese get organ guns just because AoE3 had them.

I think the aoe2 portuguese is one of the worst designed in the original FE. Just some random bonus and random aoe3 stuff put into one.
Other civs added in later expansions are much better designed.

…I mean even gatcha games and true card games that are active nowadays would find a way to update their “outdated” stuff. I would not even mind if they put it behind challenges or pay wall.

i must admit i think they seriously over emphasized those changes.

like i feel like they should have pushed the QOL and new factions as the important aspects of the remaster.

When I saw the reworked revolution in DE I was amazed. How come such a feat did not appear even once in any of the promotions?
No they kept talking about the (slightly) tweaked mining and the community plaza.
I mean, it’s fine. I can accept that. But not 10 interviews focused on that.

If you’re going for some awards or funds that could support the game I’ll all in, but that does not seem to be the case.

I feel like the updated revolutions pale in comparison to the new Maya one. I hardly ever revolted in all my years playing this game and the reworked ones still didn’t sway me. If you’re gonna add a mechanic go all the way to fully flesh them out like the Maya.

Before Maya comes out, the reworked revolutions at least seemed much more promising than original.

And they updated mercs and outlaws along with US who had better outlaws, so I’m expecting an overall improvement to revolutions as Mexico gets better revolutions (fingers crossed).

I think the aoe2 portuguese is one of the worst designed in the original FE. Just some random bonus and random aoe3 stuff put into one.
Other civs added in later expansions are much better designed.

This is an issue with all historical games concerning Portugal.

From EU IV to Total War, research is not great. There is no excuse in this day and age because there is plenty of resources in English available.

But a quick glance here at the forums, shows people dont care unless it affects the populal factions.

This kind of stuff would not be acceptable on the English or French.

This kind of stuff would not be acceptable on the English or French.

English Longbowman in the Imperial Age is equally as dumb as a lot of the Portuguese inaccuracies.

But at least they used longbows

I wonder what was going through the good folks heads at ES who bumbled Portugal so badly. It must have been for gameplay reasons like how the Germans (a mish mash of powers in the region) are without a musketeer when historically they had them.

Of course no one is asking to have things be 100% historically accurate in a game at the expense of gameplay but I’d love to have been a fly on the wall when they were discussing civ concepts.