[Poll] Should the Ottomans be a European or Asian civilization?

Age of Empires III: DE III - Discussion
EliteRiflemann March 9, 2021, 7:33pm #1
Should the Ottomans be a European or Asian civilization?

I did this survey at ESOC, but I would like to do it here too to know your opinions, more than anything because I would find it interesting if the Ottomans could build wonders and have a consulate.

Note: I’m not suggesting redesigning the Ottomans as an Asian civilization.

Historically, you can argue that they were both due to their strategic position in the Mediterranean and the Middle East, receiving cultural and economical influence from all sides.

For the purposes of AoE:III Gameplay I believe it makes more sense to keep The Ottomans as an European type civilization. They were a Major Empire with expansionist intentions, going toe-to-toe with some of Europe’s most powerful Empires, unlike the Asian Powers of the time that were relatively much more isolationist. The Consulate mechanic wouldn’t make much sense for them as they didn’t have the best of relations with Europe at the time and really didn’t need their assistance. The Wonders mechanic are a more subjective matter, you can argue that all civs could have this mechanic if the devs wanted to or that the Asian civs should also have regular politicians instead of Wonders… I think it’s best to keep the Ottomans as they are.

Historically, you can argue that they were both due to their strategic position in the Mediterranean and the Middle East, receiving cultural and economical influence from all sides.

Ottoman were strictly Asian, they just adopted European military and scientific innocvations because it suited them.
At core, they remained the stepparian Turks they always were, which is why they could not hold on to Europe, contrary to the Bulgars and the Magyars, which actually did became Europeans with time.

The Ottomans were not a European nation. Yes, they had territory in Europe, but most of their empire was in the Middle East and North Africa. There were conquered nations in Euopia (which should appear in revolutions, e.g. Bulgaria and Greece)
Personally, I think it should be a related European / Asian civilization. It doesn’t have to have Wonders to be Asian, just like the Incas and Aztecs don’t have to have a tribal council instead of Home City to be American. Additionally, the Ottomans have more unique units than the rest of the European civs, but fewer than the Asian civs - Euro-Asian compromise.

Ottomans and Turks are European, like Hungarians, Bulgarians or Finns.
They always saw themselves as European and still do.
Anatolia was European since ancient times, despite giving the Asian continent it’s name. Most of the Ottoman Territory was former Roman territory. Their core was the core of the Byzantine Empire. It’s like the Germanic Franks conquering Gaul and becoming the now very Romance French.

The Middle Eastern Civilisations are also culturally much closer to Europe than to east Asia.
The Asian continent has multiple very different cultural spheres. East Asia, India, Middle East and Central Asia. While Europe is more homogeneous. Russia tried to be like Western European countries despite reaching into Central Asia.
The Ottoman Empire and Turkey today are between the Middle East and Europe.

Asians, 100%.
The ancient tribes that inhabited the area west of Byzantium (Thracians/Illyrians) were never Turkic.

The Ottomans (Turks) were Asian Turks from Asia-Minor and East. Sure, they conquered East Europe but that does not make them European.
France conquered plenty of places (Spain, Austria, Prussia), did this make those places French?

Conquering Europe does not make you European

Ottomans and Turks are European, like Hungarians, Bulgarians or Finns.
They always saw themselves as European and still do.

The Turks did everything they could to not be European, and they hated Europe, which they only saw as a source of land and slaves, not something they wanted to become.

Turks are just not European, unlike the Bulgars which did become European by integrating into the European system, and adopting the customs.

Turks, like the Moors, occupied a part of Europe, but always remained apart from it. They wanted to be seen as different and superior, not as Europeans.

This is the reason why both inevitably lost their holdings in Europe, and why Turkey entering the EU is still an extremely contentious matter.

It may not be too ambitious, but the mosque should have its own icon. He could also have unique abilities, e.g. the ability to build Minarets, which would increase the production and military capacity in his area. The mosque should be completely independent of the church.

Imam he could convert enemy units (such as Priestess). Islam tempted dissenters with tax exemptions. Jizya was a tax for the unbelievers.

Arab / Islamic civilizations could be something specific and independent of the continent. You don’t need to make radical changes or delete the current content on the Ottomans to do this.

In these civilizations, the Mosque has a great influence on the game. There could also be something like the Great Mosque available in the Imperial Age - more upgrades for Islamic civs, e.g. holy war (short-term increase in military capacity and faster training of military units) or Sawm (or fasting, for a short time Settlers cannot kill animals and Mill produces gold).

Ottomans should have more revolutions: Greece, Serbia, Bulgaria and Arabia instead of Hungarians (6 revolutionary civs in total). The British should also get Ireland and Scotland in addition.

i see no reason for ottoman to change away from what they currently are.

Pirates are not a civilization.
The 4 big islamic empires at this time were the Ottomans, the Persians, the Moroccans and the Omani.

Pirates are not a civilization.

Yes, but they are already in the game (Historical Battles) and that could mean they will be added to the game.

Instead of the Oman, this civilization could be called the Arabs. She could then represent all Arabs. They could have Mameluke, Camel Archer, Libyan Bedouin (Skirmisher) , Azzar (ranged heavy gunpowder infantry) and Arab Swordsman
The Imam and Galley that the Ottomans have, the Arabs would also have it. Mosque have also.

The ruler would be Sultan bin Saif or Muhammad Ali of Egypt.

Yes, but they are already in the game

Not really. The USA is also in the game, but that does not mean it should be a civ.
Both are Revolution options, which is what makes the most sense.

Knights of Malta and Circle of Osseus are also in the game, but they are not civs, so you never play as them.

Adding Moroccans would make more sense, for all those Berber units, specially because not only were they a colonial civilization, they actually never fell under Ottoman control, unlike the Barbary states

The ruler would be Sultan bin Saif or Muhammad Ali of Egypt.

Egypt is a Revolution option, so it will never be added as a civ.

Instead of the Oman, this civilization could be called the Arabs.

Why? Outside of the Omani, the other Arabs were all conquered by the Ottomans, and ceased to be Colonial Powers, or have any relevance in the world stage, really.

Adding Moroccans would make more sense, for all those Berber units, specially because not only were they a colonial civilization, they actually never fell under Ottoman control, unlike the Barbary states

That’s unless we have Moroccans under a different name in Historical Battles?

Egypt is a Revolution option, so it will never be added as a civ.

Why? Outside of the Omani, the other Arabs were all conquered by the Ottomans, and ceased to be Colonial Powers, or have any relevance in the world stage, really.

I would like to see Arabians in the game. They might have an Oman ruler, for example, but they would have Arab units from different parts of the Arab world.

I think that would be cool and less of an abuse than the Germans. 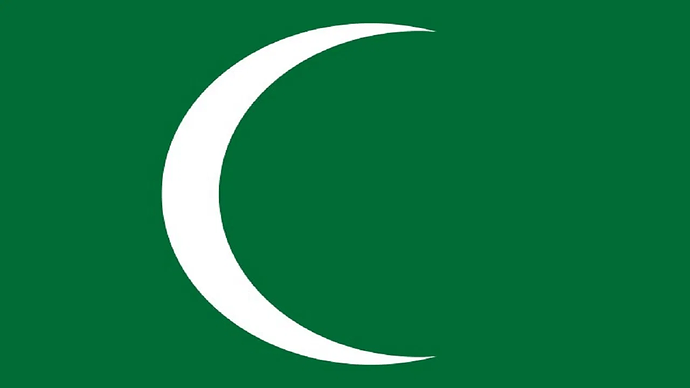 All AoE3 civs, except the Germans, are countries. There was no country for all Arabians.

I guess he meant the Islamic civs.

I say they should be European, since the majority of their original conquests are in Europe and since their capital, Constantinople/Istanbul is in Europe, they should technically be European BUT I think they need all their stuff reworked. Their houses need to look unique, their town centers need to change. They should not share the Spanish-Portuguese architecture. Their civilians are fine since most Ottomans, regardless of ethnicity or religion, covered their hair.

But…I think they should actually have a consulate and possible wonders since by the 1700s, the French, Germanic peoples, Swedes, and Russians all began to actively seek treaties to exploit the Ottomans. If I we went that route, they could have Sultan Ahmet Mosque (Blue Mosque) as a wonder, Topkapi Palace, Suleymaniye Mosque, Dolmabahce Palace, and I don’t know, um, I forget the fortress built outside Edirne, the one the Ottomans used against the Byzantines.

Also their units need renamed. Abus Gunner to Cebeci, the Bostanci should actually be heavy infantry, like pikemen, their “hussars” should be either Akinci or Deli light cavalry. Actually, no, Deli should be their hussar replacement and Akinci should be their cavalry archers. Keep Sipahi and Janissaries the same. Although the correct spelling of Janissary…lol.