[Poll] Which is your favourite civilisation?

Let me know if I forgot to add a civilisation.

This is a hard choice, to be honest. I like a lot of civs.

I can pin one down that I particularly enjoy but if I had to play that civ forever I’d probably quit.

When nobody votes Franks or Britons 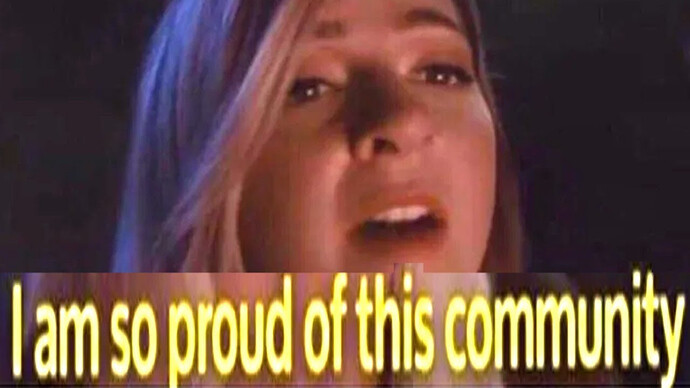 I’ve been playing them for at least one decade longer than every other one. I got kinda bored by them to be honest, though Longbowmen and Frankish Paladins are still fun from time to time.

I love the French in real life but in-game they are kind of meh and one-dimensional.

They were one-dimensional in their military strategy throughout most of the Middle Ages too, so the game is accurate.
Heavy Cavalry charge! If that don’t work, you just did not use enough Knights, so start by making those 10 year old Squires into full fledged, mounted meatshie… WARRIORS!

They were one-dimensional in their military strategy throughout most of the Middle Ages too, so the game is accurate.

Did they at least switch things up for the colonial era?

In the colonies? Yes, they used the natives a lot.
In European Warfare? They just added Cannon support, and then got decent Infantry when Napoleon formed his Legions and Guard.

The Franks consist in part of the Normans and some of the most elite Crusader orders.
On the open battlefield they did use higly trained elite knights to great effect but that was but one aspect of their military prowess.

You can’t besiege a walled city with cavalry … nor can you guard/police your captures cities with cavalry…
Hense the Franks made use of efective infantry and dismounted knights, siege towers, battering rams,trebuchets and effective crossbowmen.
The Hospitelar Knights (Franks) set up hundreds of hospitals from Paris all the way to Jerusalem to provide medical aid and protection to Christian Pilgrims moving to and from the Levant.

Just because you saw one yutube vid stating :’‘Franks = Knights charge’’ , doesnt mean that there isn’t more to them.
Perhaps try and read a few books and just attempt to be a tad les vocal about matters in wich your ignorace flurishes.

No, I read books on the 100 Years War, where the French insisted on Heavy Cavalry Charges so much, they basically got most of their lower nobility murdered by the English.
They were so confident on their one tactic, even when it proved to fail several times, that it became their signature move.

I even made a pun on how they were quickly knighting new Squires very often, because of how many Knights they kept losing to Englishmen in entrenched positions. The French really did often break off from the whole army, with their Cavalry, to charge the enemy, often with disastrous results.

Perhaps try and read a few books and just attempt to be a tad les vocal about matters in wich your ignorace flurishes.

I read books on the 100 Years War, where the French insisted on Heavy Cavalry Charges

And rightly so, but keep in mind that the 100 years war started in the 1330s AD and the Battle of Agincourt wich you are referencing occured in 1415 AD, the history of the medieval Franks started in 486 AD as they evolved from the Frankish tribes to the Frankins Empire under Emperor Charlemagne , to the Normans that succesfully invaded Britain in 1066AD under William the Conqueror.

These Normans in time became some of Europes best knights, leading the charge in the Crusades from 1096AD onward. And so on, that is almost 1000 years that you are neglecting or is lacking in your knowledge.

What I’m saying is, the Franks at the Battle of Tours 732 AD was highly different to the 14th century plated armored heavy cav of the French kingdom at Agincourt and their controbutions to the Medieval world was astounding and vast.

If you enjoy a civ and have a lot of knowlegde to share about said civ, please do so.
Just try not to have verbal diarreha on EVERY civ/topic that YOU dislike. JonOli12 has preferances : NOTED. Can we please move on?

and the Battle of Agincourt wich you are referencing

No, they did it in several battles. The French legitimately thought War could be on with gallantry and bravery, and almost lost the whole affair because of it.
Funny enough, if Charles Martell had been so focused on his horses as the later French kings and nobles, the whole of Europe would have been arabicized to extinction.
The French insisted on a tactic that no longer worked, because tradition demended it, and lost badly because of it.

Just click on the “show votes” button, it should let you change your vote.

Burmese, idk why, it’s the mix of architecture, how they talk and the unique unit feels cool I suppose.