You are several years too late, and Portuguse have them because they were the most technologically advanced civilization, by the end of the Middle Ages, inventing several kinds of gunpowder weaponry.

You are right, organ guns aren’t particularly unique to Portuguese. But then again, war wagons are basically made up, mamelukes were not cimitar-throwing bactrian camel riders, and so on.

Berbers never had Genitours in their armies, Woad Raiders are from Classic Antiquity and do not fit Medieval Celts, Slavs did not invent Orthodox Christianity, there was never a civilization called Vikings…

there was never a civilization called Vikings…

what??? civilization and state doesn’t mean the same…

Viking was an occupation, not a culture or civilization.

Viking just mean “Man of the Bay” or Pirate.

The actual culture/civilization name was Norse.

Normans are Franks in AoE2.
Norse is not Vikings. Vikings only means Pirates or Raiders. 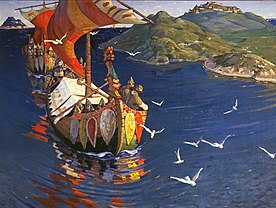 Vikings[a] were Norse people primarily from southern Scandinavia (in present-day Denmark, Norway and Sweden), who from the late 8th to late 11th centuries, raided and traded from their Northern European homelands across wide areas of Europe, and explored westwards to Iceland, Greenland, and Vinland. The term is also commonly extended in modern English and other vernaculars to include the inhabitants of Norse home communities during what has become known as the Viking Age, 793–10 Facilitated ...

It was never the name of a culture or civilization.
Calling Norse Vikings is like calling Mongols Horsemen.
Horsemen is not a culture, Mongols is a culture.

Berbers never had Genitours in their armies…

This reminds of the YouTube video where one of the original Age Of Empires II designers tries to make guesses about the future expansions.

At 11:23 he tries to guess the Portuguese unique unit and he explains why Iberians (Spanish and Portuguese) had to use mounted javelineers (Genitours) against Moors. His reaction to Berber Genitour is quite telling.

True, but AoE2 is known for this kind of stuff, and honestly, it is kind of charming.

His reaction to Berber Genitour is quite telling.

Tbh I wish the Korean were made by FE and not ES, just to see his reaction to the War Wagon 11

I would like unique units to be more historically accurate. Giving berbers the genitours, while they actually fought against them is a mistake IMO.

Actually from what I have read from this and couple of other topics about unique units I have gotten the feeling, that I don’t want to know more about unique units, because knowing, that they are basically fantasy kinda ruins immersion for me.

The game did this with every civ since AoK.

Celts never had Woad Raiders, Samurai were actually Horse Archers, Mayans never had Eagle Warriors (Eagle an Jaguar Knights were exclusively Nahuatl Warrior Societies, so only Aztecs should have them)…

This game contains historical references, not representation or accuracy.

Tbh Samurai did also fight on foot with katanas. And it’s for a good reason Japanese get FU cav archer. Besides Kataparuto, Japanese are quite accurate for an AoE2 civ.

The Katana was not a battlefield weapon, it was a sidearm, meant for use only after you lost your Spear or Bow, just like most swords throughout History.

For a proper battlefield main weapon sword, they would need a No-Dachi, which was not very common.

Samurai were mainly Horse Archers, a tradition they inherited from the Imichi. In fact, they were said to be possessed by the “Spirit of the Imichi”.

I get it, but I mean it’s not like making people use scimitar as a throw weapon, stuff like that. It wasn’t as common as what AoE would let you thing but it’s not impossible. And Japanese do get their good cav archers, which while they look the same as all other cav archers can represent Japanese tradition of horse archery just fine.

The Katana was not a battlefield weapon, it was a sidearm, meant for use only after you lost your Spear or Bow, just like most swords throughout History.

As well as longsword in Europe. And you have Longswordsmen, Knights-line, scout-line, all with swords.

Longswords actually were Battlefield weapons, since Longswords were Two-Handed Swords for Infantry. 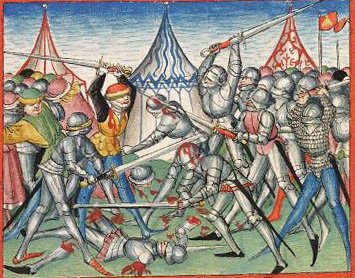 What people call a Longsword is actually an Arming Sword, which was indeed a sidearm.

Longswords actually were Battlefield weapons, since Longswords were Two-Handed Swords for Infantry.

But not for Cav. And for Inf also prefered weapon were polearms.