Proposal for a new DLC 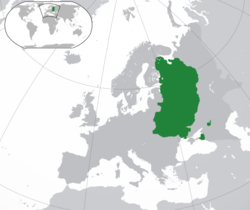 Kievan or Kyivan Rus' (Old East Slavic: Роусь, romanized: Rusĭ, or роусьскаѧ землѧ, romanized: rusĭskaę zemlę) was a loose federation of East Slavic and Finno-Ugric peoples in Europe from the late 9th to the mid-13th century, under the reign of the Varangian Rurik dynasty. The modern nations of Belarus, Russia, and Ukraine all claim Kievan Rus' as their cultural ancestors, with Belarus and Russia deriving their names from it. Russia was ruled by the Rurikid dynasty until the 16t According to Rus'...

The Kingdom of Poland (Polish: Królestwo Polskie [kruˈlɛstfɔ ˈpɔlskʲɛ]; Latin: Regnum Poloniae) was the Polish state from the coronation of the first King Bolesław I the Brave in 1025 to the union with Lithuania and the rule of the Jagiellon dynasty in 1385. The basis for the development of a Polish state was laid by the Piast dynasty, which had been preeminent since the 10th century. The conversion of Duke Mieszko I to Christianity paved the way for Poland to become a member of the family of Ch...

The Kingdom of Poland (Polish: Królestwo Polskie; Latin: Regnum Poloniae) and the Grand Duchy of Lithuania joined in a personal union established by the Union of Krewo (1385). The union was transformed into a closer one by the Union of Lublin in 1569, which was shortly followed by the end of the Jagiellon dynasty, which had ruled Poland for two centuries. The rule of the Jagiellonian dynasty in Poland between 1386 and 1572 spans the late Middle Ages and early Modern Era in European history. Th...

The Kingdom of Bohemia, sometimes later in English literature referred to as the Czech Kingdom (Czech: České království; German: Königreich Böhmen; Latin: Regnum Bohemiae), was a medieval and early modern monarchy in Central Europe, the predecessor of the modern Czech Republic. It was an Imperial State in the Holy Roman Empire, and the Bohemian king was a prince-elector of the empire. The kings of Bohemia, besides Bohemia itself, also ruled other lands belonging to the Bohemian Crown, wh The ki...

The Kingdom of Serbia (Serbian: Краљевина Србија / Kraljevina Srbija), or Serbian Kingdom (Српско краљевство / Srpsko kraljevstvo), was a medieval Serbian state that existed from 1217 to 1346, ruled by the Nemanjić dynasty. The Grand Principality of Serbia was elevated with the regal coronation of Stefan Nemanjić as king, after the reunification of Serbian lands. In 1219, Serbian Orthodox Church was reorganized as an autocephalous archbishopric, headed by Saint Sava. The kingdom was proclaimed ...

The Serbian Empire (Serbian: Српско царство / Srpsko carstvo, pronounced [sr̩̂pskoː tsâːrstʋo]) is a historiographical term for the empire in the Balkan peninsula that emerged from the medieval Serbian Kingdom. It was established in 1346 by King Stefan Dušan, known as "the Mighty", who significantly expanded the state. Under Dušan's rule Serbia was the major power in the Balkans, and a multi-lingual empire that stretched from the Danube to the Gulf of Corinth, with its capital in Skopje. He al St... 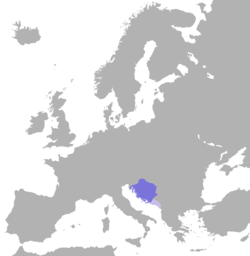 In the union with Hungary, the crown was held by the Árpád dynasty, and after its extinction, under the Anjou dynasty. Institutions of separate Croatian statehood were maintained through the Parliament (Croatian: Sabor - an assembly of Croatian nobles) and the ban (viceroy) responsible to the King of Hungary and Croatia. In addition, the Croatian nobles retained their lands and titles. Coloman retained the institution of the Sabor and relieved the Croatians of taxes on their land. Coloman's s

Croatia in personal union with Hungary

The Kingdom of Croatia (Latin: Regnum Croatiae; Croatian: Kraljevina Hrvatska or Hrvatsko kraljevstvo, Hrvatska zemlja) was a province within the Kingdom of Hungary since 1102, after a period of rule of kings from the Trpimirović and Svetoslavić dynasties and a succession crisis following the death of king Demetrius Zvonimir. With the coronation of King Coloman of Hungary as "King of Croatia and Dalmatia" in 1102 in Biograd, the realm passed to the Árpád dynasty until 1301, when the (male) Some ... 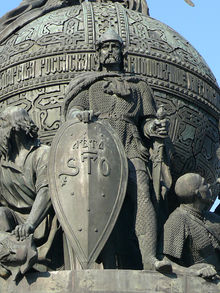 Rurik (also Riurik; Old Church Slavonic: Рюрикъ Rjurikŭ; Russian, Ukrainian: Рюрик; c. 830 – 879), according to the 12th-century Primary Chronicle, was a Varangian chieftain of the Rus' who in the year 862 gained control of Ladoga, and built Novgorod in the same year. This legendary figure was considered by later rulers to be the founder of the Rurik dynasty, which ruled the Kievan Rus' and its successor states, including the Kingdom of Ruthenia, the Principality of Tver, Grand Duchy of Vladimir... 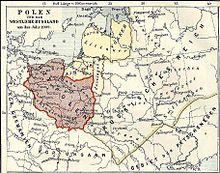 Bolesław I the Brave

Bolesław the Brave (Polish: Bolesław Chrobry Polish (help·info), Czech: Boleslav Chrabrý; 967 – 17 June 1025), less often known as Bolesław the Great (Polish: Bolesław Wielki), was Duke of Poland from 992 to 1025, and the first King of Poland in 1025. He was also Duke of Bohemia between 1002 and 1003 as Boleslaus IV. He was the son of Mieszko I of Poland by his wife, Dobrawa of Bohemia. According to a scholarly theory, Bolesław ruled Lesser Poland already during the last years of his father's... 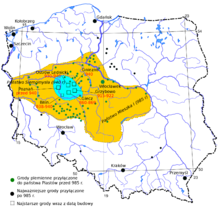 Mieszko I (Polish (help·info); c. 930 – 25 May 992) was the ruler of Poland from about 960 until his death in 992 AD. He was a member of the Piast dynasty, a son of Siemomysł, and a grandson of Lestek. He was the father of Bolesław I the Brave (the first crowned king of Poland) and of Gunhild of Wenden. Most sources make Mieszko I the father of Sigrid the Haughty, a Scandinavian queen (though one source identifies her father as Skoglar Toste), the grandfather of Canute the Great (Gundhil While ...

South Slavs were dominated by Hungary. What could these civs bring to the game?

We already have an East European expansion TLK.

sure lets rename one civi and open up another can of worms.

Civ renames won’t happen, I can already tell you that. Seconding @Juggernaut8704 that considering we had already “The Last Khans” as Eastern European expansion and now “Lords of the West” as European expansion, it’s time to revisit world regions which definitely lack civs like India, Africa and America.

South Slavs were dominated by Hungary.

The Hungarians have dominated only Croats

What could these civs bring to the game? 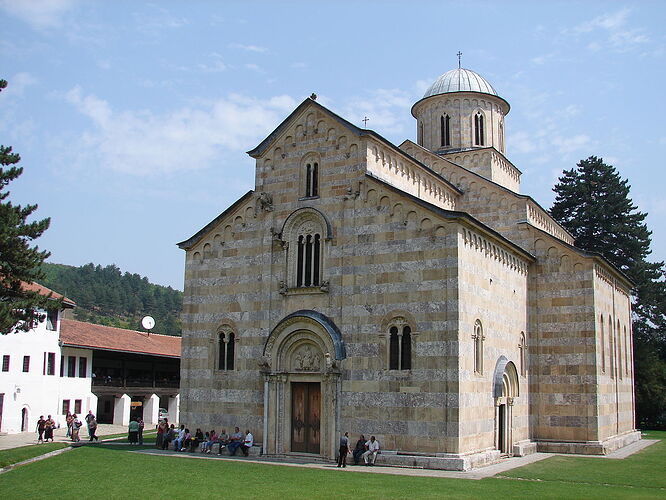 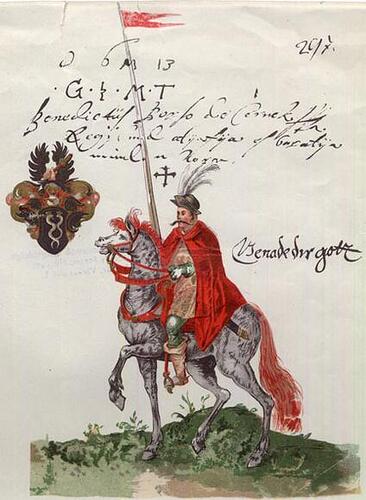 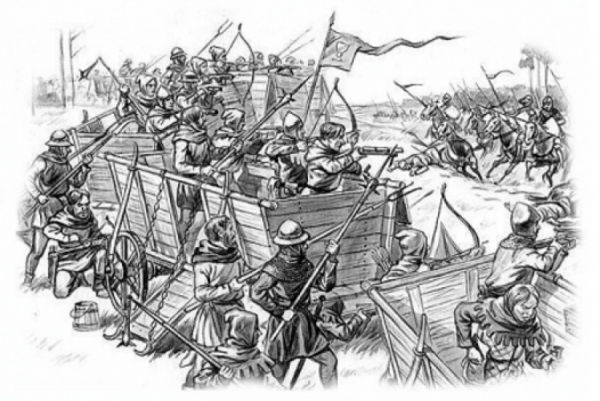 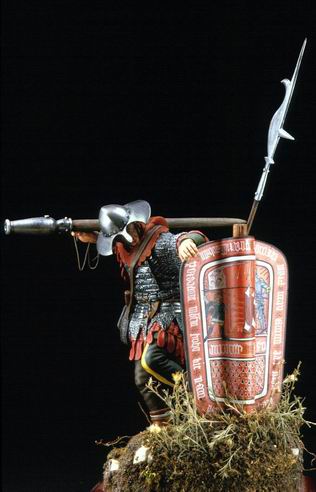 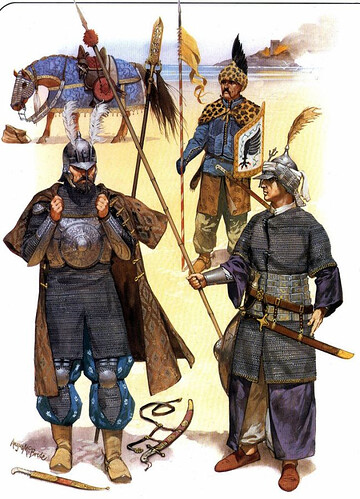 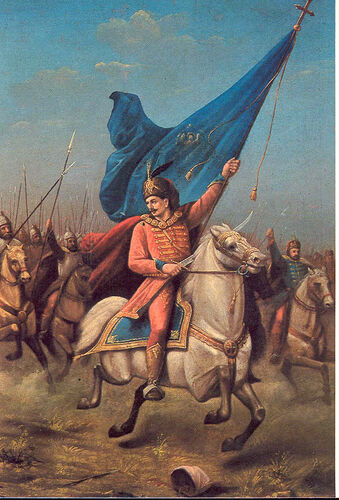 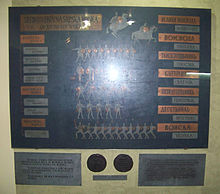 The medieval Serbian army was well known for its strength and was among the strongest in the Balkans before the Ottoman expansion. Prior to the 14th century the army consisted of European-style noble cavalry armed with bows and lances (replaced with crossbows in the 14th century) and infantry armed with spears, javelins and bows. With the economic growth from mining, mercenary knights from Western Europe were recruited to finalize and increase the effectiveness of the army, especially throughout ... 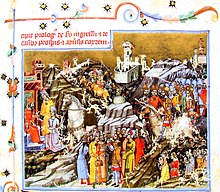 First Croatian king Tomislav defeated the Magyar mounted invasions of the Arpads in battle and forced them across the Drava River. In 927 Tomislav's army heavily defeated the army of Bulgarian Emperor Simeon, under the command of general Alogobotur in the Battle of the Bosnian Highlands. One of Tomislav's admirals lead more than 5,000 sailors, soldiers and their families into Slavic quarter of Palermo, Sicily. At the peak of his reign, according to Byzantine emperor Constantine VII Porphyrogenito...

Warfare in Medieval Poland covers the military history of Poland during the Piast and Jagiellon dynasties (10th–16th centuries). In the military history of Poland in the Middle Ages one has to separate three different periods: early, transitional, and late, each demarcated by the reign of particular princes and kings. The early medieval period was enclosed between times of Mieszko I and Bolesław III Wrymouth, the transitional period spanned the times of the Fragmentation of the State to the rule...

sure lets rename one civi and open up another can of worms.

Well, Hungarians always destroyed Serbs and other Balkan kingdoms such as Bosnians, even the Bulgarians, we just couldn’t handle big territories, so we abandoned them: We once conquered Napoli, but we couldn’t keep it because of distance. Serbian army etc. is already covered by Slavs well.

We already have an East European expansion TLK.

Civ renames won’t happen, I can already tell you that. Seconding @Juggernaut8704 that considering we had already “The Last Khans” as Eastern European expansion and now “Lords of the West” as European expansion, it’s time to revisit world regions which definitely lack civs like India, Africa and America.

Agree, there are little-used regions in the game (both Americas, Africa), but it’s a pity to leave such shortcomings aside. It is impossible to depict all medieval Slavs with one civilization. However, Central Europe is the heart of the European continent. And of all civilizations, the Slavs are the most thrown into one bag. At least two or three Slavic civilizations will be useful. It would be nice to represent each of the separate groups of Slavs: eastern (Mongolian, Finno-Ugric and Orthodox), western (Roman Catholicism) and southern (Hungarian, Turkish, Mediterranean and Byzantine culture).

I’m not saying it has to be the next DLC. But it would be much better and historically consistent if what I propose were created.

Not to mention that the Magyar Huzsar with the Corvinian Army is already a Serbian unit, since Martinus Corvinus trained a unit of Serbs into the first true Hussars.

At least two or three Slavic civilizations will be useful.

You already have Slavs and Bulgarians.

You can say it Magyar Huszárs are Serbians, but I’d say they are both Hungarian and Serbian - Hungarians adopted the Serbian hussar tactic really fast. The only thing that makes 0 sense is the shield of Magyar Huszár, because it’s from Árpád-dynasty, which ended in 1301

Ruthenian campaign would be Svyatoslav- the last great Pagan prince, who did probably the most conquering.

Bohemian campaign wouldn’t be about Jan Hus (he was a preacher, whose execution sparked the Hussite wars- you’re probably thinking Yan Zizka, or the Prokops)

Sure, it’d be cool to get Poland and the other kingdoms in the game, but a DLCS just for the slavs? I don’t see it happening.

You already have Slavs and Bulgarians.

shield of Magyar Huszár, because it’s from Árpád-dynasty

It is in line with AoE2 design, where units usually have several reference to several historical periods at once.

Like in AoE1, where the Centurion unit literally uses a Sarissa (Macedonian weapon, Centurions were actually famous for an Axe called the Kalavra, meaning Skull) and a Greek helmet.

It is usually how AoE does things.

No, that was the Bulgars. By the time they were Bulgarians, they were already mostly Slavs.

No, that was the Bulgars. By the time they were Bulgarians, they were already mostly Slavs.

Bulgarians are a specific nation that represents two cultures at the same time:
the ancestors “conquerors” - Turks and the new - Slavs.

You are right. But the Balkans are too rich ethnically and culturally to have only: Bulgarians and Byzantines.

At least the Vlachs weren’t Slavs.

Needless to say, they are not Slavs