Protoss in age of empires 2

As we know shrivamsha are mounted protoss unit in age of empires 2, maybe devs can be done same of blizzard and show to player the shield bar of shrivamsha and also avoid than shrivamsha can regenerate his shield main while are being attacking

They most definitely should. Otherwise this unit will become OP and unfair to play against. 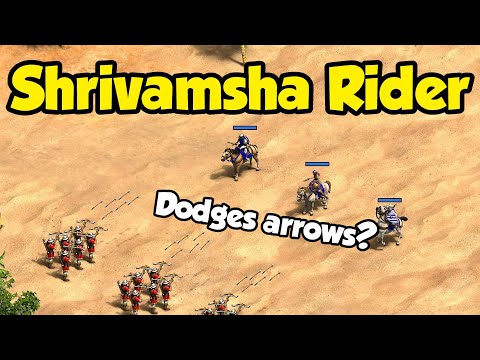 With focus firing of Archers/Crossbows, Shrivamsha Rider isnt any better than normal Light Cavalry…
and Light Cavs with +1 Pierce Armor (like old Indians, Tatars or Turks) are surely much much better than Shrivamsha Riders which are sold as specially being anti-archer in their description… 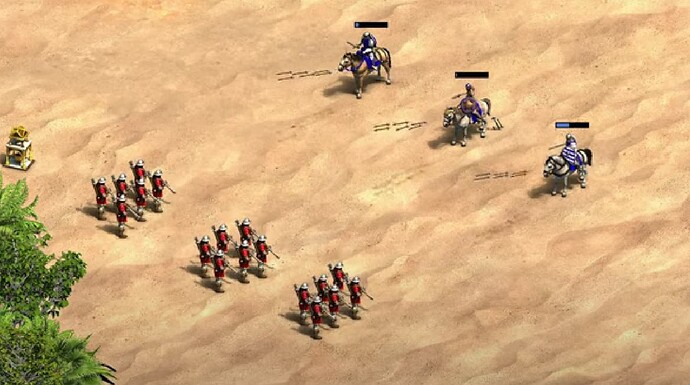 On the other hand they interact very weirdly with siege units, in that they ignore siege weapon projectiles like they’re nothing

Overall it feels like a weird game design on this unit. Its amazing vs Siege, but only as good as Light Cavalry/Hussar against Archer units (assuming the opponent is paying attention and focus firing, which does usually happen)

It’s an overpowered unit, as many people on your thread have already explained to your in detail. Go read their replies.

You should read the thread again maybe, and check that the vast majority of the forums agree that Shrivamsha might need buffs

You can put as many “

” as you want, but it doesn’t make you any more right. I saw more people disagreeing than agreeing with you.

Since you asked, to show a funny reply to your claims:

I’m moreso just waiting on a second video by Spirit of the Law, since he didn’t do anything indepth in his example. He’ll likely do better tests later, since this comparison is something he’d be interested in.

I saw more people disagreeing than agreeing with you.

You didnt read topic at all it seems.
Forget it, talking to you isn’t worth it because I showed you tests which prove how Shrivamsha are underpowered and you still stuck to your guns blurting out what you usually do.

You also claim the new civs are OP. Which is absolutely ridiculous given the amount of info we now have, these civs are anything but OP.

Anyway can we come back to the topic?

Sounds like you should thoroughly read the replies to your thread again. Shrivamsha are rather over- than underpowered.

Ah I miss SC2’s old days. I quitted it to get back to AoE2 just cuz how heavily they’d butchered the game.
Maybe in next dlc, they will outdo by making an infantry unit that dash towards enemies and stun 'em on impact.

In fact Devs need to be applauded for the good job they have done
They ramped up the balancing with the new patch
and the new machanics are fun, we all need to learn to adapt as well