As the picture shown above, I have already remapped the Construction Menu for every age. But it seems no effect for Abbasid dynasty. Only the Abbasid civ have this problem currently. 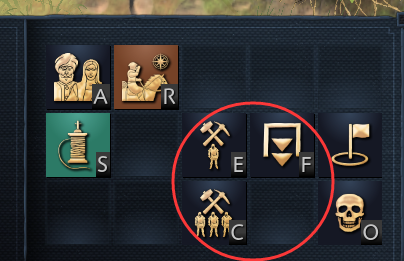 These three hidden commands in TC are not included in the Fully Remappble Hotkey settings . They are not visible until a unit is garrisoned. All other garrisonable buildings have the same problem. Currently it seems that they are still bonded with the Grid Hoteky system.

After testing, I found that there are still many hotkeys that do not have any effect. They are still tied to the Grid hotkey system, even though I have set the fully remappable hotkey as the hotkey layout.

Thank you all for pointing out these inconsistencies! The team will look into it. I’ll leave this thread open in case any others pop up!

i also have the same problem. The age 4 hotkey R is not remappable. No matter what i change to, it shows me R everytime inside the game with all civs. Also if i keep 1 single hotkey to select all buildings like for example B. When i change all to B fo all ages then it selects only the Age 1 (contruction menu 1) buildings and not all. Can we not have a single build button like we have in all other age of empires series? Like b+e, b+y, b+s. One hotkey to select all contruction menu? Thank you.

Another one. Cancel Construction is not included in the remappable hotkeys.

PUP: On hover it doesn’t show a window showing the full command unlike the last patch 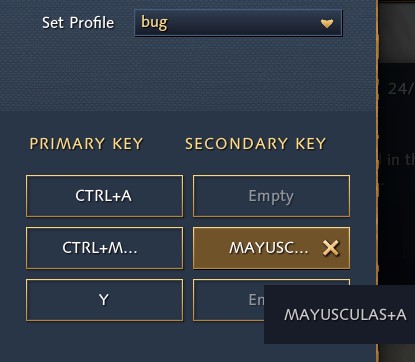 *Select all monasteries
Does not recognize the dome of faith

Request
From patch 15965 it has been removed, in pup, from the select all farms hotkeys, which limits the use of Ctrl+click but only shows the farms on the screen, please re-incorporate that hotkey
Rotating through landsmarks has also been removed, although I would like it not to rotate through wonders and towns centers 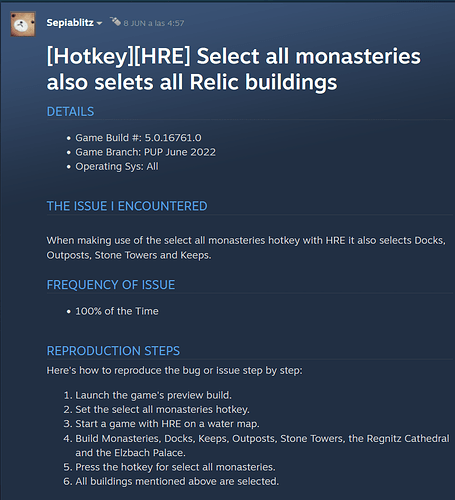 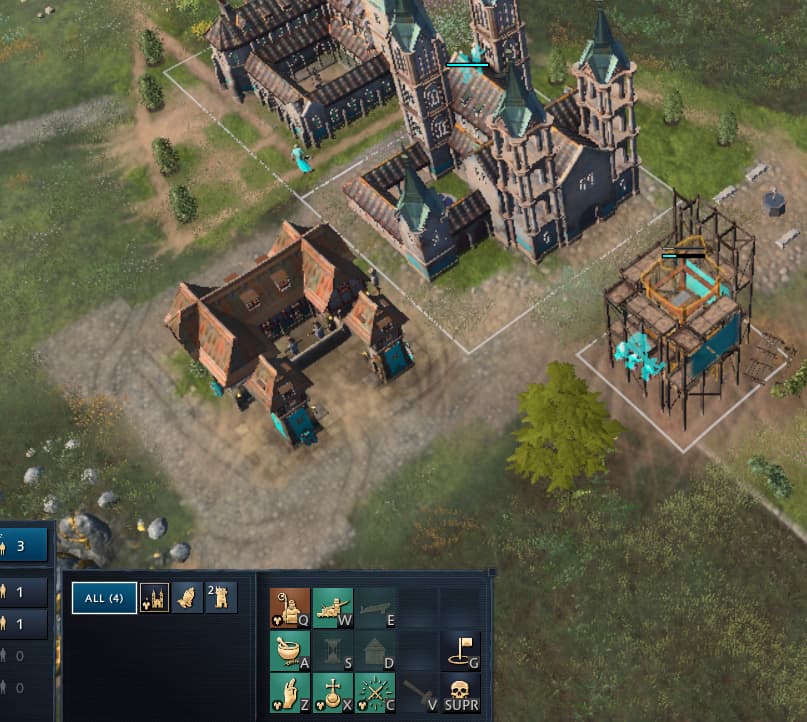 Adding to this thread (just gonna keep updating this post as I find stuff, lol).

Ungarrison All Units seems missing as remappable from most buildings. I.e., Delhi Mosques.

Another one. Cancel Construction is not included in the remappable hotkeys.

This one seems tied to the General Commands under Stop, but yeah should probably be separated out.

Longpress functionality also seems missing. I.e., I can no longer hold a button to create archers and have it queue many up. I have to press and release. This is VERY inconsistent, though. For instance, it works fine on most special buildings (White Tower, Council Hall), but not on less special buildings (Town Centers, Archery Ranges).

I assume it’s remapping related somehow but not sure how - perhaps all the buildings that do not correctly remap the hotkeys maintained the longpress functionality?

This same issue applies to the market. With fully remappable hotkeys you cannot just hold down the keys to buy/sell resources in large quantities like you can with the fixed grid layout which is in the live build.

now I remember that in the panel of the villager all the farms produced are shown, if that will delay the patch more, I withdraw my request

At this point we’re locked, but could you go into a bit more detail on this?

imagen727×338 69.7 KB
I remembered that I can see the number of farms by selecting any villager, so it is not necessary to put it in the hotkeys configuration

@HasanIchess this is one that will come in an update; not a patch. Hopefully the next one! But we appreciate you keeping us honest. The team is on it