Mayorcete breached the NDA to farm views before DE release. I don’t think Microsoft will ever work with him again.

Besides being incredibly toxic

Why would you think they don’t take you in consideration guys ?

When they work with drongo, they don’t make it only for the australians. ^^

I mean, you separate spanish and english speakers, but don’t forget that 90% of AOE3’s players are none of it.

By today’s norms, speaking in english is taking everyone in consideration.
There is no news in french, german , dutch etc… even if there’s a lot of players from those countries. Everybody gotta deal with english, and that’s normal.

They are speaking to all the players, they just can’t work with every youtuber for such a small community like ours.

Dude. We (MG) are the biggest AOE 3 clan/community in the world. We are so many that we even needed to make new clan tags under AOE 3:DE because a 200 player top wasn’t enough for us all. I’ve been myself the most successful AOE content creator for years and I’m still the one with more presence in social media. It’s nuts to act as if not having us in has any sort of sense.

This. Most of the player base is english speaking, if not native english you can practically guarantee that no matter where the viewer is from their countries second language is english. It’s the easiest way to include as many people as possible rather than having different streams in many different languages.

As well as it may be, the central issue is to ignore content creators who have requested access having much more visits and subs than those who were granted mainly, say the numbers on the most valued platform as it is " Youtube"
So it is not about reaching more people by speaking English because these creators with only the Hispanic audience would already have more visits than other English content creators, so why were they denied access when they requested it?
“mayorcete and foquitaman” Especially because they are channels dedicated to news, gameplay, tournament and strategy, not just gameplay.
So what makes you think that they are not considered when granting early access, Besides that this benefits both the content creator and the same company that develops the video game in the background is advertising a paid DLC. 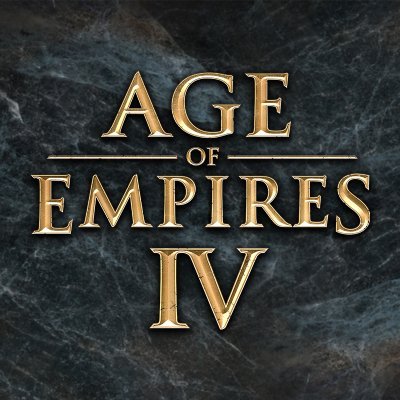 Not wanting to work with Spanish speakers is being hypocritial. Otherwise this is some kind of Hispanophobia I just don’t understand.

Having a problem installing or playing the game? Experiencing crashes or other technical issues? Have a question about the game and how to play? This is the place to ask!

Probably simply a matter of money, people that buy in Germany will be paying the standard price, most of the spanish speaking players that follow mayorcete etc are actually from south america rather than just spain and in those countries the price is much lower for the game/dlc, at least on Steam.

In Germany for example it’s probably 10 Euros, whilst in peru it’s S/.22 that’s equal to 4.76 euros, so 1 german buying the dlc is more money than 2 people buying in Peru. (I’m British but live in Peru)

man, stop atacking them, you have grown the number of players of age of empires 3, but if they dont want to promote spanish streaming, is ok. You should be more polite.