Or something like this. Or can someone mod this into the game?

You can quickly display this info with a hotkey. But agreed. The thing is for arabia 1vs1 (which is king of maps) this UI element will always display 0.

Which hotkey? And you mean de little info, if you change to the eco-view? 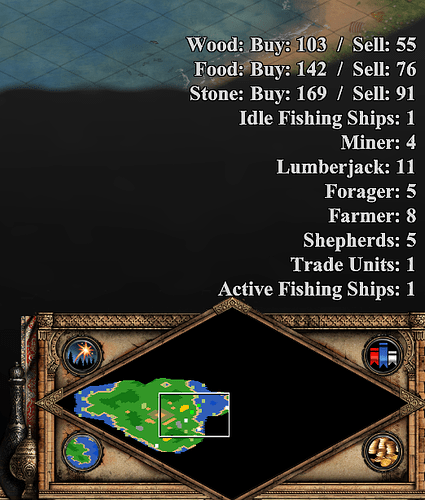 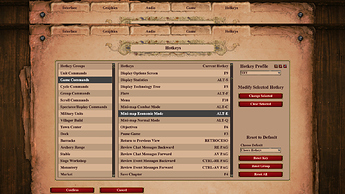 Yeah but wouldn’t it be nice, if those informations are shown on the ressources directly? That would be a even better UI

At least, those are informations (number of trade units & fishingships), which you want to know about on a regular basis.

I would like to see in UI total economical population count (villagers + fishing ships + trade units). When mouse is hovered over it, then tooltip should be displayed with separated villager, fishing ship and trade unit counts. This solution would use minimal amount of space in UI while allowing to easily see these statistics.

I would not like, if specific resource gatherer count would be split between villagers and fishing ships/trade units, because then I would have to add these numbers in my head each time I would like to know food/gold gatherer count.

It would indeed be great to see how many fishing ships and trade units you have directly on UI !
+1000.