i hope they reset the ladder after they fixed it. win / loss is broken for many ppl.

I went down by so much ranking because all my losses counted and my wins didn’t. This is a joke. The ladder needs to be fixed AND reset.

Same issue for me as well.

Same here. Multiplayer is a mess man. Leaderboard also doesnt work. It’s not even possible to search by name and rank of your opponent also doesn’t show when your matched. Very demotivating if you want to play competitively.

Same here, I won 7 games in a row and it doesn’t register even one.

No news, I’m sure it’s being worked on in a major patch.

It would have likely helped if months of beta testers and the 1st release patches reported it on time too.

Plz post here whenever it seems to be addressed so we can all know.

Hello friends! This issue should now be fixed as of Update 5208:

Today's update not only re-syncs Steam with the Microsoft Store so players from both worlds can enjoy each other's company, but comes with a large number of fixes and updates aimed at improving the stability, performance, and playability of the game.

Please let us know if you continue seeing issues and I will be sure it is re-escalated to the team!

Thanks for keeping us informed!

Please fix the ladder so you can view every 2nd page and beyond 200 players.

Looks very unprofessional atm when u go into the ladder

I just got a loss counted when my opponent lost connection - not sure if this is related.

that is a trick that cheaters were using on age 3 asian dinasties. They disconeted from game when losing and sometiems you got a lose instead of wining i dont know on what it depended

A post was split to a new topic: [Bug] Idle Villager Hotkeys not working properly

Still not fixed. Loss counted but 3 wins in the past few days all did not count. Same bug.

the enemy player quits, i got victory message, did it count?

Still not fixed. Loss counted but 3 wins in the past few days all did not count. Same bug.

the enemy player quits, i got victory message, did it count?

Can you both provide the following information: 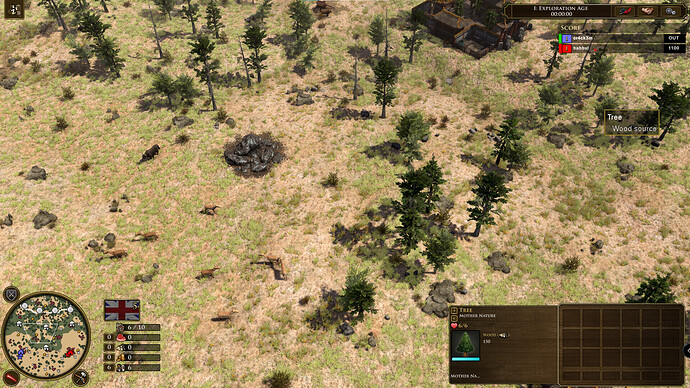 image1920×1080 1.23 MB
i dont know if the game counted or no, because i didnt see how many wins or loses i had before i played versus him, but he exit the match at 0:00 sec, i dont know if there were problems on server conecction or my conection to the server, i was watching an stream at same time, my internet were good. After that i had to close the game because it got stuck here 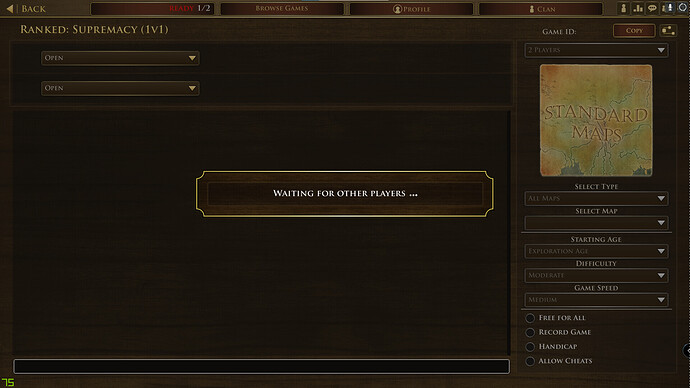 What happen whehn this happen? they should be penalized, maybe is the server III - Discussion

[image] how many seconds people have to get out of game without being counted on rating? 0 seconds? 10 sec? [image] [image] [image] it get stuck there its the server i had to close game

after he went out, “loading” appeared, but i think first appeared +17 or something

thats the only 2 games that he went out at sec 00:00 that i dont know if counted or no. Ive not seen if my games count, as i win only 50% of my games , i dont care if it count or no anymore… But ill check if all of them are counting to inform you

Sure. Apologies, I didn’t think to screenshot it and maybe won’t have manual recs, unless it’s automatic to save all recs. I can go try to win one again, and document what happens. Will be back soon.

For me it wasn’t like the above, it’s after a full game that was clearly won, no one leaves early or crash etc. but did the same result.

I played 3 games. After few minutes, suddenly “could not reconnect to the player”, so I lost (unrelated bug, and yes I had internet, it didn’t go out, was not on wifi) 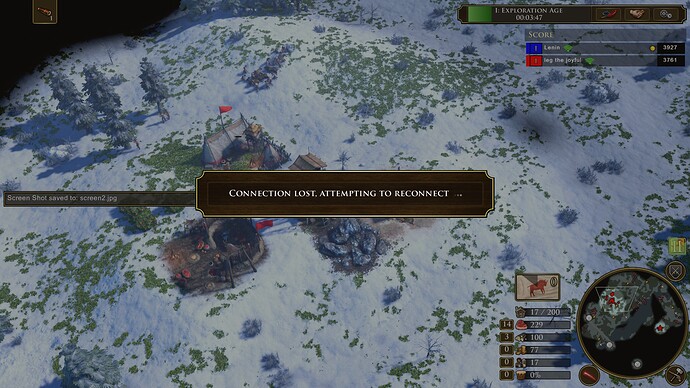 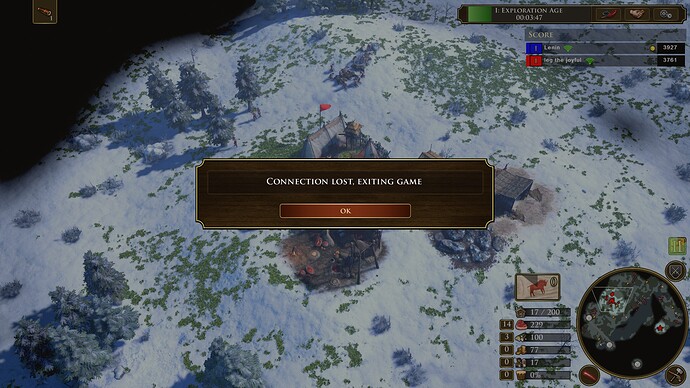 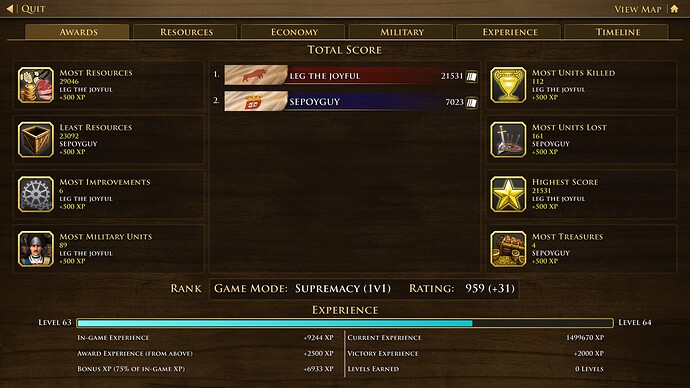 The third one won and it did the bug again: 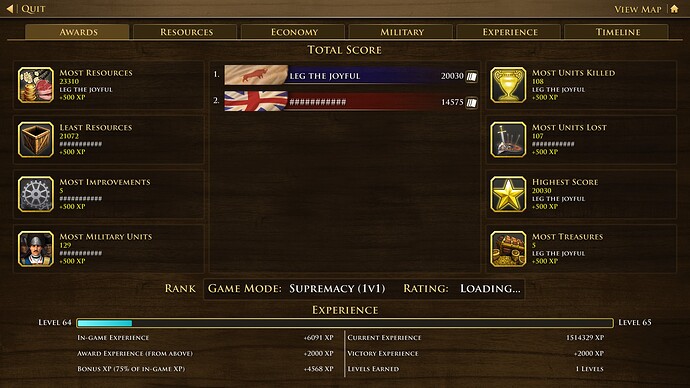 Here is the rec of this game where I won but it didn’t count: 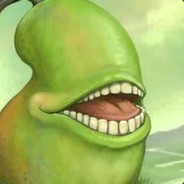 What I noticed:
One thing in all of them is I usually get ‘attempting to reconnect…’ during the game or at the very start, but the game just resumes and finishes anyway. I had it at the start of the game that counted. Maybe it’s related to which player sends the result afterward? Other than that, it basically works fine… internet/game/chat/player all continues to works.

Thanks all! Keep the reports coming along with the information as to when it happens (a match recording, score board delta, etc.). I’ve passed along the information you provided thus far, and will continue to raise the conversation if Elo is, for some reason, not updating properly.