Ranked matches - I’ve won and it doesn’t count more than half the wins to the profile, especially on 1 on 1 it happens most. It has been this way on all updates/patches so far (not fixed)

Team matches (2v2 or higher) sometimes refuse to start, but the issue is less prevalent there.

(Inca’s flag is extremely low resolution, but not that important)

Almost 1 on 1 game, especially if I briefly lose connection and reconnect.

The wins are supposed to count.

The game/win does not count in the profile.

Include a [OneDrive or Google Drive link] to a SAVE GAME or REPLAY FILE (.aoe2record) of the match where you encountered the issue. 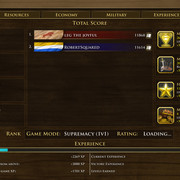 6 Likes
Ranked not working properly. Wont record any wins or losses
[Multiplayer] Ranking system didn't work for my account
Ranked Matchmaking games not counting (supremacy)
Ranked bug
I get a match on 1vs1 and players quits instantly , what happen with elo?
Rednote76 October 23, 2020, 2:19am #2

Same with me, but I am assuming it just takes some time to register. It may show up an hour later.
Update: only a couple losses showed up after about 20 wins in two days.

I’ve had 2 games not count when using the Ranked Game feature, both recorded, and both wins. The recorded games do NOT appear in my library after, therefore hinting that the game is not registering at all. To note, I’ve only played 2 games.

Match, win or loss, should count

What actually happened (what went wrong) because of the issue you’re reporting?
Win didnt count, unsure if a loss would count

I have only played two ranked games this morning.

Thank you all for the reports! We are tracking this issue for investigation, and continue to invite as much information as possible that will help us determine the behavior and root cause of the problem. Keep it coming and we’ll keep you updated as we learn more!

Ranked isn’t working properly, at the end of the game, instead of displaying how much elo you won or lost, it only comes up with “loading”. After the you exit the game and go back to the main menu, the leaderboards are also not updated. Sort it out please.

i am having the same issue. I have played 4 games but it only shows 2 in my stats.

the game closes suddenly on 1vs1 matchmaking games.
ive reported this already 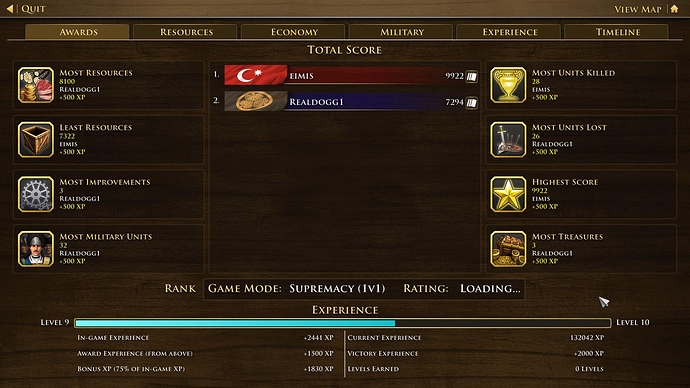 It started occurring after the new patch went live, at least for most people.

Was wondering if this was reported, I hope ranked games are at least being tracked and just arent showing. I have played a number of ranked matches now, team and 1 v 1s and my profile isnt updating.

same, it just happened to me , i won a 30 minutes game and still only 5 wins.
Wins counting
loses no counting
im starting to hate this game
probably is something that developers didnt do well, or probably is something as always happen in this rts game, players that find a method that when they lose, the match dont count.

To be fair AOE3 was mostly a buggy game and we found ways around it. So far we’ve got a team of devs working to make the game great. I think it is a matter of finding them bugs and making proper posts so they fix it? Most of the posts I made were patched in the last patch

yep, but we dont know his priority list, i cant wait
so sad that i have 1 lose game because game suddenly closed and 1 game i won didnt count

Always wondered why my rating isnt getting higher despite my high winrate.
Until i realised its not counting my wins 50% of the time…
i hope this gets fixed for future AND past games.

If its not possible to track past games please RESET the rating for everyone, otherwise its not fair.

Will the devs do something about this already? Your patch broke the ladder. You really should be fixing it.