so you dont mention the actual realistic options:

so you dont mention the actual realistic options:

I mentioned the DLC adding non-colonial European powers. I guess you know that in my topic I also mentioned Denmark-Norway?

A European DLC could also add non-colonial European powers as new civs such as:

Finally, I left Europe without maps and Minor Nations. Of course, it is logical that if they only appear in the paid DLC, just like the African maps.

The European DLC could be a relatively large DLC modeled on the old DLC to the classic AoE 3. It could give new features and mechanics for European civs e.g. more extensive tactics for military units - new formations, attack priority (buildings or units) positioning priority (who is on the front line - infantry or cavalry?), Mercenaries would not fill the default population (Outposts would provide a special population for Mercenaries) and more animals to train in the Livestock Pen (cows, pigs and maybe even poultry: chickens and geese).

More advanced formations and that mercenaries do not count as populations. I like that!. It would fit better here:

I will present my proposal on reworking to the European cattle later, but I want to know what you think about it. For now I leave you this information:

“Cattle were first brought to the western hemisphere by Columbus on his second voyage to the New World in 1493. Spanish explorer Hernando Cortez took offspring of those same cattle to Mexico in 1519. In 1773, Juan Bautista de Anza brought 200 head of cattle to California to supply the early California missions.” 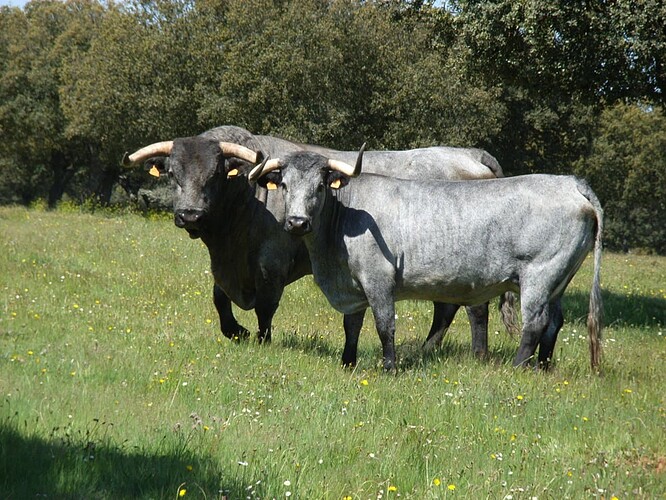 It is a somewhat difficult job, but I would be happy to do it because humanity would not be the same without the contribution that these beautiful animals have made to human development.

Map with forests and cliffs in the south and southwest, and in the north and northeast an ocean rich in whales and fishing, with a maritime trade route, and some small islands.

… Something tells me they will be in the future. 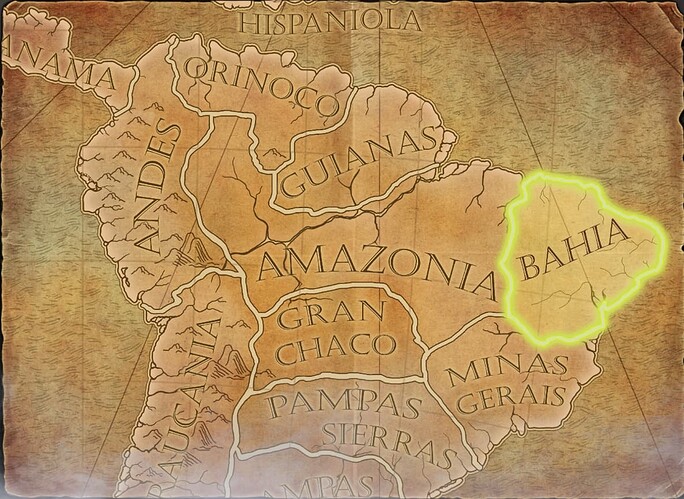 Someone from Brazil could suggest more natives apart from the tupis, and more different maps to the main Amazon basin.

This is just what I was asking for.

There was already a statement about it and I think they will add more maps (hopefully new biomes) and natives.

Hey everyone! Interesting topic. I’d like to provide some insight how the picks for maps and natives came to be.

Obviously the big majority of maps and natives was inherited from ES/BHG. With the limited time I do think they overall made a good job of picking relevant people for minor civs. However, we’re aware they’re far from perfect and that certain continents are underrepresented. That has several reasons! The big amount of American maps can be easily explained with the base…

I think that one of the weak points of AoEIII DE is the scenario editor: it’s the same from the legacy edition and gives no possibility to create a custom campaign like AoE II DE, which is a feature that would improve Single Player mode a lot. Do devs have a plan to improve it?

Flavor Cards That Should Be Added To Vanilla Civs III - Discussion

Maroons Maroons would be very efficient to implement minor faction that could fit an extremely broad set of maps. They could also help to fix the most inaccurate placements of minor tribes Location: Caribbean, Hispaniola, Florida, Bayou, Carolina, Yucatan, Panama, Orinoco, Guyanas, and Amazonia They would also fit into a variety of new maps like Mosquito Coast, Mascarenes, Maracaibo, or Liberia Unique Unit: Maroon Guerilla [image] Maroons were communities of escaped slaves who hid in the …

What is promised is debt. I hope you like it.

European cattle Better than ever!

Prologue: Note: It is important that you read so that you do not miss the details, but if you want to get to the point, start reading in ‘General concept of mechanics’ and below ‘Artistic concept and gameplay.’. Next I will present a complex idea about what I consider necessary for the usefulness and biability of European cattle to be as practical to use as African cattle are now. I had made some proposals related to this aspect of the game in other forums and my proposal seems to have been l…

The pens would have to be redesigned so that the animation of milking or shearing looks good. FE has good artists and they will surely do better than what I proposed (if they do, of course). But I would love it.

For those who say that this would be something OP, I would say that this is similar to a sea strategy. It would not be an opening strategy and you will depend on cards to make it biable. For instance:

The letter of 7 infinite sheep + a corral would be reduced accordingly and the corrals would be more expensive in wood.

The card currently enables cows in the corral, but it is better that they are accessible from the beginning with a maximum of 10 and a price higher than that of the sheep.

This way the player can use cattle later even if he does not have cattle decks. Such as someone who does fishing without having opted for an economic strategy of the sea, it would not have the same benefits as if you used the cards.

And if they could add Jesuits to more South American maps that’d be nice too.

They have been doing that already. I think the change is nice in a historical sense but gameplay wise it won’t make much of a difference if Jesuits are not buffed, specially in terms of techs to African Natives level viability

Native gunpowder units are needed for Central and South America. Tupies could have powder units. Even cannons because I think they used artillery too (I’m not sure). A minor faction that grants artillery might be interesting.

Maroons would make the most sense for a powder unit in that region. Tupis may have used guns eventually, but it would have taken them a while to adopt them.

If they’re ever added as a minor faction, Malay could have an artillery unit as some type of Bedil.

Bedil is a term from Maritime Southeast Asia which refers to various type of firearms and gunpowder weapon, from small matchlock pistol to large siege guns. The term bedil comes from wedil (or wediyal) and wediluppu (or wediyuppu) in the Tamil language. In its original form, these words refer to gunpowder blast and saltpeter, respectively. But after being absorbed into bedil in the Malay language, and in a number of other cultures in the archipelago, that Tamil vocabulary is used to refer to a It...

I re-checked the card roster for several civs and I think Swedes should be the new “benchmark” of the card designs for European civs in future updates. If you look at the number of unique cards and unique mechanics provided by cards, Swedes has much more.
They do not to be so unique as US or Asian/African/Native Americans civs because those civs are already very unique in themselves. But it is still possible to add a lot more new cards based on actual history. Look at US, they can dig out so many small events in the history of those 20 states in the game and turn them into cards. Not to mention Africans and Aztecs/Incas who already had a lot of unique cards but still received more in recent updates. Meanwhile many important historical and regional/ethnical themes are still missing for the old European civs.

That would not necessarily affect high-level competitive gameplay just like many gimmicks in the non-European civs, but it would make them more appealing.

yeah i agree that Sweden is a good point for European faction to look at in terms of uniqueness of cards, the way you for example upgrade units is completely different with Sweden compared to other European factions where it usually is just dmg/hp for 2 units. instead with Sweden its dmg for ALL melee units or caroleans now have ranged resist.

i think the germans try a little to mention some history? but obviously it is such a big and diverse group that it is hard to include things, not only in cards but also in units.

If in the future they include maritime trade routes in American maps, the most obvious maps for this would be the Caribbean and Hispaniola. The trade route of the Caribbean map goes from being a trabois to a merchant ship. On the map Hispaniola would be something new, but if this is included it would cease to be a boring map that people almost always avoided playing.

In addition there could also be treasures in the water.

There could also be treasures in the river.

I want Koreans to be a major civ not just some minor faction in the korean map. I agree with the rest of the suggestions though.

I don’t know if it meets the requirements enough, but I would love to see this unit:

It might not be a full civilization, but it could be a consulate ally, or the age-advancing one of some new civilization in the future.
2 Likes
next page →