There are very small Muslim minorities in Mongolia and significant numbers in the Tarim basin but these are very poorly represented by Sufis on elephants. The Buddhists in Ceylon are a bit less of a stretch. One of the developers commented saying for minor factions to be worth the effort they have to be used in at least 5 maps. A Mongol settlement would fit into Mongolia, Manchuria, Silk Road, Yellow River, and even Siberia so it’s not like it’s too niche to be worth the effort. A better fit for Ceylon would be Tamils but the map pool to justify that would be a bit small without more maps like Malabar or Coromandel to fill out India.

There were muslims in Mongolia but not sufi muslims or muslims with war elephants. That’s the biggest problem.
Sufi in the current game is the only muslim minor faction and has war elephants. So they are there whenever they need muslims and/or war elephants.
In case of Mongolia, the war elephant part does not fit. (and Sufism wasn’t influential in Mongolia either, but let’s first pretend Sufi = muslim in this game)

If one wants to stick to “muslims in Mongolia”, at least design another muslim site that fits better (without war elephants). Or simply implement a Mongol native.

Same with Zen. Zen is buddhism but buddhism is not solely zen. Also the Zen site in game is very Japanese-flavored and does not fit in many other parts of the world.

In fact buddhism is very influential in Mongolia as well, but the Zen site does not fit either because it is too Japanese.

The Jivaro used the plant curare to poison their darts so the unit would obviously be a blowgunner that inflicts poison damage.

The Jivaro believed that “By repeatedly killing, one can continually accumulate power through the replacement of old arutam souls with new ones.” This could be included as a mechanic where after every kill, the blowgunner’s attack increases or health replenishes.

The Jivaro were headhunters who fiercely resisted the Spanish and Inca and whose shamans used Ayahuasca in their healing ceremonies.

Sounds good to me, as a suggestion the Jivaro could have 2 units:

The Iwias could be a spearman with a speed equal to the Coyote Runner and also possess the stealth ability.

One of its technologies could be “Arutam Encounter”: it is a religious rite of passage, carried out mainly by Jivaro males to “have a close encounter with the spirits” with the objective, among other things, of improving their performance in combat; this technology could increase the attack of the common soldiers and/or the Explorer.

Another interesting idea could be to create a map that has day-night cycles (like in Warcraft 3 / DOTA), Jivaroan warriors could increase their attack stats at night (like Night Stalker from DOTA).

As a final comment: the Jivaroan have always been associated with terror (even today)

Flag of the Wampis (a group belonging to the Jivaro people) recognized by the UN, takes as its inspiration the symbols used by the Jivaros in the colonial period. 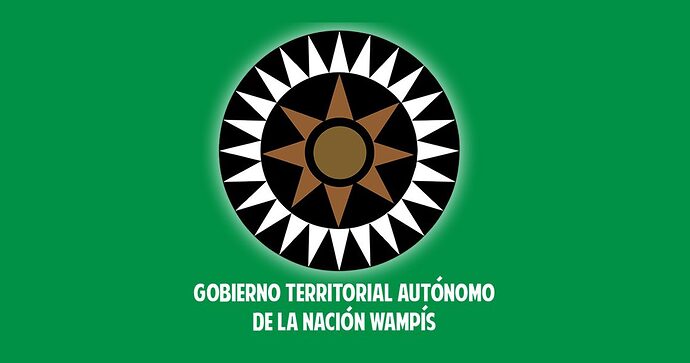 Interesting stuff, thanks for adding to the topic.

Jivaroan Blowgunner is a pretty plain name, maybe that could be called something like Iwias or Wañuchic or some of the other designations mentioned here:

I really don’t like speedy spearmen or speedy stealth units. A stealthy but slow spearman would be unique enough on its own.
Plumed Spearmen are a cheese unit because they can do hit and run sieging of buildings while countering anything that’s fast enough to catch them and avoiding anything that counters them. Scout rushes with a speedy stealthy unit were also very annoying. We don’t need more annoying units like them.

I also remembered the Iwias belonging to the army of what is now Ecuador, they fought in the 1995 conflict. 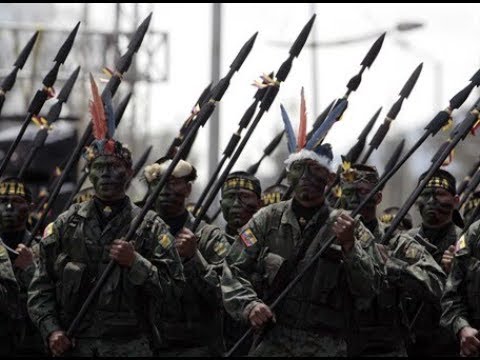 At first the Ecutaronian Iwias fought against young Peruvian recruits from the border (ironically, these recruits also belonged to the Jivaro people), later they fought against the Yanahuma commandos.

I really don’t like speedy spearmen or speedy stealth units. A stealthy but slow spearman would be unique enough on its own.

You are right, a fast lancer and also with stealth ability would be too OP, so it could be a medium/slow speed lancer/halberdier with good siege damage and stealth ability (which would be more historically accurate) 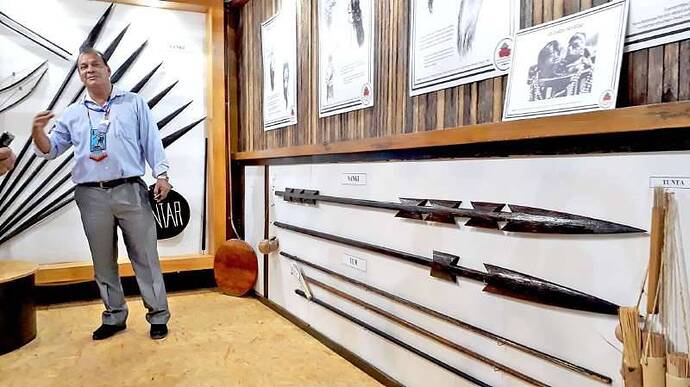 Now that new natives are being added in regions already contributed by old expansions such as the Asian dynasties, to represent those regions with more historical precision, I believe that we should also do the same in South America. For example these are potential minor factions that could fit into some existing maps, but would ideally add new maps with new fauna and flora. This in order for these tribes to meet the requirement of being present on at least 4-5 maps. Existing maps such as the A…

Looks like many ideas discussed here got implemented. That is a great news.

Oh, have any civs been removed or added?

At least Tengri is added to some central Asian maps.

They should at least add more maps to Mexico/Central America, instead of putting Mayas and Zapotecs in South America.

I’d suggest at least adding another Muslim minor settlement for the sake of it.

I’d say make an Arabic Muslim minor civ and maybe an Egyptian minor civ as well. Maybe even make the House of Osman an actual minor civ instead of just a card.

Non of the civ cards that are house of … are a minor civ as far as I am aware.

I think Bragança is a branch of Habsburg (or maybe Wettin since that’s what shows up in the Portugal map).

Like stated by YolkyPage Braganca is not Habsburg, the only Habsburg rulers of Portugal were the ones of Spain who ruled Portugal in a personal union.

Wettin is the German house that ruled (Braunswig first I think?), Hanover and then Britain. Wettin is probably on Portugal map due to them having the oldest alliance

Zapotecs should also be removed from Incas’ card American Allies (or however it’s called). Might as well replace them with the Quechua.

Damn I feel stupid now lol, I knew Wettin was Saxony, but I guess my brain just decided to not to, not Braunschwig though, what is Welf.

Although Britain and Hanover are cadet branches of Wettin.

I hope the devs get around to adding the Wittelsbachs to the Acropolis map; aside from acknowledging the Philhellenism of the House and the reign of Otto I, I think it would help make it less boring by reducing the number of maps that exclusively feature the Phanariotes as the only available minor civ.

I think if there was an Ottoman minor civ that would help with variety as well.