Several of the South American maps have native settlements of tribes that live far away in Mesoamerica.

There are two significant and fascinating native civilizations that could be added to replace these anatopisms; the Muisca and the Jivaro. Additionally, Maroons could also fill out many of these maps.

Muisca warriors were adorned with feathers, emeralds, and gold and even carried mummies of their ancestors into battle on their backs. They used a variety of weapons like blowguns, slings, atlatls, clubs, and spears. They protected themselves with large shields and cotton armour.

Guecha would be best represented as a musketeer/line infantry class. They could attack from range with an atlatl and up close with a club. Range resist instead of melee resist could represent their shields and cotton armour.

The Muisca Confederation was politically advanced and their economy was rich from salt and emerald mining and agriculture. They had coins and elaborate goldworking and may be the inspiration for El Dorado.

Cacique - Ships a Cacique hero unit. The Cacique could carry a mummy on its back to buff nearby units with the power of its ancestors.

The Jivaro used the plant curare to poison their darts so the unit would obviously be a blowgunner that inflicts poison damage.

The Jivaro believed that “By repeatedly killing, one can continually accumulate power through the replacement of old arutam souls with new ones.” This could be included as a mechanic where after every kill, the blowgunner’s attack increases or health replenishes.

The Jivaro were headhunters who fiercely resisted the Spanish and Inca and whose shamans used Ayahuasca in their healing ceremonies. 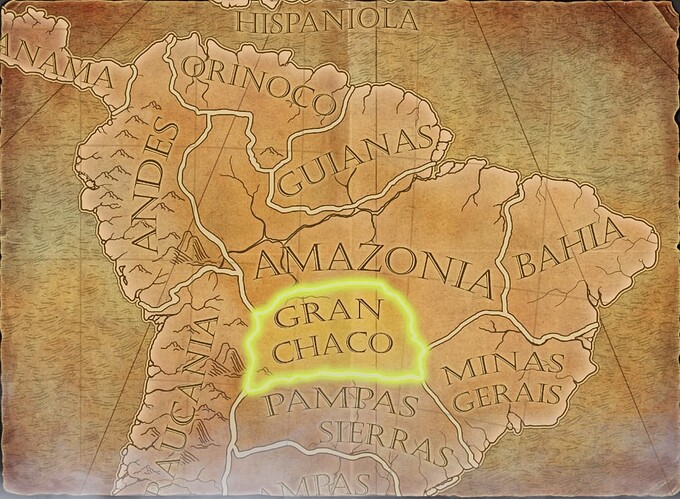 Overall, the minor civilization distribution should be as follows:

Hope devs see your post, and eventually add more maps as they have been doing.

Also taking advantage of your post to coment that as Inca settlements have been brought back, would be nice if Aztecs settlements were too, plus more maps to Mesoamérica region.

Zapotec are the Aztec equivalent in the same way that Quechua are the Incan equivalent. They’re not going to bring back the Aztec settlements. Also Panama looks like it will be added to that region.

Just to mention, Asian religious sites are overused. Especially, Jesuits and Sufi are almost everywhere. You even have Sufi in Mongolia with their war elephants. I’d suggest at least adding another Muslim minor settlement for the sake of it.

Very true, I was just focusing on South America where they updated things and seemed to double down on some really out of place ones like the Zapotec.

At least with the Jesuits they’re in the right locations. The same can’t be said for Sufis and Zen temples. Asia really needs some minor settlements like Mongols, Malay, Afghans, Ainu, Turkmen, Bedouin, Tibetans, etc.

Yes they work as replacement, but isnt entirely correct.

Quechua and Incas belong to the same cultural group and share units or have a resemble.

While Aztecs and Zapotecas don’t, Aztecs were essentially Nahuas, while Zapotecs were another different group.

So for example, Tlaxcaltecas, Cholultecas, Mexicas (Aztecs) along with several other groups belong to Nahuas, and geographically were in now days center of Mexico.

Yes they share a few things but were 2 different Empires, it’s a shame little is known but Zapotecs could be another civ as Mayas.

Zapotecs ocuppied now days Oaxaca, and Mayans Yucatan and Guatemala, be noted that Mayans were at the time Spanish arrived, in decadence and many big cities have been abandoned.

Also in the north were another Empire the Purépechas, so not only minor factions are wrong map is too.

Climate, minor factions and fauna are all mixed…

Pd: would be nice If some American maps had Jesuits or some type of Missionaries as Asians and Africans.

Arent the Huastec very close to Mayans if not Mayan themselfs? And then not speaking about modern definitions of Mayan.

True they’re not exactly equivalent since Quechua actually are Inca. I don’t think more minor factions that are already represented by major factions are a good idea though. Having the same units between major and minor factions already makes things excessively confusing. Tribes like Mexica and Mohawk would be too redundant. Something like the Tarascans (Purépecha) would be okay though.

That I do agree, but I do believe too that we should have some kind of representation of native group of the region.

So having Zapotecs and Mayan as possible allies, while not having an Mexican because it’s already a civ is contradictory, also the map itself uses a Hugh chunk of territory, in other words I believe in this case the map is the problem…

Arent the Huastec very close to Mayans if not Mayan themselfs? And then not speaking about modern definitions of Mayan.

After a quick research, yes they seems to be a mix between Mayas and Nauhas, originally Mayans and it’s language derived from Mayan.

Tough I not expert in the topic, only like to read about.

Which maps are wrong for Sufi and Zen?

Also I asked before but you didnt answer, arent the Huastec very close, if not, Mayan?

Because then Sonora should have them.

It looks like Huastec are Maya, I didn’t realize there was a group of Maya that far north. In DE the Sonora map is actually in the northwest where it’s supposed to be so neither Maya or Zapotec should be there. A Tarascan minor faction would be a good fit for there though.

Ceylon for sure and also Parallel rivers are regions of Theravada Buddhism so Zen temples don’t fit there.

As another person stated, Sufis are very out of place in Mongolia. And they’re pretty overused with them being the stand in for Muslim groups everywhere.

Since North of Mexico was Aridoamerica, there are quite a few groups, exactly which don’t know.

The old Sonora map included the area of Veracruz on the loading screen so that would be why Maya were in the map originally.

in Mongolia with their war elephants. I’d suggest at least adding another Muslim minor settlement for the sake of it.

@M00Z1LLA I always wondered why Caribs outside the Caribe Islands. Is correct to found them on America mainland?

Yes, Carib people live in the north of South America. Here is a distribution of Carib languages distribution: 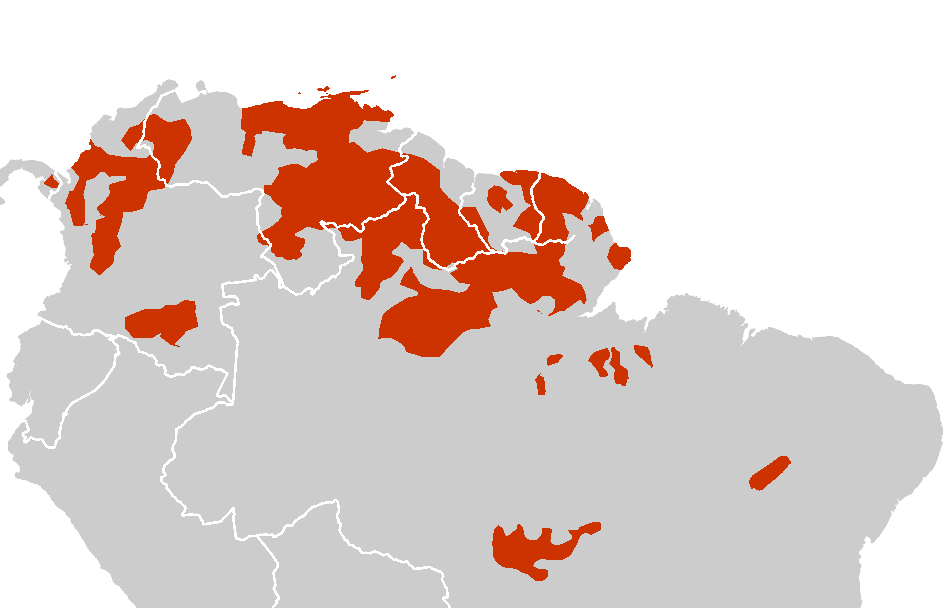 @TouchierFiend53 and @M00Z1LLA, No Huastec are Huastecs, Mayas are Mayas. Even if mayan people moved to Veracruz and settle, eventually becoming Huastec their are not the same.

Yes you are right, It did, its been a while I had forgot xD. So to better picture it lets see some maps, whats now Sonora and Mexico was before Sonora. 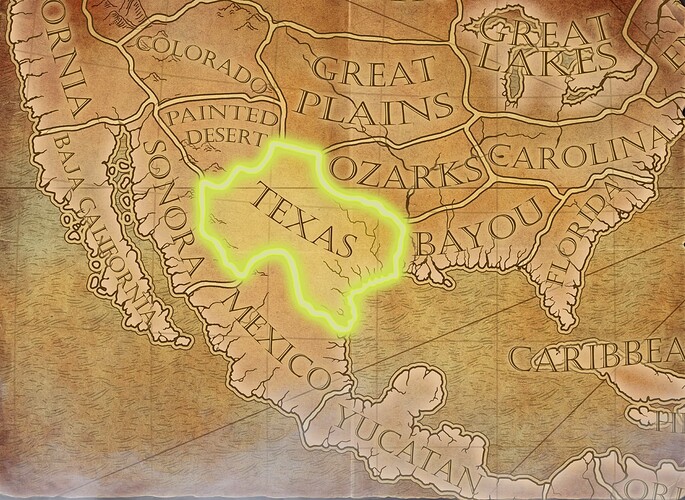 This is map of cultures, be noted that some cultures there didnt not lived at the same time, for example, Toltecs, Teotihucans, Olmcs, Mixtecs were pre cultures of many in at the time Spanish arrived. 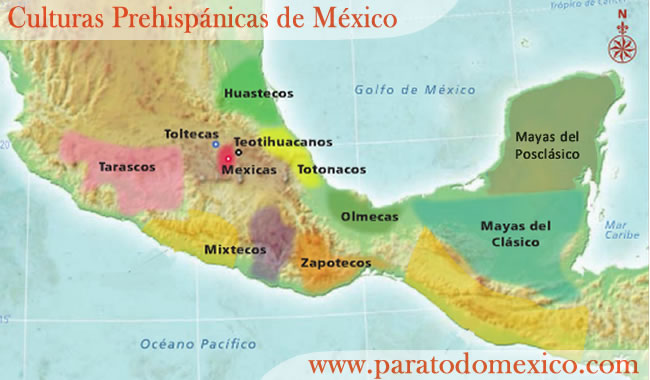 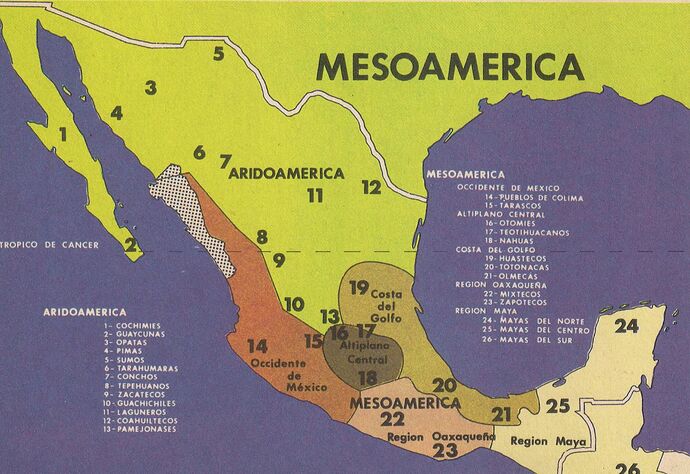 So Chiapas, Tabasco, Campeche, Yucatan, Quintana Roo, Belice and Guatemala form “Yucatan”, and along with Veracruz are mostly selvatic, with humid zones and dry zones. But currently in game, there are few to none “Palmeras” within this map.

Note: Belice, Guatemale and below are “Central America” that were “eaten” by orignal devs in 2005…

So, “Yucatan” should look more like “Caribbean”/“Hispaniola” but with far more green and trees.

The center of Mexico has as I sayed, forest, arid zones, and so on. While in game is presented as this: 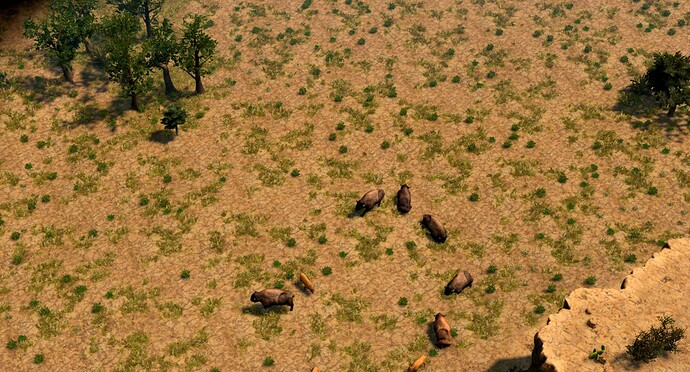 While Mexico didnt have as far as I know Bisons… and is not as arid, in this sense Texas diversity is better represented with bigger patches of grass and cactuses a very distinctive thing of Mexico and also that is represent in Aztec Mythology and within Mexico Flag. 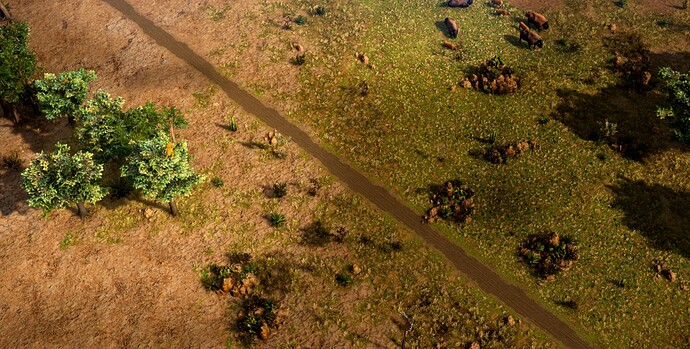 Pd: sorry got excited with maps and this things xD.

Haha yeah, while I was making the post I was wondering if there was an equivalent word to anachronism but for position and it turns out there is.

Caribs actually originate from northern South America. The original inhabitants of the Caribbean were the Taíno but they were wiped out by disease or assimilated pretty quickly.

From what I read in modern definition Huastec are not mayan, but before modern day the term refers to all the different groups which collectivly are known as Maya.

There are muslims in Mongolia today, so I would assume they must have been there aswell in AoE III timeframe.

Also it seems to me that Mongolia in AoE III (atleast vanilla) the map also includes Xinjiang, which is the muslim dominated area in China.

Zen is a form of Budism, and they are not going to make region specific for every single map. Thats too much work, and pretty much impossible to get unique units for all. The most they should do is rename the temple and technology names in those maps.