I explain the situation to them.

Playing with Choson I could see that the store technologies (armor, shields and attack) are cheaper.
I checked the tech tree and it doesn’t say anything about this, as it was an addition of some update, but the information was not updated in the tech tree.
Likewise, the information of the technological tree shows the reduced cost of units for those civilizations with bonuses and others not, it simply shows normal cost. The same happens with HP or attack.

Sorry, I didn’t put reference images before. Are here: 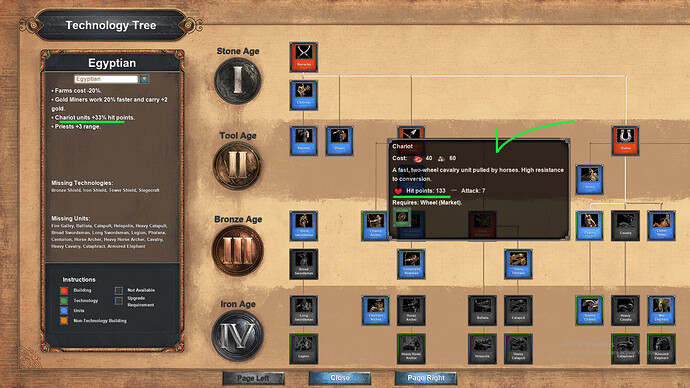 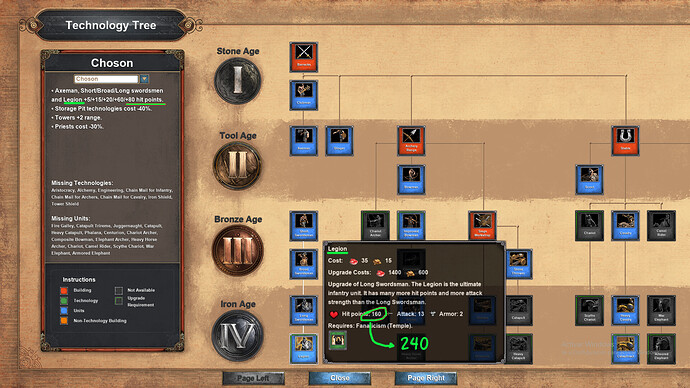 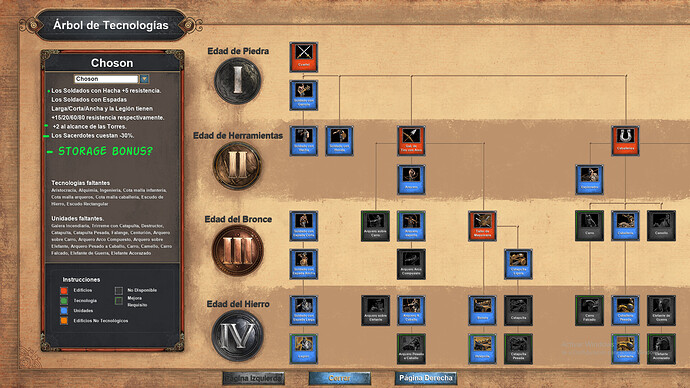 And this is the Spanish version, which does not mention the storage bonus. Before doing this I did not know that the missing was only in the Spanish language. Sorry for not clarifying.

The same applies to the Carthaginians, who start with 50 more food and gold. This should also be noted.

AoE2DE has also these kind of issues. For example if you are different civ and looking another civ bonuses you wont sometimes see correct discount or buff values.

In aoe1 choson infantry hp buff doesn’t show when you are not it correct age or haven’t upgraded unit.

Balance changes seem to not be updated to the localisations.
Saw that in the German version of the game.
Its also not updated in the official website.

There’s an overall disrespect attitude towards people from other countries. Spanish support for Lords of the West is also pretty barebones and mediocre, with issues of the same type (missing translations, texts missing, civilization names spelt wrong, etc.).

Exact. Something similar happens with Lords of the West. The Burgundians changed their bonuses when the game was launched, but in Spanish they follow the old bonuses that are quite different. For example, cavalry does not return 50% of the gold when dying as it says in Spanish, but cavalry improvements cost half.