Here there is more info about the mod I’m making:

How do you actually solve the “problem” that there are storage pits in AoE 1?

I’ll use those as mining camps, granaries as mills. What bothers me about the buildings is that in AOE1 they are all 3x3 tile sizes, but in AOE2 we have 2x2, 3x3 and 4x4 sizes

If you want to play AOE2:DE play AOE2:DE. but changing things like pathfinding or adding gates completely changes the game to the point that it isn’t the same game. I understand that the casual audience might be okay with that but anyone who plays AOE1 seriously would consider a remaster that changes the engine as unplayable. Why do you think people continue to play super smash bros melee despite numerous iterations of the game being released.

I share your opinion about the game being different than AoE2, and overall, I think improvements and bug fixes should be the priority.

I’ve done a tutorial on how to migrate an AOE1 building or unit into AOE2: [Tutorial] How to export an AOE1 DE unit or building into AOE2 DE

Are the files converted available anywhere for download? Also, I was wondering, is it possible to import the AOE1DE farm to AOE2DE and use it like a farm as well to add some variety for aesthetics? And have it farmed like regular farms?

I’m using AOE1DE graphics are aesthetic additions to add richness and diversity to AOE2DE. The Chinese buildings in AOE2DE are terrible. AOE1DE ones look so much more impressive especially for imperial age buildings. A proper Chinese building set is badly needed.

In the tutorial thread I’ve put a link of a slack group where I’ve uploaded some of the files I’ve converted. My idea is that people could share their work making the assets available for any modder.

About the farms, it won’t be hard to add AOE1 into AOE2. Problem is that the one with a small house on the farm might look a bit odd with the villager walking through it.

There is no farm in AOE1DE farms, its just a plot with plants and a few pots.

You have a great love for age 1, just like me. But MS seems no longer interested in developing it, we are always trying to develop the community on our own. If possible mod, please help us have an audience mode like the existing aoe2 de side.

Hi guys. I converted some buildings in the 4x size but when I put them into a data mod format they crash my game. Is the 2x format good enough for UHD quality resolutions? What resizing is required in the SLX Studio? 100% size is ok?

Yeah, vegetable plot is the right term, I guess. A farm is something bigger and more complex than a couple of plants on the ground.

I converted some buildings

Can you teach me how to add/replace unit icons in AoE:DE? 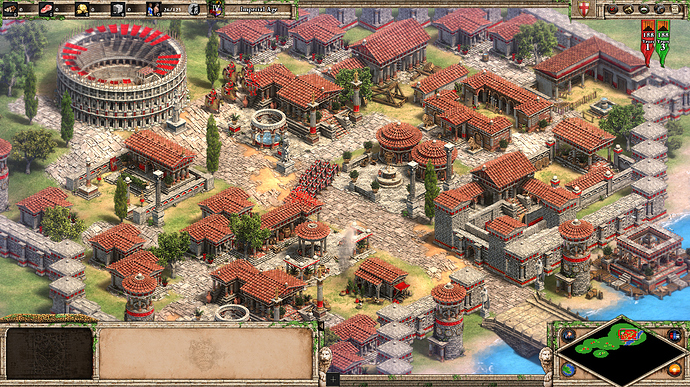 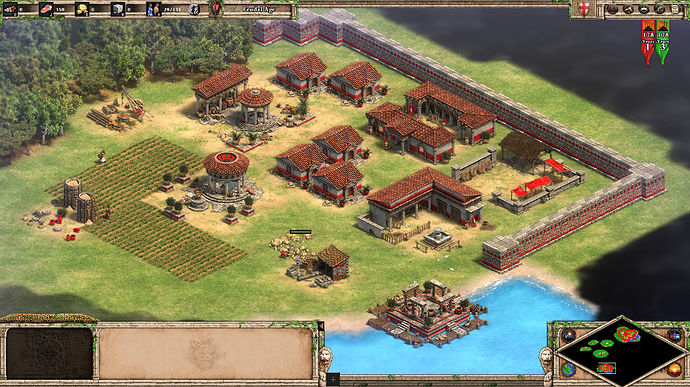 Wow, looks amazing… Assuming development is complete, could this mod be downloaded as a set of custom scenarios with which to play custom games? I wish I could play random/custom games with AoE2: DE eventually.

Second question: is it easier to bring Age 1 to Age 2 than the other way around? (I’m not exactly a modder for AoE1 nor 2, hence I ask)

What I’m doing is bringing Age 1 to Age 2, but it won’t be exactly Age 1, but Age 2 set in antiquity. Age 2 engine is better I think, the scenario editor is more complex. When finished will be a total conversion mod, that will allow any user to create scenarios. As you can see I’ve added a castle for Roman set (will be renamed as fortress), will also add gates. Also civs like celts, germanics, huns, goths will be included

I agree. Age of Empires II Definitive Edition is an incredible improvement upon the 2013 game with all its user friendliness, shortcuts, new features and the list could go on and on. I also have AOE I Definitive but I can’t play it for long because it is just too basic in comparison.

I would even buy a paid expansion for AOE II Definitive Edition with new campaigns based on the ideas of AOE I, maybe also add the civilizations since AOE II can also include some ancient civilizations.