About me and the current situation:

I have been a passionate Age of Empires player since my early childhood. I have always preferred AOE2 to AOE1, as it is in every way superior than its predecessor. I had high hopes when AOE1:DE was announced and when it was released it left me disappointed. Except for the (awesome) graphics and a few minor QoL features, not much has been changed with the excuse of “keeping the gameplay as true to the original as possible”. Pathfinding ist still a mess to this day when you compare it to AOE2:DE. I think you could have done much more to bring the game into the 21st century.

I’m currently working on a total conversion mod that makes AOE1:DE playable in AOE2:DE. The further I progress, the more I encounter problems with hard-coded functions etc., which ultimately leads to differences in gameplay not to mention the insane amount of work. Even if I were to finish the mod, I wouldn’t know if I’d be allowed to publish it, since I took all assets, music etc. from AOE1:DE.

The community of AOE1:DE is not dead, but it’s less and less active. Please take your time and read the following suggestions, before it’s too late.

How would an engine port help the game?:

AOE1 and AOE2 are very similar games in terms of gameplay mechanics and they even use the same engine, just different versions of it. You’ve done a great job with AOE2:DE’s engine, and it’s still being developed and improved. Why not use this as a foundation on which you can also build AOE1:DE? You don’t have to turn AOE1 into AOE2, but you can still bring many of the features that made AOE2 so great to AOE1 as well.

Many awesome changes/suggestions were already discussed in this thread:
Let’s debate some game improvements!
People are not discussing this for fun, they love this game and just want to participate in making it better.

Here is a list of the things which you instantly get with porting AOE1:DE to the latest Genie Engine version of AOE2:DE: 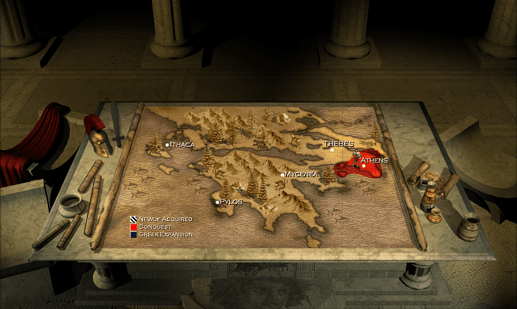 One of the coolest additions to AOE2:DE are the civilization icons and I would love to see them in AOE1:DE too.

Well, nothing much to say about that. It has been discussed over and over again, it just doesn’t make sense to not have gates in the game.

Garrisoning should be enabled at least for towers. It’s a great function and would add new strategic opportunities.

Unit stances are a must. Adding them would not affect the nostalgic gameplay experience in any way. Formations are however discussable. You can either make them always available or you can make them researchable as technology for example.

Add more units which are shared by a few civilizations (replacing the academy unit, hoplites make no sense for asian civilizations for example). I don’t think that unique units for every civilization like in AOE2 will suite AOE1, but a few new units will definitely refresh the gameplay.

Every civilization should have it’s unique wonder as they have in AOE2.

Give civilizations more complex tech bonuses, which would give the game more depth.

With the new possibilities that the AoE2:DE scenario editor brings, dialogues and all sorts of things you can do with triggers can be added to the campaigns to make them more entertaining, challenging and varied.

Replay and spectating functions are essential not only for the players but also to content creators. The latter are especially important because they can get more and more people interested in the game (best example: T90’s Hidden Cup 3 => more people get interested, more people buy the game).

AOE2:DE’s mod support is really amazing, huge thanks for that. There are so many things that can be modified, and on top of that, you are also able to up- and download all of this custom content via an in-game mod manager. All these possibilities would also help AOE1 to become a much more long-lasting game.

There is no classic mode in AOE2:DE and that’s fine. I don’t think the classic mode in AOE1:DE is played very often anyway. It would only hold back the development of the “modern mode” since you have to keep everything compatible. What you could still implement is a “classic mode” based on the current state AOE1:DE (with new graphics and current balancing) for people who like the game as it is but with much better pathfinding.

There is so much potential for new content, like new civilizations or campaigns. In AOE2:DE pretty much all the relevant powers of the world are represented, but not in AOE1. I’m sure many people would buy new content. Make use of this potential!

I would like to thank Microsoft, Forgotten Empires and all the other studios involved for all their efforts to revive this incredible franchise. You’re doing a great job with support and regular updates for AOE2, please consider to also treat AOE1 with such passion.

@Devs:
If you have read up to here, I want to thank you for your time and ask you to make this game really definitive.

@Community:
Tell me what you think about my suggestions.

It never made sense to me that devs decided to use the original AoE 1 engine for the definitive edition tbh. It would have made much more sense to work on a update of AoE 2 engine, which can do everything its precedessor can do and much more. And if you don’t want to, you can always avoid using the extra features, but at least they are there for mods or potential expansions.

I hope devs will listen to you, but they don’t seem to care much about AoE 1. Which is a pity, so much wasted potential…

Thanks for your suggestions! It’s the same old song. I don’t even want to go into the individual points you made. Some are urgently needed, others are nice to have, some I even miss.
I have come to believe that MS has no interest whatsoever in realising the huge potential of this game. You will only do what is necessary. That means that technically at least it works. Comfort will unfortunately not be added. It is sad.
I really hope I’m wrong. But if I was, MS would have announced something or at least announced projects/ideas long ago.
Nevertheless, I will of course not let Age1 go, even though it will always remain unfinished despite its age.

Yes it’s just sad. But i won’t give up on AOE1. Maybe some day our requests and suggestions will be heard and we get what we want and deserve.

I hope so too. But I doubt that any of these posts will be read, let alone taken seriously.

Of course, there are a lot more things, but the post is already very long, so I pointed out the most important things which have to change (in my opinion).

hey XWHIT3W0LFx, I’m wondering if you have any public download of your AOE1DE conversion mod? I’ve been researching modding the last few days, and am curious if you have any plans to make your progress publicly available, or even open it to community contribution? I’ve always loved the original AOE unit skins and would love to see them ported to AOE2DE’s engine with their quality-of-life improvements.
I’m rather new to using AGE and SLX Studio to modify SLP files to SMX, but I would love to learn more about the process.

I’m having the same feeling than Whitewolf. I think it’d be great to have ancient civilizations in Aoe2 engine, since it allows much more things than AOE. Without any experience in modding, I started by replacing buildings for AOE1 ones with SLX editor. But units are much harder since they get thousands of image, and I need to resize them so they fit AOE2. And when I do so the anchor point get offset. Was anyone able to migrate units successfully? Any advice? 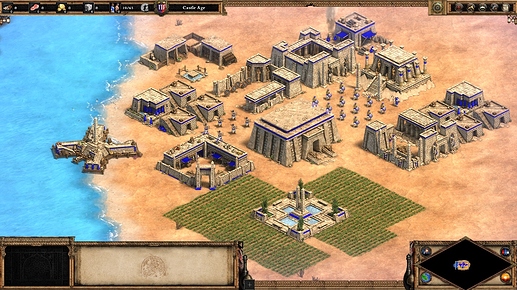 It was a very time consuming task, but I managed to get most of the AoE DE graphics converted and ready to use (UHD x2 graphics only).

Sorry for my stupid question, that it’s an Age2 Mod?

Yes, It’s a AOE2 mod that would replace the civilizations for ancient ones, including AOE1 ones and new ones like germanics, celts, nubians, huns. What I’m trying to do is to convert AOE1 units and buildings into AOE2 x1 files.

I am COMPLETELY AGREE!

Hi guys! I am working on a map for a campaign on the An Lushan rebellion in China’s Tang Dynasty period. Below is a section of the Imperial Palace compound of Chang’an. Any tips or advice or suggestions you can give me please? [Screenshot (386)]

Managed to get these chariots into AOE2 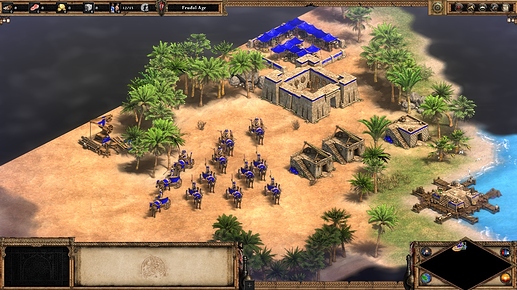 Awesome! Can you create a special skin for egypt chariots?

All I can do is to transfer units from AOE1 to AOE2. Each unti has 1440 pictures so I won’t be able to make skins. I will create a skin for gates though, since AOE1 doesn’t have any. I’m planing to keep using some AOE2 units for my mod, such as horse archers, samurais, nordic warriors, woard riders, cho ko nu, etc for non mediterranean cultures. I always hated those chinese hoplites 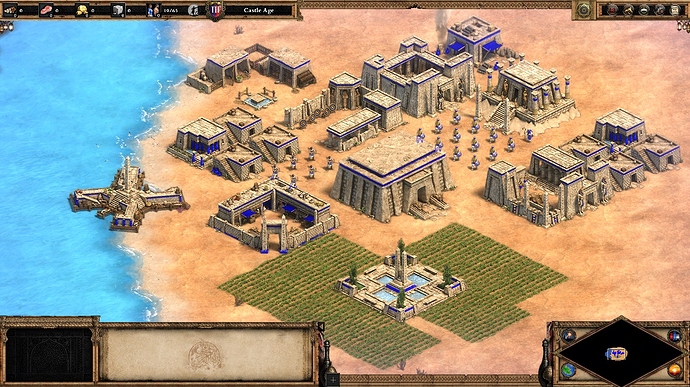 And how did you change the barracks units and archers here?

Those are AOE2 Eastern Swordmen, they came with the game, available only in Scenario editor. I’ll use those unique units so that non western civs won’t be using hoplites or legionaries. Archers in the picture are regular Feudal Age AOE2 archers.

Here there is more info about the mod I’m making: