We have the fleur-de-lys flag for a long time without being able to change it.

While we have Napoleon Bonaparte as an AI personality, the Napoleonic wars as a historical map and the bonaparte house card that taunts us with its blue-white-red background

Here is my proposal for the French Revolution. I’m not the only one, I share the topic of ArrivedLeader22 who has another proposal: https://forums.ageofempires.com/t/idea-revolutionary-france/187586

This revolution is specialized in military upgrades and unit reinforcement shipments. 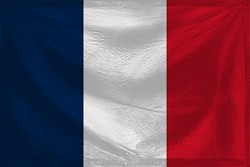 The Sans-Culottes are revolutionary pikemen effective against cavalry and buildings.

Storming of the Bastille

The sans-culottes gain a musket and a ranged attack. Enemy defensive buildings give gold when they are destroyed.

Cult of the Supreme Being

Ships a large crate of coins for each trading post in your possession.

Declaration of the Rights of Man and of the Citizen

Ships 5 villagers and unlock the training for villagers and fishing boats. Villagers cost more, but their effectiveness is close to that of the coureur des bois.

Coronation of the Emperor (cost: 6000 coins)

Unlocks Age 5 buildings and technologies but stays in the revolution.

Infantry moves +10% faster, except Austrians (units of the Royal House of Habsburg)

Unlock Mamluks and Gatling Camels at the Tavern. Receives a large crate of experience for each treasure collected (already found or found in the future).

Bonuses and other ideas (work in progress)

Musketeers, Skirmishers and Sans-Culottes can be trained in groups of 10.

Unlock the grenade launcher for the grenadiers if the card was not sent before the revolution.

Units of the barracks and the stable gain promotions.

Voltigeur upgrade researched. Voltigeurs gain a bayonet and a shako which increases their melee damage and melee resists (10%).

Ships a drummer that increases the damage of nearby friendly units.

Regimental Flag of the French Empire

You even made the card icons…what a deed.

I added the English translation (missing historical notes) and I reordered the topic.
I also added some bonus cards.