Here is the problem I’m experiencing…
Player Choose Teams option is not working properly for scenarios.
Disabling it allows players to select teams randomly within the scenario but locks AI teams.
Enabling it locks players from selecting team number but distributes the AI into 2 teams randomly.

All players set to enemies of each other for FFA and player choose team disabled: 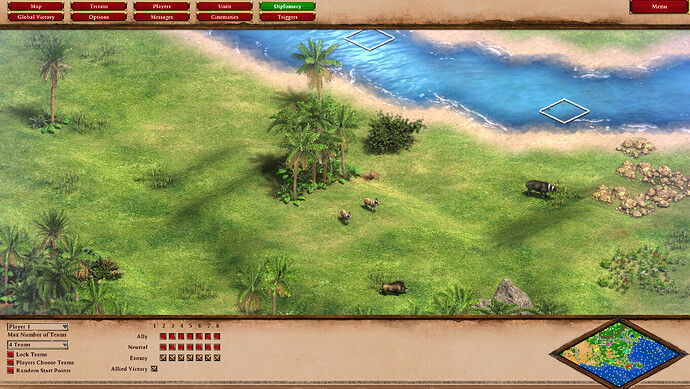 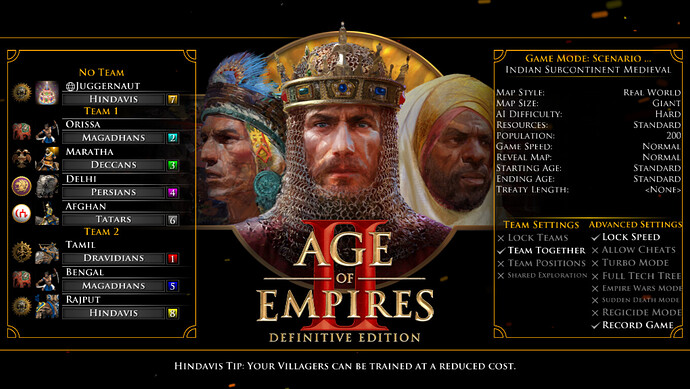 Enabling player choose team has the opposite effect, while it fixes the AI team it allows the players to set their team randomly.

It is only a visual bug, if you enable Lock teams and all players are enemy it’s only visual, if not enabled it can be selected like a team.

you mean it shows teams on loading screen but the AIs are actually enemies?

Precisely, and that also happens for real players, as for example on Master Diablo RPG the 6 players are allies and enemies with the AI and vice versa.