Hey guys, let me start by saying I don’t think Sicilians are OP. I just think it’s dumb that the Serjeant gets automatically upgraded in Castle Age. It’s dumb because they’re only weak in Fuedel for balancing reasons. I think a cheap upgrade in Castle Age would make more sense and keep them in line with other infantry units that are coming out of Fuedel Age into Castle Age. It can be cheap and research fast like the Long Swordman upgrade. We can call these Serjents, Heavy Serjents, since the Elite upgrade is in Imperial age. What do you guys think?

It would break them on Castle Age, where all other civs get a Castle Ages stats UU, but Sicilians would have to spend time and resources getting their already negligible UU (it is Infantry, which is the worst unit type, and costs more than Militia line) up to snuff.

Yes, but you need to build a Castle first to create those UU’s. You can start with like 10 - 20 Serjents and a few Donjon going into Castle Age ready to start producing more automatically upgraded Serjeants. And like I said I think it’s more dumb than a balancing issue. It doesn’t fit the game in my opinion. It’s like they didn’t know what to do with them going into Castle Age

Yeah, slowing them makes sense (maybe free upgrade when you built a castle?). I don’t think Sicilians as strong as Burgundians too. I don’t have the DLC so I don’t know if it exists, but I think Donjon must require a building like Barracks or Blacksmith. Or I just think this strategy strong.

Donjon is just an overpriced. weaker Tower, until the Imperial Age.

That’s not bad. Free upgrade with a Castle. It might leave them to vunerable though, not sure. The upgrade might have to be in the donjon. But I still think that’s an interesting idea.

So what’s your point? I don’t understand

Donjon-Serjeant combo is not strong enough to warrant a paid upgrade.
Both are actually very underwhelming, and I have been playing Sicilians as a Scouts into Knights civ, with Arbs as backup in Imp.

Serjeants are too slow to be effective as Huskarls and Eagles, and not strong enough to survive mass Archer fire.
Donjons are grossly overpriced, specially when they take 4 time the space of a Towers, but have the same HP, which makes them easier to take down.

I started this thread by saying I don’t think Sicilians are OP. If we are going to add an upgrade for the Castle Age Serjent.Then we can give them a buff somewhere else to balance it out. I just think it’s dumb and unfitting to have those units automatically upgrade. The upgrade can be in a Donjon and relativity quick and cheap.

not strong enough to warrant a paid upgrade.

Think like 200 resources like for Crossbowman or Light Cavalry. Just research time will slow a little bit.

Or building a Castle to get free upgrade can be good enough.

Still Sicilians will have good rushes (because less bonus damage).

Yes, I Agree… you can train them from feudal, it would be like auto-upgrade archers in Castle age.
I really don’t get why not train them in castles and change the UT letting you train them in donjons…

Or building a Castle to get free upgrade can be good enough.

i dont think this is a bad idea, i dont think they should have to pay to access their castle age UU, no one else has to, but at least locking it with the castle would force them to get a castle like everyone else…

but at the same time i do really like the sicilian mechanic of not having to get castles at all… so on the other hand i dont mind putting a cheap tech in the donjon to bring em up to castle age so long as they get to keep their donjon only mechanic.

but I think Donjon must require a building like Barracks or Blacksmith.

no. play sicilians. and then see for yourself why. worst case then the donjon must count towards aging up requirements

so the way i see it, sicily has incredibly minimal eco bonuses for their civ. instead they have really good military options, but even then, all their military options are countered by civs that can produce raw damage units instead of counter units.

the moment you start hard nerfing their unique mechanics they quickly become redundant. any cav civ will beat their cav. any archer civ will beat their archers. if an ethiopian can fight off frank knights with their incredible eco and discounts, then how is a sicilian supposed to push knights against ethiopians without either an eco or a military bonus

sicily needs its weird mechanics to stay competitive or they will need a buff. but with the amount of crying going on from people that dont want to learn to counter sicilians, we might end up with another tatars or bulgarians from last year(a new civ that is so hard nerfed hardly anyone touches it for months)

Serjeants are very situational in Feudal Age, I don’t say that they are bad, but you hardly ever see them in late Feudal because it is just a M@A. They are trash in Castle like 90% of Infantry, but they are beastly in Imperial.

I don’t understand do you agree that Serjeant should have an upgrade in Castle Age or not? In the beginning of your comment it sounded like you thought it was a good idea. I don’t think it will be a hard nerf. It can cost similar price as the cross bowmen and upgrade relatively quick being available at the Donjon. And maybe if you make a Castle it can upgrade for free? If this hurts them too much they can get a slight buff somewhere else to balance it out.

but they are beastly in Imperial.

Not really, they lag way behind Hussars and Eagles. I just finished the Sicilian Campaign, and tried using them to bring down Castles there, and found that the Cavalier is the go-to unit for Sicilians, in every regard, and that Serjeants Elite upgrade is grossly overpriced for what you get.

They literally lose to FU Champs, which are easier to make and cheaper.

Scouts auto-upgrade from dark to feudal. And Bulgarian militia auto-upgrade each age. A different way of thinking of the Serjeant is that they are a castle-age unique unit that has a weakened version available in feudal.

Although the pierce armor is interesting, Serjeants aren’t great at raiding. They are slower and can’t be produced in barracks, unlike Huskarls and Eagles. They are more expensive, half the piece armor, and no bonus against archers, compared to Huskarls. They have the same or lower attack against buildings than the comparable militia line and Huskarls.

Although the melee armor is interesting, Serjeants are more expensive, have lower attack, and cannot be produced in barracks, compared to the militia line. They do not beat the militia of the same age. And they lack the bonus against Eagles so are not a good choice when matched against meso civs.

They have to lose to fully upgraded champs or they’d be unstoppable. They’re more like a Huskarl, good against arrow fire. They can overwhelm a town with their high pierce armor. 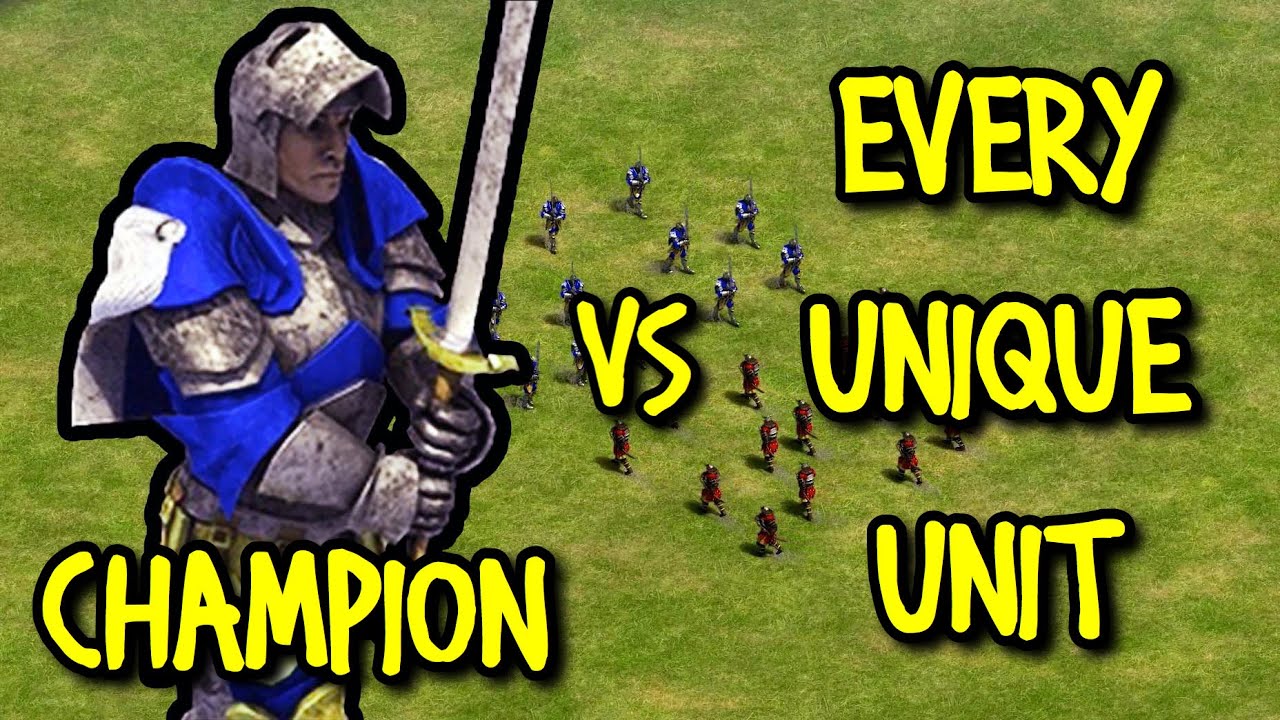 I think the best strategy, when possible, is go for knights and rush 5 TC in castle (i think is very possible in arena and african clearing)

they are kind of tanky in castle age, and the 50 serjeant that you get with the UT will melt any defense, and for a bonus, you can reinforce your troops in the enemy base building donjons, that will annoy your enemy too.

They actually beat FU upgraded champs in this video with equal numbers. Though it’s a really close match. They’re practically even. I don’t know how well they do with equal resources that’d be interesting to see. 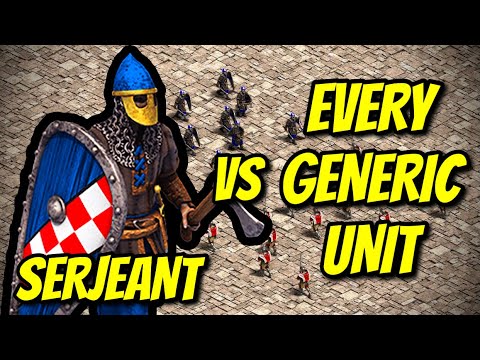