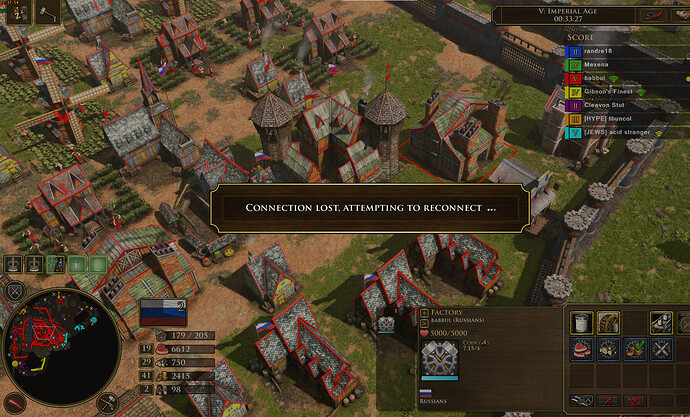 What was supposed to happen if the bug you encountered were not present?
never losing a conection, it is problem of servers, my internet is perfectly good, i tested visiting some ebpages whgile the message was shown.

not enjoy on playing aoe3 definitive edition, a 33 min game thrwon to trash.

Hello! If you are continuing to experience connectivity issues, please reach out to our support team for assistance!

They will be able to provide troubleshooting steps to help you fix or diagnose the root of the problem, and hopefully get you back online and playing.

Thanks for the report, and good luck!