Should Native civs have the options of more captured artillery? [+Poll]

So, a while ago we got the “Captured mortar” at the native embassy for the native civilizations as a historically accurate option for siege once a player hits imperial age.

Every native civ has access to it and it seems pretty fairly balanced, it has basically the same stats and is an extra if the normal siege units (Huaracas, arrow knight, prowlers, rams) aren’t doing just enough in a particular game.

But should these civs also get other “captured artillery”? 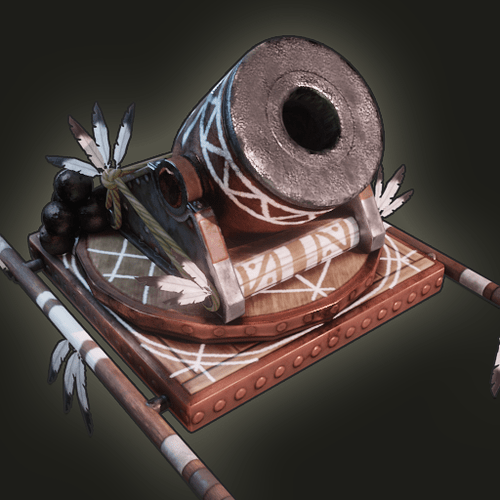 Artillery captured and operated by Native Americans. Can also inflict splash damage to enemy land units. Good against buildings and ships.In-game description The Captured Mortar is an artillery unit in Age of Empires III: Definitive Edition that can... 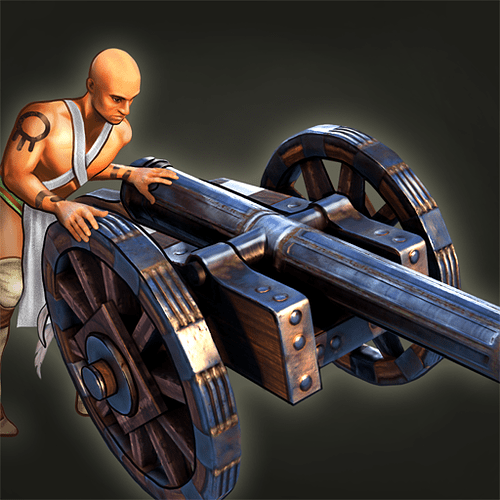 Light artillery. Good against infantry and artillery.In-game description The Light Cannon is an artillery in Age of Empires III: The WarChiefs that is unique to the Haudenosaunee and can be trained at the Siege Workshop once the Industrial Age is...

As of now, only the Haudenosaunee have the light cannon in their artillery composition.
The Inca have the big button to get 4 and Inca revolution to get a few more, but there is no way to get more if they are destroyed.

So should the light cannon, or maybe “captured falconet” and “captured culverin” be unlocked for the native civs at the imperial age? Personally I don’t see much wrong with that, the African civilization also have them available through a tech.

Should the native civs get more “captured artilery”?

No, I prefer the regional civs to remain distinct from each other. Maybe through shipments but nothing more.

Adding cannons to the roster of Native civs takes away the biggest advantages of Euro ones that now have the issue of being outdated civ concepts compared to Asian, Native and African civs.

The Hauds can get it, cool, that’s part of their design to have a lot of European technology mixed with traditional. Might be interesting if they can send a card to enable another type of artillery or two, to allow the light cannon to function more as a culverin and less as a falconet.

But please, no, not for the Lakota. I hate that the Lakota have the Howitzer in the first place. Also the notable and complete lack of artillery from their history makes it disingenuous that they say they want to respect Native history - Lugging a cannon around the open prairie was not a realistic thing that could be done when you live on the move.

There could be some type of letter or improvement that involves a situation where you have a European as an ally.

mortars can hit units under gates and have been able to since the original game.

They have or should have other methods to deal with infantry mass. They were designed that way.

They shouldn’t even have captured mortars in the first place. They should give all the native factions rams to deal with buildings and maybe an infinite light cannon shipment for extra anti-artillery. Rams could be reworked to make them more viable by giving them a melee attack that can target artillery/siege/wagons, and giving them some siege resistance so they don’t just get shredded by buildings and artillery.

They needed mortars to take down walls from distance. They could do that you propouse with infantry and siege dance but enemy infantry kill them and natives had a hard time with that. Also in treaty there are too much walls.
About other artillery,… I dont think that giving aztec canons is a good idea.

I always regarded that as a bug that simply became meta.

i mean mortars have AOE dmg so its an implication of that.

It’s a problem with the ram’s design that it’s not viable. There are a few reworks that could help:

is it the best faction? no but it gives a lot of abuseable stuff.

The Indian units are very good, their economy is not the best, but it is not bad either. It only needs a few tweaks to improve the treaty.

Zamburaks with a range of 14.
Easier access to anti-infantry guns.
A more reliable wood input.
15-20% faster training time for infantry and cavalry.

the biggest advantages of Euro

That’s the problem, Natives are in disadvantage in terms of artillery. They have no effective option as cannons, while Euro has a wide variety of units, at least Asian can access via consulate.

I think the same, Asians have consulate to choose between a variety of Euro improvements and units, but all natives just lack that option.

They need access to 4 light cannons just like Inca. Or at least big buffs to Arrow Knights because they are not as efficient as culverins.

Im talking only about treaty:
India easily ranks the bottom most with the aztecs.
There are many flaws , hence no one plays with India.

The Indian units are very good, their economy is not the best, but it is not bad either. It only needs a few tweaks to improve the treaty.

There are ALOTTTTT of such small problems, with India that makes it easily one of the worst civs for treaty.