we cannot depend of aoe2 forever .

ik but it’s the most profitable in the aoe unfortunately

No ballistics, homing arrows, archers still fighting in range when engaged in melee, not useful mechanics like units in walls, the only new mechanics is cav charge, no hill bonus etc, is a very simple game play and if you add the lack of unique units is even worse.

i just bought Frozenheim, a citybuilder/RTS from a indipendent studio. Men, look at this graphic: simply beatiful 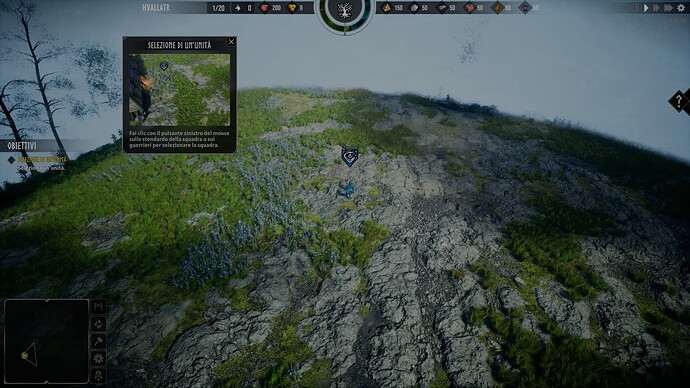 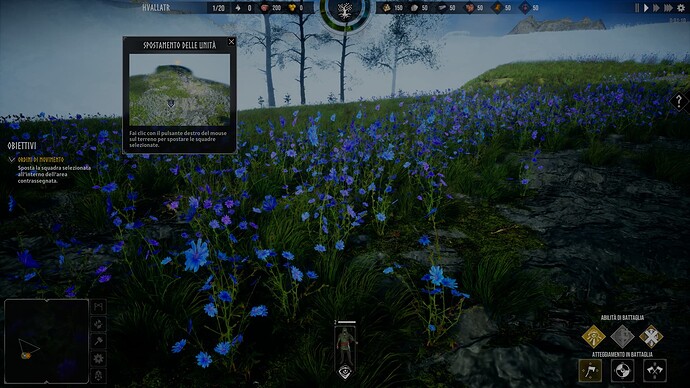 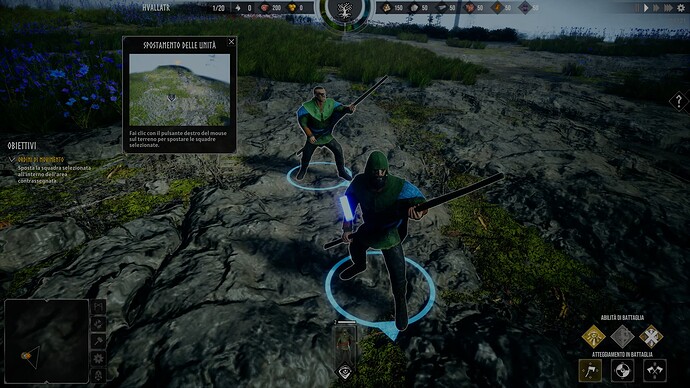 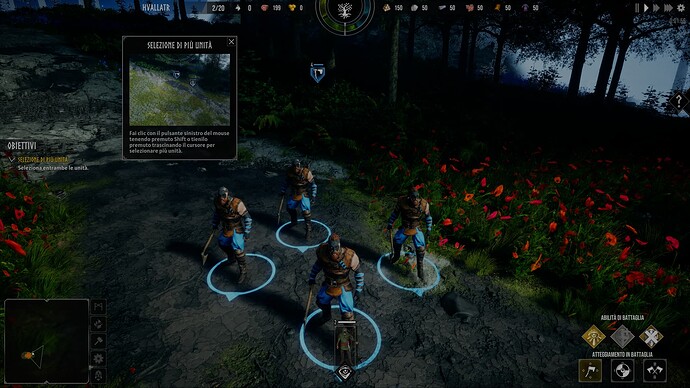 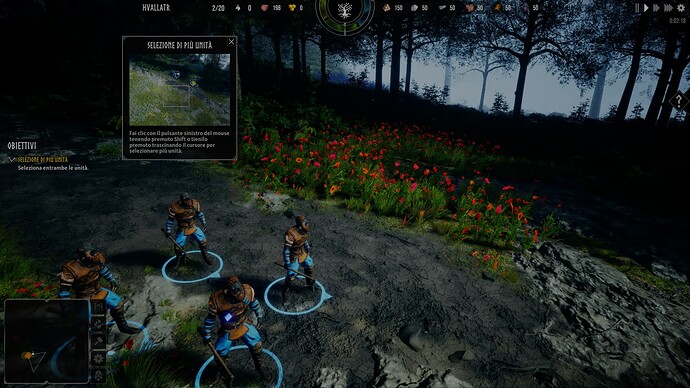 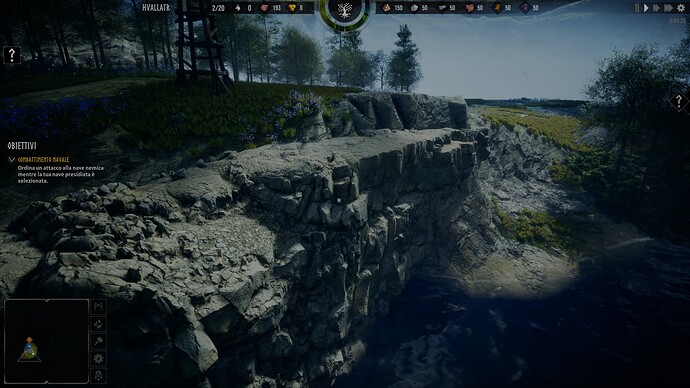 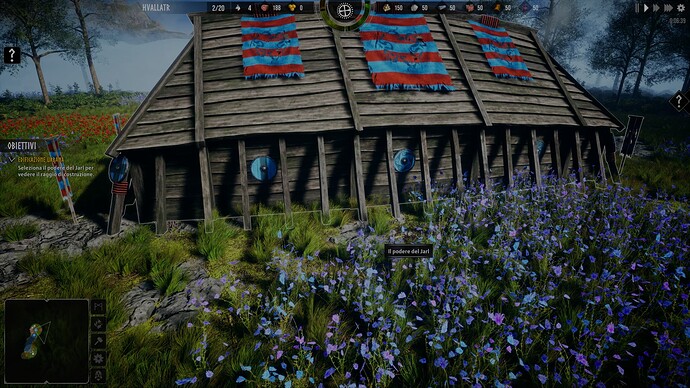 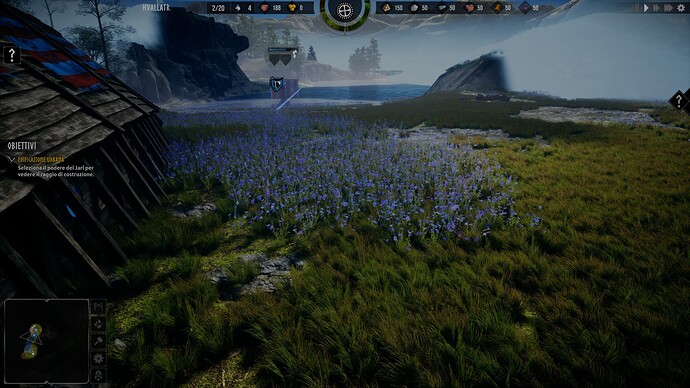 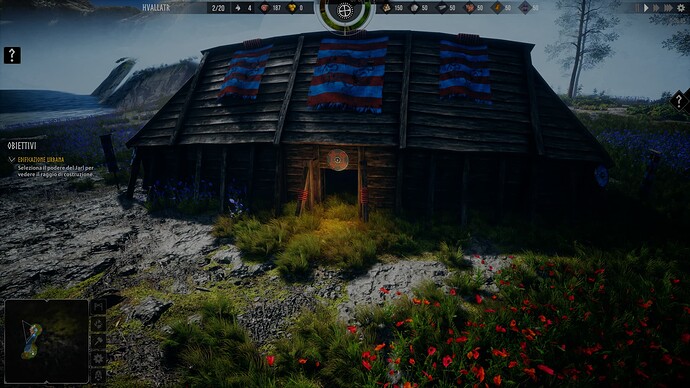 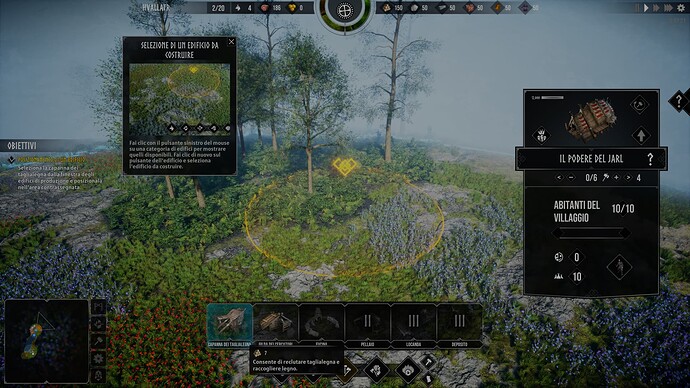 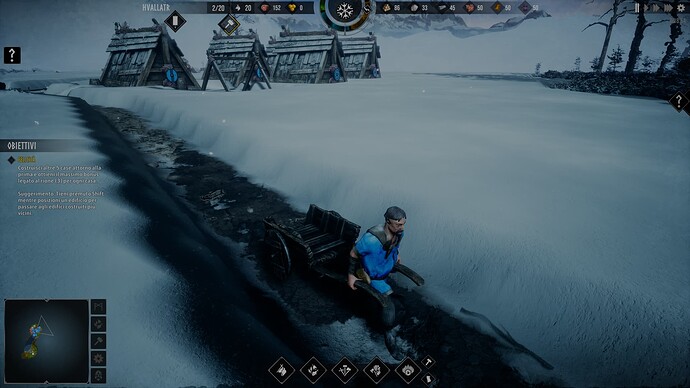 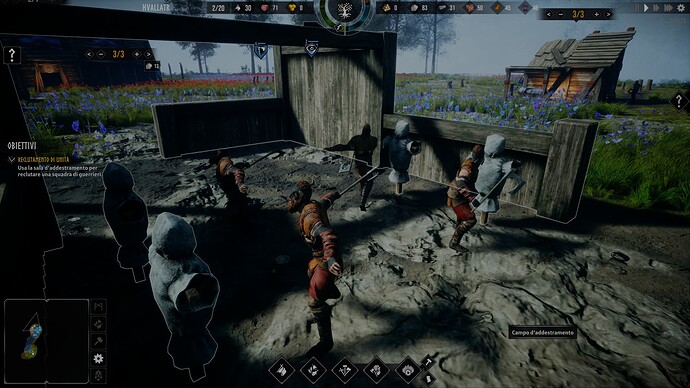 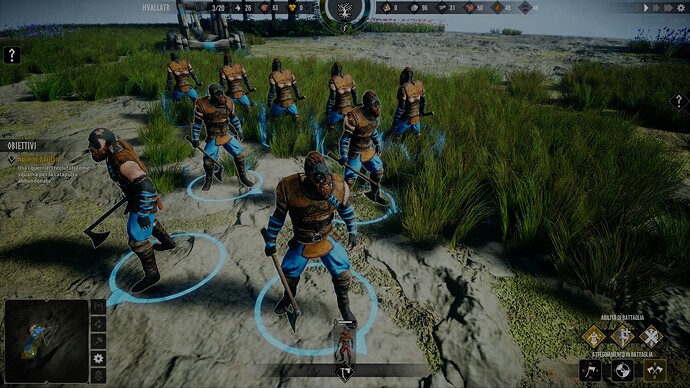 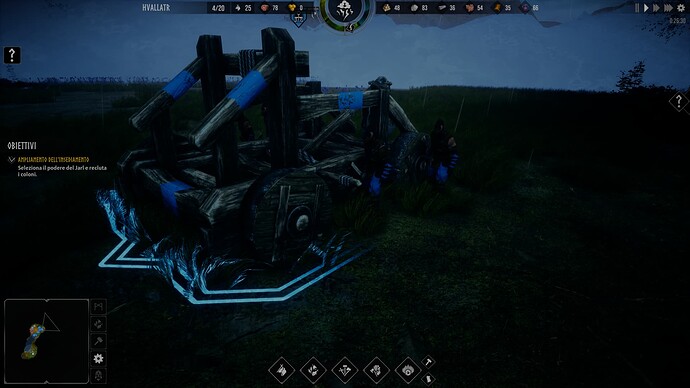 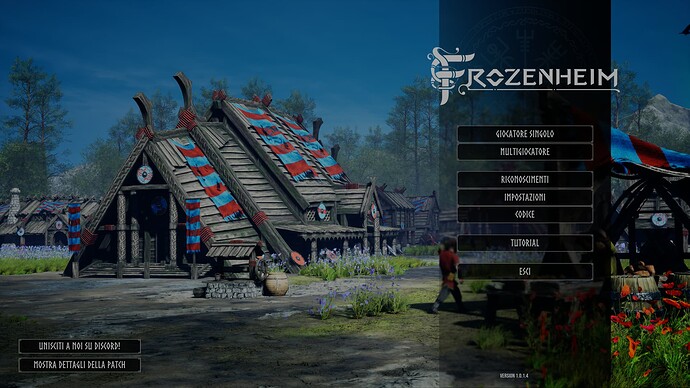 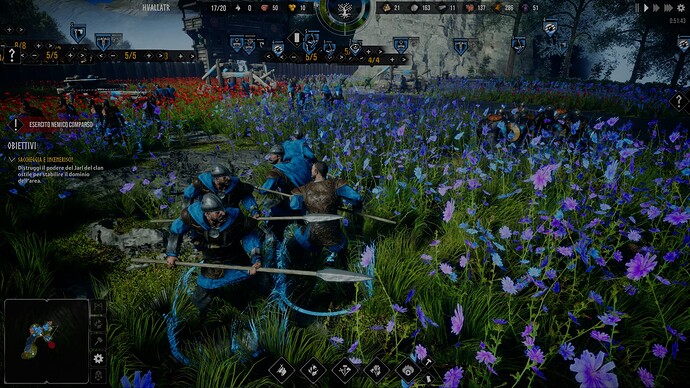 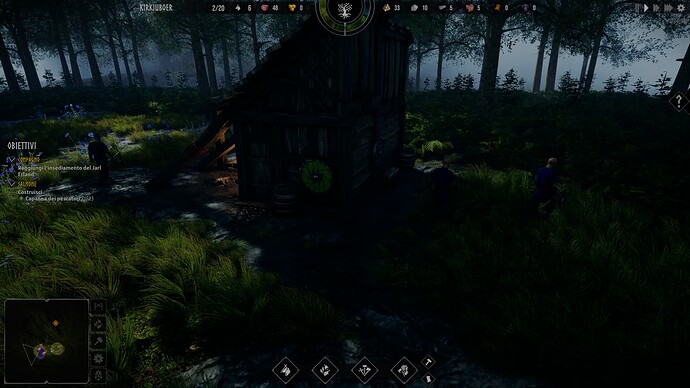 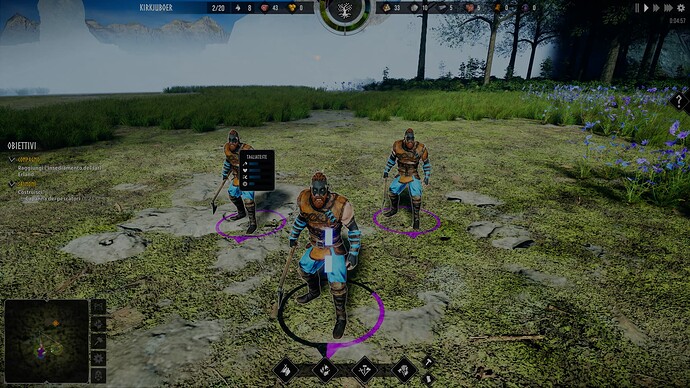 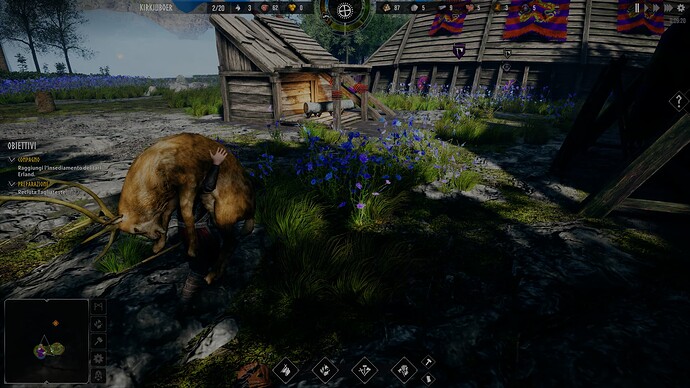 These things make me angry. A indipendet studio can make this work with Unreal4.

I repeat, for the next AOE developers (i don’t know who) should use U5.

I’m speaking about the graphic quality and textures details. You can also see your units with zoom out 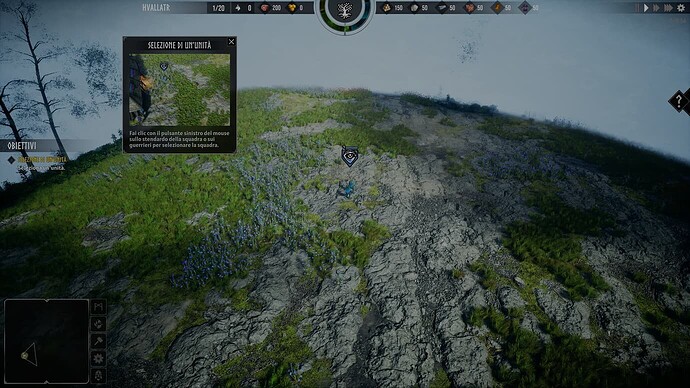 Try to do the same with the new zoom out in Aoe4: good luck.

You choosed the only screenshot with a day/night cycle: yes in frozenheim you have also this.

Just to Remember: this was the First models for Aoe4 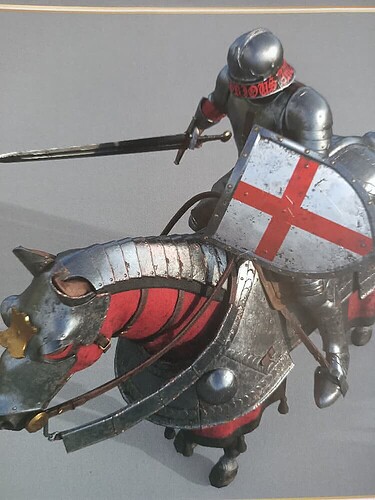 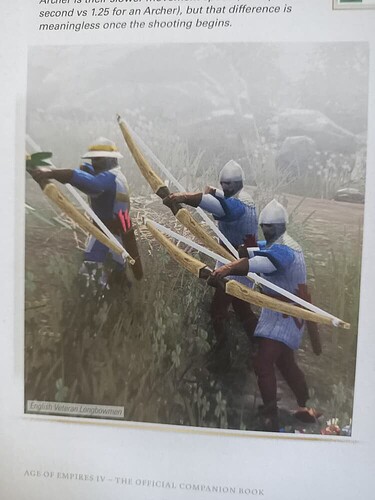 You can also see your units with zoom out

i would help you 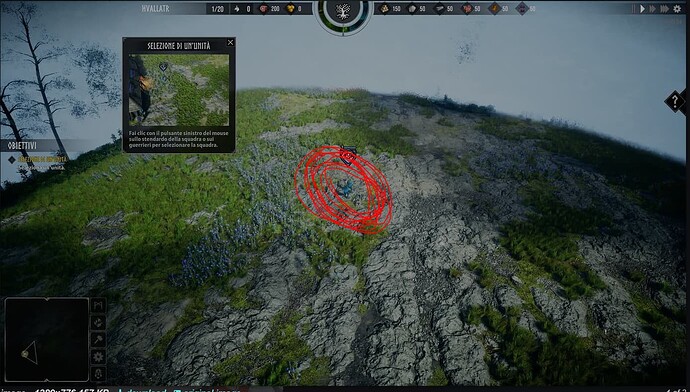 He is so easy to be noticed that devs gave him FLAG.

Rts should no be compared to a city building game, but you can compared to same age lll with is superior in quality yo age IV.

it should be quite “good zoom” to count and play cause Building takes 1/5 of the screen. Like aoe4.

just give me the number of units, and what they are.

Could compare it to movie… why not…

I said aoe4 graphic sucks.
But they are idiots, who want THIS into RTS game.
It just wont work ever.

btw
Mark more my posts “impropriate”. I will keep naming staff that it really is.
it just shows that ppl want to hear in that self-whining thread.

The graphics in aoe IV are definitely lacking but the screenshot above from Frozenheim is not what an AoE game should look like way to dark and hard to see the units.

so that mean an lucklaster indie game can btfo aoe 4 in graph departament. that not sounds well for aoe 4

Maybe you have some problema to understand the meaning of words: i’m not saying that Aoe4 should have the same graphic of Frozenheim. I simply said that it’s very sad to see how a little and indipendent studio have been able to do a Better work with quality graphic in comparison to a big studio and a lot of investements. It’s not a matter of what kind of genre these are but what developer have done.

There are many other examples: from COH to Spellforce3, from StarCraft 2 to AOE3de.

I play on a monitor 27 inch 4k resolution 144hz and for me the graphics is fine for an rts like aoe4. The most important thing for an rts for me are field of view, clarity and sharpness and it’s far better than low poly aoe3 graphics.
At lower resolution maybe sucks, but at high end is fine.

while i agree with what you find important completely, please explain which version of aoe3 is being used as comparison, og or DE, there’s a clear difference between the 2 (DE is far from low poly, if anything 4 fits that category better, og meanwhile, based on its age alone, is reasonable) 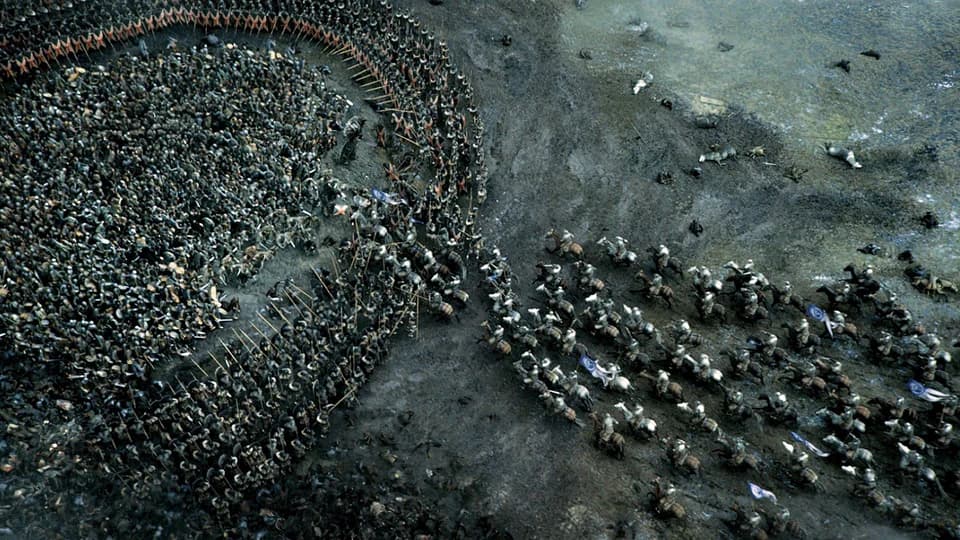 Spellforce3, from StarCraft 2 to AOE3de

it’s NOT Frozenheim.
No even close.

Aoe4 graphic inspired by sc2 100%… just it does not worked for medieval age and unit upgrades.

while i agree with what you find important completely, please explain which version of aoe3 is being used as comparison, og or DE, there’s a clear difference between the 2 (DE is far from low poly, if anything 4 fits that category better, og meanwhile, based on its age alone, is reasonable)

With 4k resolution units in motion is better for aoe4. It’s 100%. They sometimes look back, while running away from an enemy.

But toy bows or plastic weapon for units - is a joke or toy arrows.

i tried the game (frozenheim) too, but refund it after two hours.
yes the graphic looks nice at pictures, but in game you don´t see anything, the animations looking stiff, the the battles feeled clunky, siege wasnt fun at all. the whole graphic wasn´t that impressive, like on pictures and the gameplay was only low mediocore.

in citybuilders (anno1800) i love the detailed graphics, the animations - but the whole game isn´t thrilling at any point - so i have time to search what i need to find. in an rts it´s really hard to get the right weighting between clearity and details. aoe2 de is perfect at this, aoe3 de has to few clearity (also stiff animations and the whole game feeling kind of clunky), aom do it well, spellforce suffers from clearity alot (and missing destruction animations), sudden strike 4 do it well, settlers 4 suffered from it in the early 2000, settlers 3 have done it well. and finally:

aoe4 do it mostly well, but there is space for improvement - the zoom could be even a lilttle more out, yes there could be more animal-variations (wolfes could be lions in desert, deer could be zebra, sheep could also be cows, boars could be rhinos [in my opinion a small visual fix like a skin with pretty much impact for visuals]), in water there could be some plants and animals like in aom ee (and for pro-gamers could they be able to turn on and off.) but at all the units zoomed in and out looking pretty awesome, i haven´t any problem to see differences between the types of units, the landscapes are the best i ve seen in an rts so far, the grass in the wind looks nice and well done, also the rivers. the oceans are ok - not great not terrible. the buildings and objects around them i like alot. 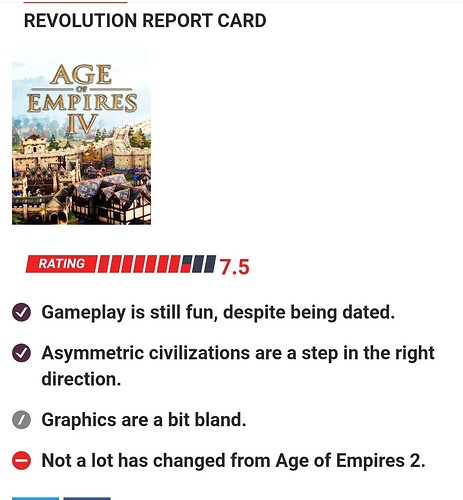 Age IV is the worst work from relic when it comes to graphics.