Some units can go through wall

it looks like units which have no collision size can go out of wall: 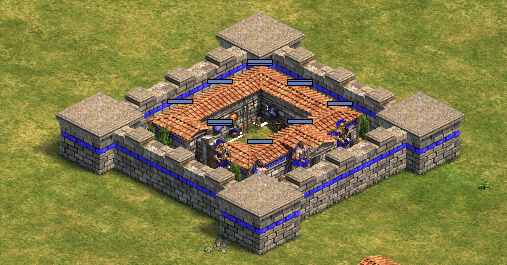 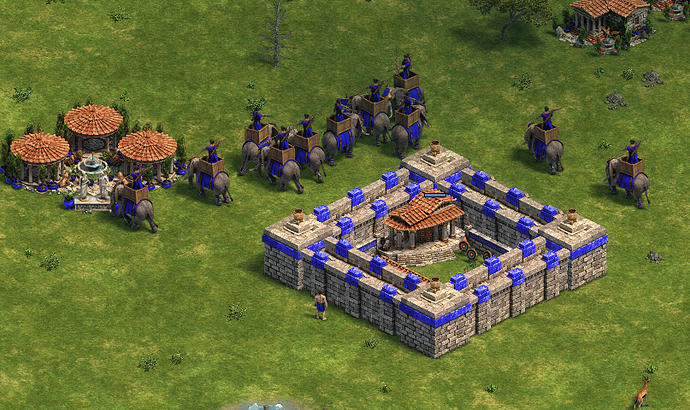 Chariots, elephants, catapults can go through the wall, while cavalries, swordsmen, priests can’t.
It seems this is related to collision size. And I hope you can unify this behavior: all units can go through walls or all can’t.

So, you would like units to not be created if they don’t fit, right?

In original AoE all units could “fit” through 1 tile sized wall. But in case of 2 wall tiles on each side, or units blocking the surrounding area the newly created unit would get cancelled.

But with the way points there is no “Not enough room to place a unit.” warning.
The way points also makes it easier to build units through a enemy wall.
By placing the military building right next to an enemy wall and then placing a way point to the other side of the enemy wall you can build your units inside the enemy base.

This bug is present in the old AoE too but it’s almost unusable because it requires you to block the 3 other side of the military building in order to force the units to spawn inside the enemy wall.

With no way points the units would be created to the closest available spot meaning that as long as there is available area alongside the barrack the units will never be created through a wall.

Not allowing units to spawn through enemy walls would be a great solution to this problem but it’s probably a hard feature to code.

To be frank, I don’t care. But the point is, different units have different behaviors. I think in this situation they should behave the same way. It’s up to the developers to decide whether units can go through or not or just as you said, can’t be created.

And my finding is, this may be related to units’ collision size. So I guess this ununified behavior is an outcome of developers’ early efforts to improve path-finding.

Even with way point, I can’t get swordsman over the wall. Does it require a ENEMY wall? All test I’ve done is inside my wall.

oops. my bad.
I only tested it with Axemen and legions. I though the Swordsmen would work same way as any other infantry unit but it seems like they wont

Edit:
Short Swordsmen, Broad Swordsmen, Long Swordsmen and villagers are only units which can’t go through walls even when the way point is not set.

Thanks for clarifying this, pate623 and Auderson.

I honestly don’t mind having this issue, as long as it’s consistent, no matter the unit. I hope devs choose/find the most convenient way to fix it.

I don’t really think it has something to do with path finding, since they’re not actually moving at spawn, but teleporting to areas where the game feels right/adequate.

…Even if you Auderson don’t think this not that of a big deal, thanks for reporting, nevertheless

haha, I report this issue as soon as I noticed it, because I really love this game.

And why I mentioned path finding is because I heard that some version earlier, dev change the collision size of some units so that they won’t be stuck with each other. From my observation, if way point is set, only units that have smaller collision size can go through the wall (elephants, chariots etc. these units can stack on each other).

Lastly, maybe my English is not that good, but “I don’t care” in my previous reply actually means I don’t care how they will behave. I just hope they can behave the same way. Of course I care about this issue.

(Replace with a detailed description of the problem; please limit one issue per thread)

The unit can pass over the walls if the unit buildings are built next to the wall and set the mark behind the wall. 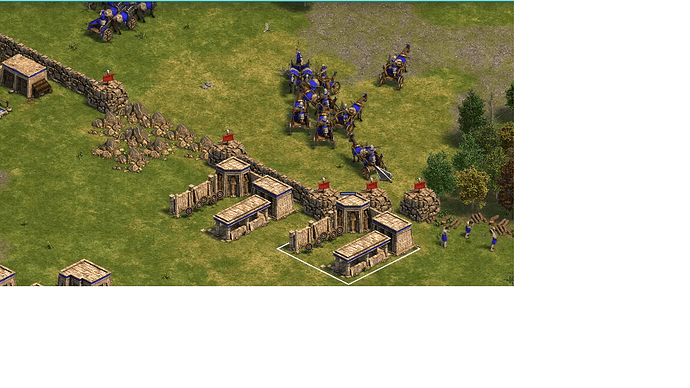 
Check on video and fixed

Video does not work for me either in Chrome or Firefox

I think submitted this bug in the Closed Beta like almost 2 years ago. Except I was using buildings instead of walls. Apparently the fix they did has side effects and looks like a dirty fix.

To people watching and not understanding it, we need to first highlight basic behaviour of a building and training units.

Now the bug explained: if that location is obstructed (in this case by a wall) it should cancel the unit. In Age of Empires classic, this already happens. Apparently in DE they didn’t proper program this mechanism in or something else is going on.

In the closed beta and early versions of the actual release, the unit would spawn inside/top of the building. Sometimes multiple units would spawn on top of each other, causing them to get permanently stuck. Apparently, and my guess, they decided to spawn the unit further away from the building. Essentially this is a dirty fix and not solving the actual problem at all.

And thus, this leads to critical abuse. Because you can build a building next to the enemy wall, rally point on the other side and voila: Your units will pop inside enemy’s base who thought walls would protect him/her.

Apparently I was wrong. This hasn’t been fixed at all. And it seems to be an issue in AoE and RoR as well. Tested in AoE RoR (no patches).

Units spawn outside of building.

But not when covered with two layers of walls. So guessing the maximum spawn range is 2? 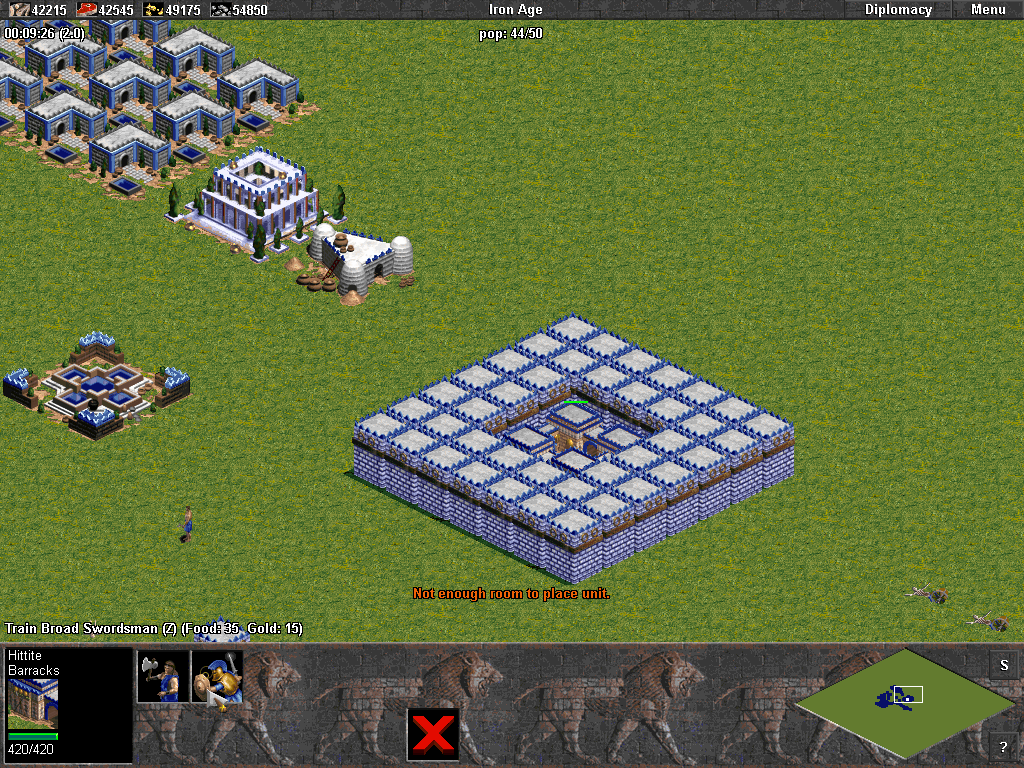 As soon as the valid placements are obstructed, then it will spawn units beyond the wall. 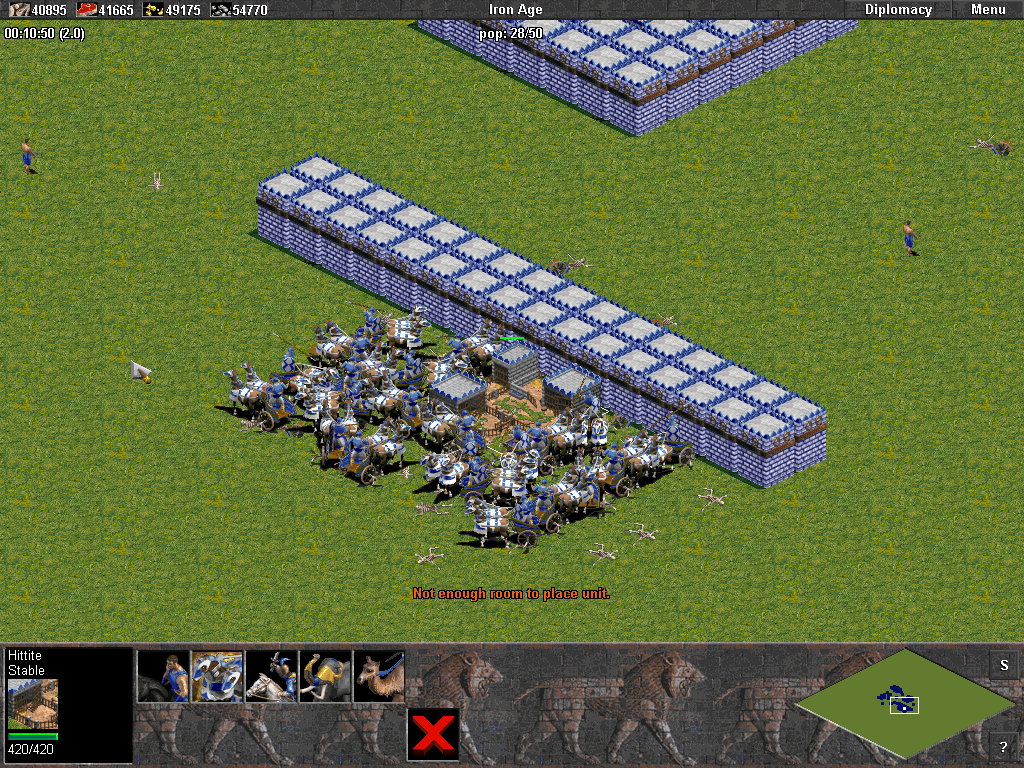 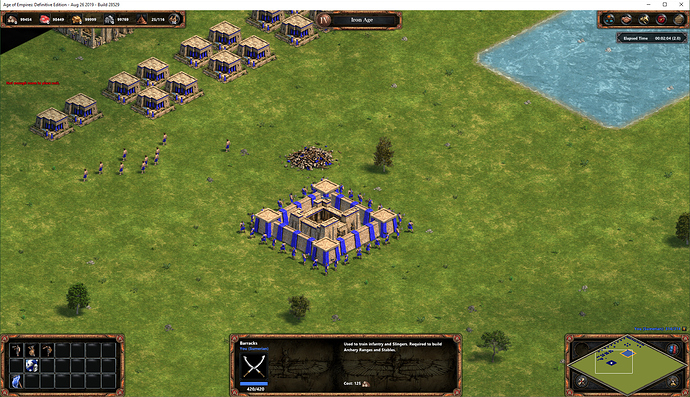 But watch what happens if you put a rally point. Majority of the units are stuck and on top of each other. Collision and pathing goes crazy. Some will escape, others will turn around in circles. All in all my bug report back seems unhandled. 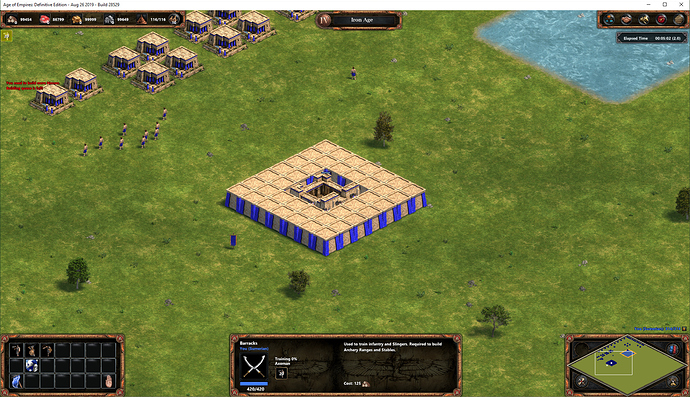 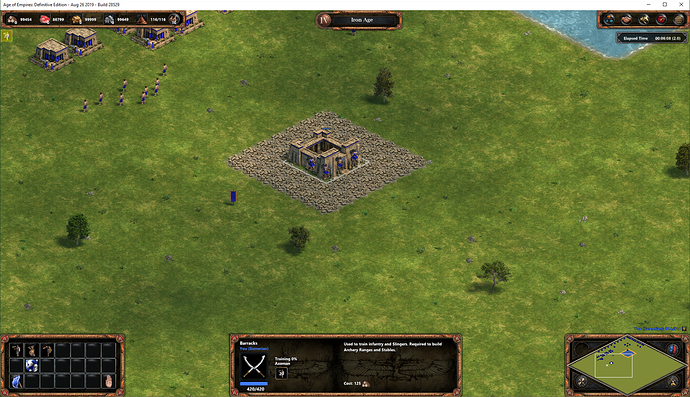 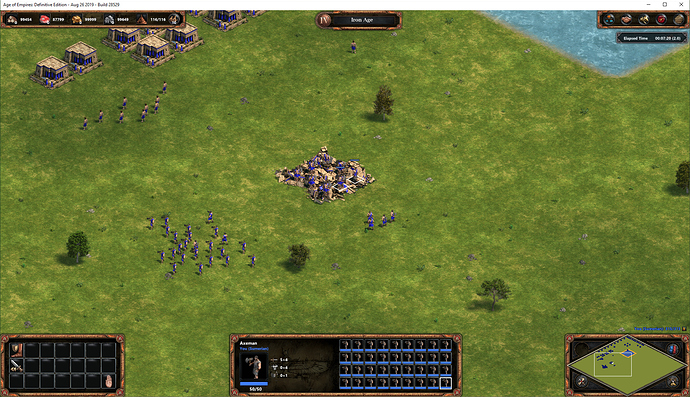 The reason why VNSCool’s video works is because of Rally Points. In AoE and RoR, you had to actually fully train the valid empty cells until the building couldn’t place. Only then it would consider placing them beyond the wall. But in AoE DE you can set rally points and thus always abuse the bug. 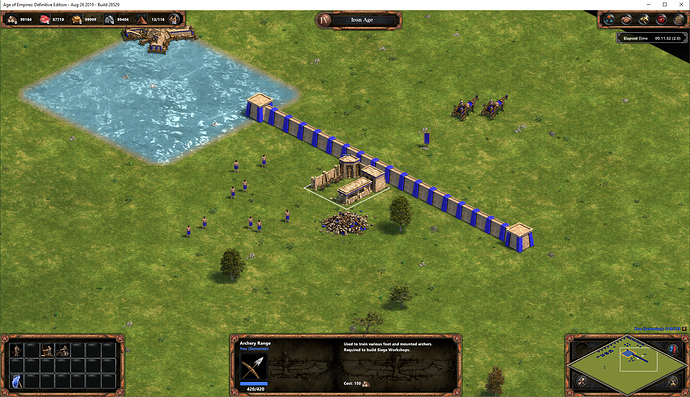 Of course the max 2 range goes here as well. So if you have double layer of walls, it won’t put the unit behind the wall, regardless of the rally point. 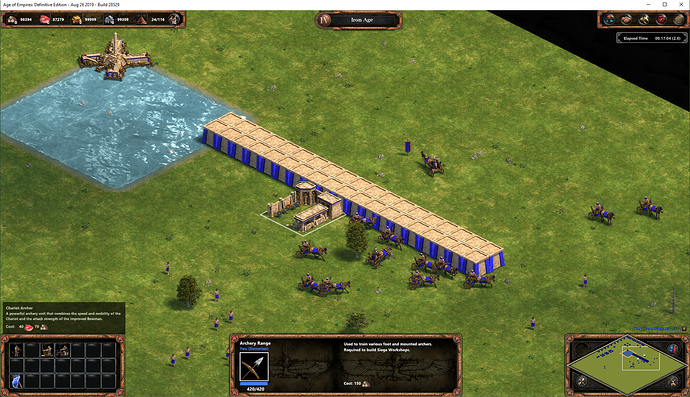 So yea. This is pretty vulnerable to abuse in many forms.

After the test below, I can confirm this bug was indeed fixed after update 38862: