Using a URL to spectate the game (for example aoe2de://1/12345) one can enter a spectate lobby before the games has started. This can cause the spectators game to end on start (gets the message “end of game data”) even though the game is beeing played. It also makes it impossible to join the game again. A restart of the program “Age of empires II: DE” is required. 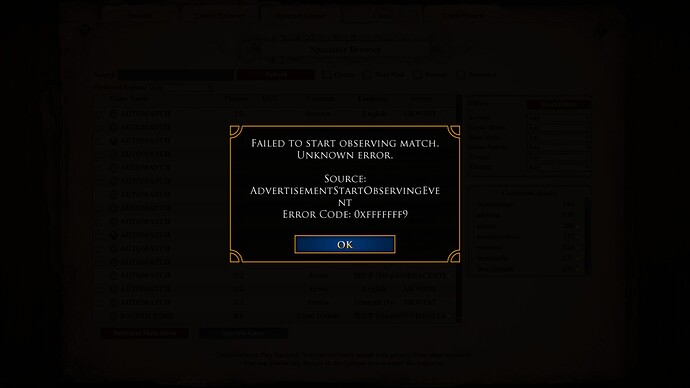