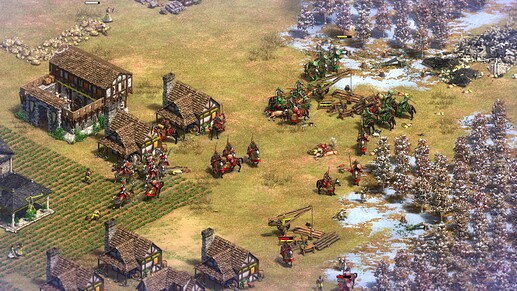 A few months ago, Azot-Spike created a Reddit post on how Steppe Lancers can be modified so that they can be a viable replacement for Knight-line units. I’ve created a mod based on Azot-Spike’s analysis, which you can download below:

This mod also comes with a UI mod. However, I don’t feel like uploading a separate mod onto the AoE website. Instead, you can download the UI mod at this link. To install, extract the Steppe Knight Replacement UI folder into your Local mods folder.

Finally, there has been discussion in Azot-Spike’s post on whether these changes would make Steppe Lancers overpowered. I haven’t tested these units much outside of making sure the stats are correct, so I would like hear what people on this forum think about Azot-Spike’s suggestions.