I came across a past AoE2:CE purchase. Took some photos. Made me think it might be cool if Microsoft made a digital version of the old, original box and manual (of the game and expansion pack) viewable in game. With page curling/turning animations and nice quality paper page-flipping sounds. 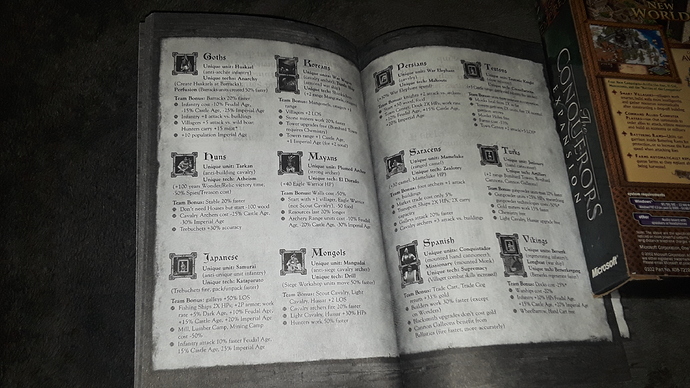 Want to take it over the top? Have a top-down view of this manual, sitting on a rustic wooden table, lit by candlelight (maybe with subtle torch flame sounds or crackling fireplace in background)… and maybe a couple objects from medieval times visible around the perimeter; much like the objects in the current Campaign screens have. Immersive. (The table and surrounding objects/setting would, preferably, be a 3D-generated environment, of course.)

Don’t make this solution just like the Campaigns menu, though. I’d want a straight top-down view, closer view, and actual hi-res scans of the manual (i.e., the manual itself would not be painted artwork). You’d need a disclaimer so people don’t get upset when the stats/info presented doesn’t precisely match current iteration of AoE2.

Would anyone else like this? Or would it be a waste of time?

It’s not something that I would look at often… but would like to once in a while, if feeling particularly nostalgic. So maybe devs would feel it’s a waste of time.

I know many of you probably have the original box/manual, too, but figured I’d share anyways. I think I had an older version of Conqueror’s Expansion than this, if that’s possible. I’m pretty sure this was a purchase later on as a backup, or to let a friend have for a while.

I photographed the Credits page (see last photo) to show thanks to the original creators at Ensemble Studios and Microsoft. I think we owe a debt of gratitude to all those who made the AoE franchise foundation so great 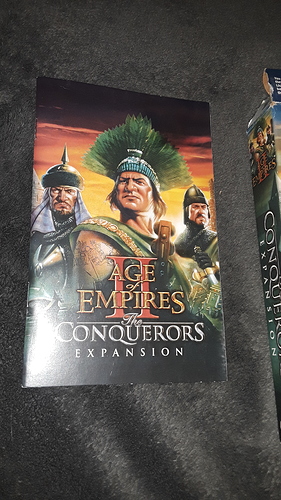 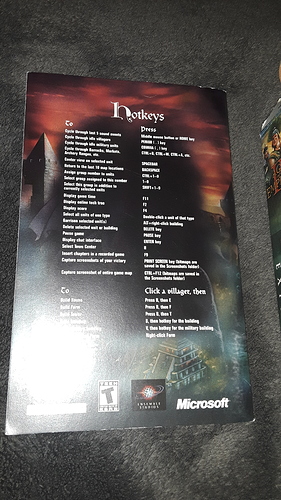 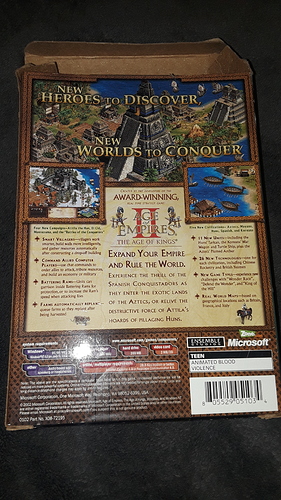 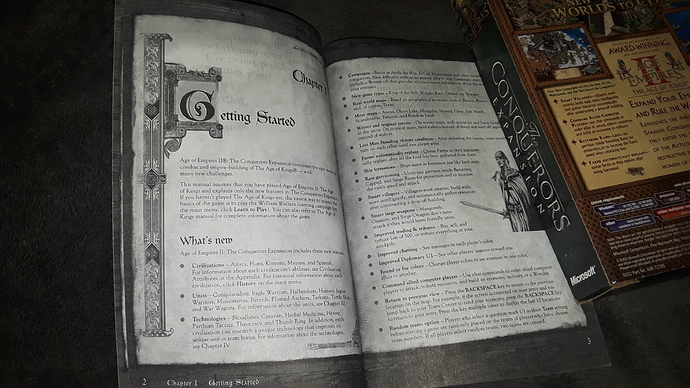 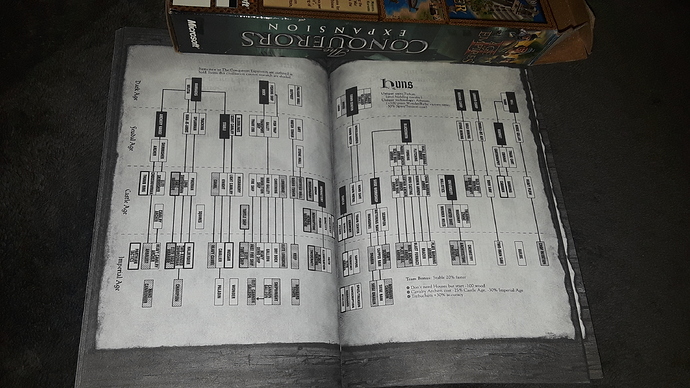 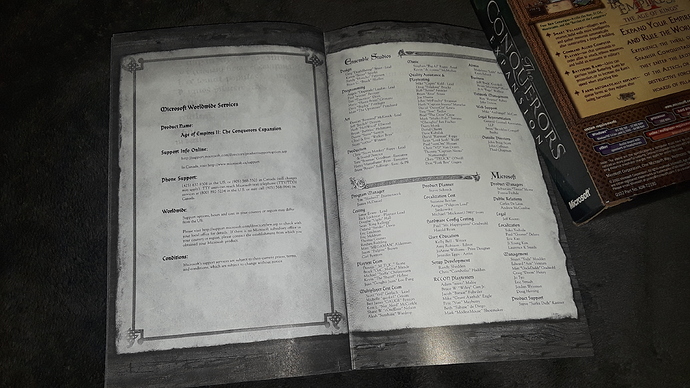 By this point, we seem so far away from the original game, both in time and in the evolution of the game. That’s not a bad thing; it’s just the way it is.

This would help honor the original game and ground it to the original game in a way that bridges that divide or gap in a much more tangible/palpable way than, say, reusing sounds or most any other way I can think of.

As tbe “Definitive Edition”, this would be the final great honor of the original CD-based gsme before the send-off, as there may never be a DE Part 2.

The disclaimer for entering the environment in thr game could br something like, “We provide this information for historical and archival purposes only.” … alomg with some note of thanks to the original crew. I might be wrong, but it seems like devs might enjoy making this quick little side project.

PS: The manual would need to be rotatable on the pages that have a tech tree layout which is sideways when viewed un-rotated.

Some extras like this one would be higly aprecciated to have on the game, and I honestly don’t know how this sort of content, aside with making-offs, concept arts, etc. don’t show up for us to see in DE. I mean, AoE 2 is the most popular entry on the series! how can things like this just pass as a blank?!