This camp is very beautiful and has the feeling of a battlefield military camp. But because the model was modified from a field hospital, there are still many surgical tools and blood stains on the table. 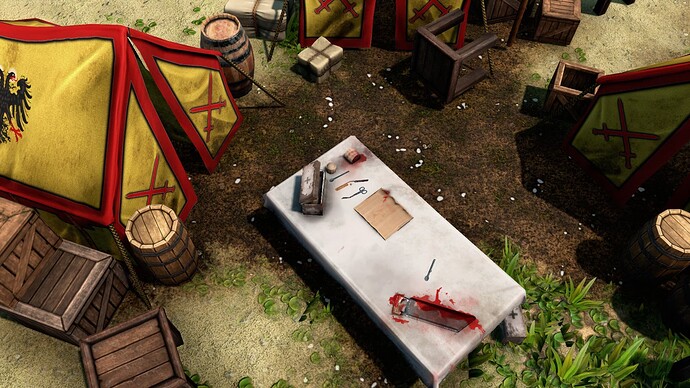 The OP is right.

Variants of the Mining Camp/Field Hospital model (along with PROP Campfire and SPCXPCampire):

From a content maker perspective, the Mercenary Camp building is a bit of a missed opportunity. A soldier’s camp site that looks the part would be extremely useful to scenario designers, not to mention one with ready-made mercenary recruiting functions. And AoE3 hadn’t had one 100% suited for the purpose.

However, a few factors have dragged down the Mercenary Camp’s potential:

I think all these can be improved on the cheap, with minimum hassle: 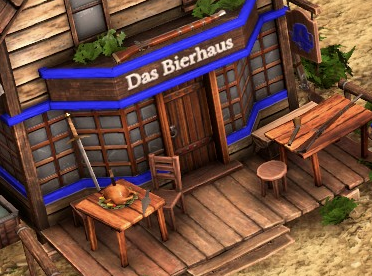 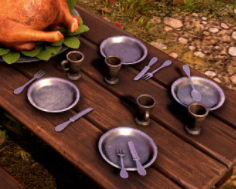 Technically the game already had a Mercenary Camp building.
It is available in the editor and looks like a Barracks but it trains mercenaries like a Tavern.
This building should get reskinned and used instead of the Tavern for Germans.

Technically the game already had a Mercenary Camp building.

That’s why I emphasized “a soldier’s camp site that looks the part”, because the legacy “Mercenary Hut” doesn’t