I’m trying to main russia, and after the recent swedish nerf/buff updates, more and more players are coming with the aforementioned unit combo.

Leather cannons are ridiculously easy to micro, they just walk caroleans over them and their collision box makes them virtually untouchable.

I find this strat super hard to counter if the enemy is good at reading the game and doesnt overcomit. But even if I manage to ff, they just get the age4 upgrade card on them and they take apart anything in front of them…

Thanks for the help guys!

Russia can do well against sweden since they have a strong rush and Sweden has somewhat of a slower early game.
Their leather canons can be a problem but in my opinion they are overrated units on age 2 as they have low hp and if you have a big enough mass you can snipe them
If you are learning russia, the main build you want to learn is their rush.
You want to either go 5 cossack+5musk or 5 cossack+10 streelet.
You need to contain them and iddle them as much as possible while you are trying to keep vill production, market upgrades, or take the trade route if possible.
You usually don’t want to get to an age 3 fight as russia or let your enemy go age 3, because russia fortress age is quite weak compared to other civs.

Agreed. LC’s (leather cannons) seem daunting because they’re cannons, but they fall to ranged units much more easily than falconets. No Sweden player is also going to be able to spam these in early age 2, so like you mentioned, pressuring early and often prevents any spamming of LCs.

The first thing that needs to happen is the devs have got to nerf the 2 Leather Cannon card. Everyone knows its a 800 ressource shipment which is overpowered for Age 2. Age 2 shipments should never be worth more than 700 ressource crates if they are unit shipments. The devs should have added a cost to this shipment.

The Age 3 card which turns them into Field guns is overpowered aswell. Because it also ugprades all existing guns and future guns. Its a massive increase in power thats too strong for an Age 3 card. The card should be moved to Age 4 or have a big cost attached to it. Maybe 1000 coin.

Just curious, what ELO level are you at? If you are playing vs. Sweden and are on their doorstep by 5:30/6 with 10-15 musket or equivalent units, there is no way Sweden will have massed LC’s.

If you sit back until the 6-7+ min mark and let Sweden boom with torps and mass units, well then you set yourself up to lose.

That timing doesn’t work against a civ which has both Xbow and caroleans.

Sweden is essentially unbeatable in age2 now. The previous patch took the best age2 civ and made it even better.

I’m at ELO 1200. I tried, I can be at his doorstep at the 5:10 mark with 10 strelets and 5 cossaks. Learning from drongos vids, they mostly open with outpost-200 coin politician, and start with carolean spam, with xbow and 2 leather cannon cards. Almost impossible to pick up any vils with acceptable losses, and if they just step into TC, the rest of the torps are still gathering like cray, and the couple of proxy vils sent out to the sides, they just keep building new ones. They are fully housed at the 8 min mark. Torps have WAY too much hp (esp. with engelsberg) to even start trying to bring them down. I have no idea what I’m doing wrong, but its really frustrating to play against a faction with minimal frustration tax. (no herding, arty doesn’t pack therefore doesn’t bug, braindead easy to micro), while I’m literally at the edge of my seat the whole time.

Oh one more thing, russian muskets are useless against Sweden cause they are weaker and therefore LCs PERFECTLY one shot them. No need for mass, those two perfectly handles the whole bunch with minimal micro.

LC one shots rusketeer? That looks like an oversight. This sohould be fixed asap. (Along with milion other things concerning Sweden)

If you can go ff then just mass cannon and meatshields, if not then just go 60% strelets and rest musk, i have no idea if they go huss/caro/leather

Yupp it does. Russia is a one trick pony and not even the best at it any more. Bro hear this. Sweden should just go pure hussar against Russia, with age 2 upgrade cards they trade better then their hard counter (ruskets).

There is none, sorry man!

You dont think a 300f 100w cannon should one-shot a unupgraded inf unit? While the cannon is only like 10-15 shots

Just look at this video. Drongo has already said Sweden in its current iteration is going to get nerfed, because the Torp gathering is just insane. And its so easy to play compared to any other civ. 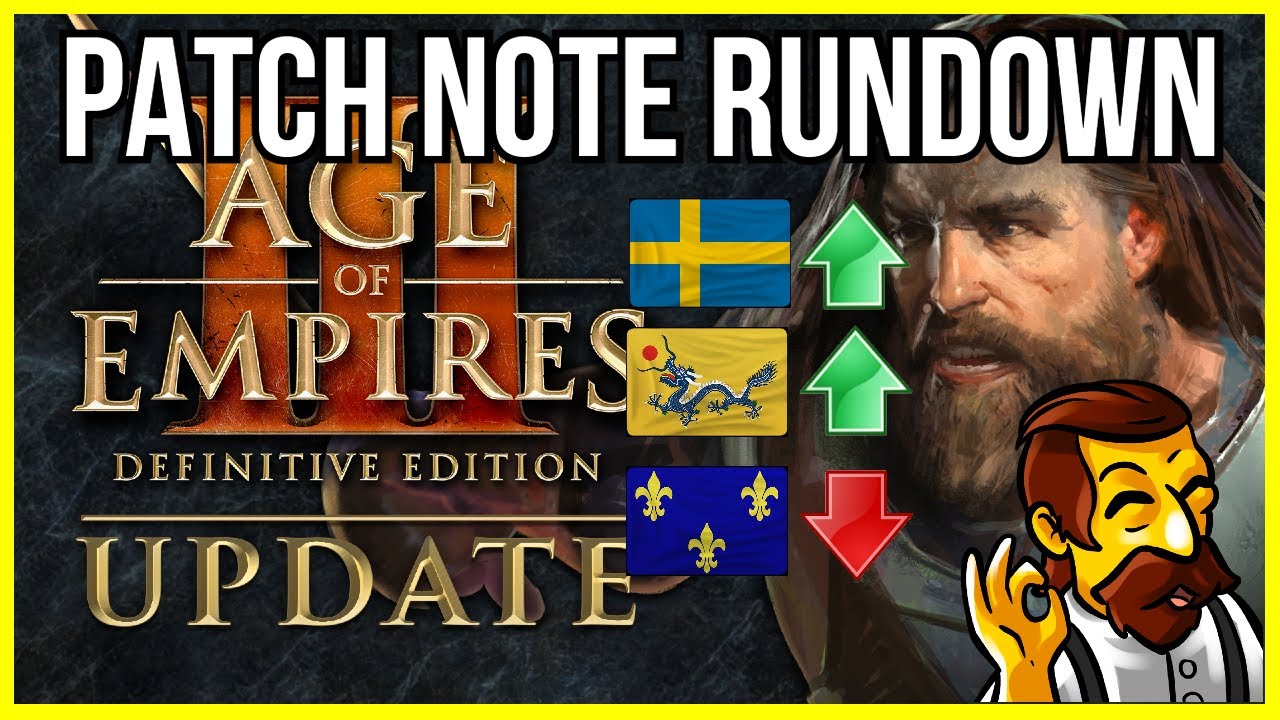 Check the torp gather rates showcased in the video or go and test it yourself. Once torps have 30% more HP, which is usually the first shipment in Age 2, there is no way to destroy torps without them providing value. After 30 seconds, a properly placed torp has already gathered 10 wood. And some food. Or 9 coin and some food.

Torps pay back their investment way too quickly with how easy it is to replace them constantly, they have too much HP and since players started placing them inside trees and mines, they are even harder to find.

Age 3 Infantry guns destroy everything. The Infantry gun upgrade itself is only 250 food and 250 wood, which is way too cheap considering how powerful it is. The card to unlock it in Age 3 gives Sweden an overpowered Artillery unit backed up by crazy economy.

250 HP, 50 siege damage with huge aoe, attack just as fast as a Skirmisher/Musketeer, 22 range. With Arsenal upgrade the get 3,95 speed, basically the same as an Iroquois light cannon, but in Age 3. And they cost 300 food which is a no brainer for Sweden because they get easily more than 15 000 food from their berry cards.

Way too many nerfs my dude, the torps just need a bit of a nerf/making it a bit more expensive and or upgrade its gathering but only for one ressources so fx making it gather 1.x amount of food and nothing else instead of 0.35 wood 0.60 gold and nearly 1 food

No. Torps are ridiculous and need serious nerfs. Being able to gather several resources at the same time is simply insane.

And they can even gather the same resource twice, especially wood and food.

Also,leather cannons should replace falconets in age3 and hakapelts should not be available in age2 via card.

Sweden players need to give up on defending their op faction.

No, britain, inca, china and japan all have “op” houses so if you think sweden having a better shrine type house is op then look at the balance

Just because another civs has an OP house doesn’t mean that swedes also has to have an OP house.

Torps are not even remotely comparable to other houses. They are incredibly overpowered depending on player skill. Check the video, one torp can gather from blueberries, blackberries, tree, mine, deer and livestock. If you combine those, you get insane economy and you still have 99 settlers.

Well how would sweden survive early game then?