After completing “Ottomans Fort” in Blood, Ice and Steel Act 1, I’m taken to the the last Indian mission called Company Confrontation in the Asian Dynasties.

The next mission in Blood, Ice and Steel Act 1 is supposed to follow.

What actually happened (what went wrong) because of the issue you’re reporting?
The mission Company Confrontation loads. 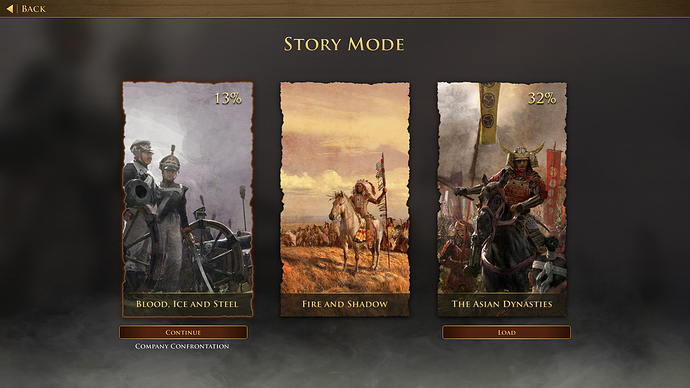 Update - I re-started The Ottomans Fort from the story mode screen and now it proceeds onto the correct level once finished.

Though I still have all the Indian scenarios completed with 9 available cards to choose. How do I revert this?

I have the same problem, it crash during the Company Confrontation mission in India Asian Dynasties, always between minutes 04:20 and 04:40.