Here is the problem I’m experiencing…
One Town Center appears thrice in the Fog of war placed on each other vertically. 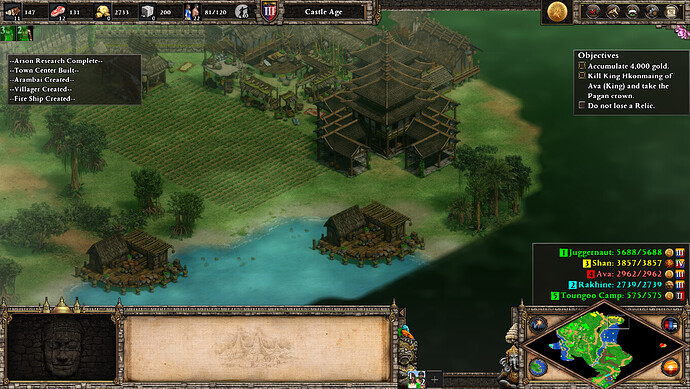 My guess is this bug is somehow related to this:

Not only gaia units, it sometimes happens to enemy buildings as well. When it happens to town center there are three copies of it one over other in the fog of war.

Thank you for the report! I have written this (and the linked) issue up for investigation!