The AI is terrible

I would like to talk about the new AI in this game.

I have been playing AoE games for a lot of time, and I like to play against the AI, alone or with some friends. I remember the Expert AI at the release of AoE III, and I found it to be quite decent. Obviously, It was decent because it cheated quite a lot (with a boost to gathering speed). Then, I was very impressed by the AI of the definitive editions (II and III). In AoE2, I found the exteme AI to be a decent opponent (If you let it alone fro a while). I think that what impressed me the most was that the AI in AoE2:DE did not cheat (in terms of ressource gathering). I find the AI in AoEIII:DE quite decent too, and I find it difficult to win against two extreme AI (1vs2) which is, for me, a sign that it’s quite good.

I think AOE2 DE has the best AI in the AOE series of games.

I played 5-6 games against the hardest AI in AoE4, and I found it to be a huge embarassement for the developement team, and more broadly for a tech company like Microsoft. The AI does not know what it’s doing, it’s army wander arround in the center of the map while you are destroying its city. It does not make a lot of army, and It don’t really bother you. I think I will be forced to play online, because it’s not even fun. I don’t understand why the development team did not capitalize on the progress they made in the definitive edition AI. Honestly, it just reminds me of the conquerors AI 20 years ago.

The worst, is that the development team gloss in the press how good the AI is, how it found bugs that the human did not found, how it learns Age Of Empires 4 Will Eventually Have An AI That You Will Never Beat

I know that it will eventually improve,and I respect the work they did on the DE AI. But but for a AAA games, what an embarrassment…

Edit: The developers have confirmed that they will improve the behavior of the AI. We just have to wait for the next patch 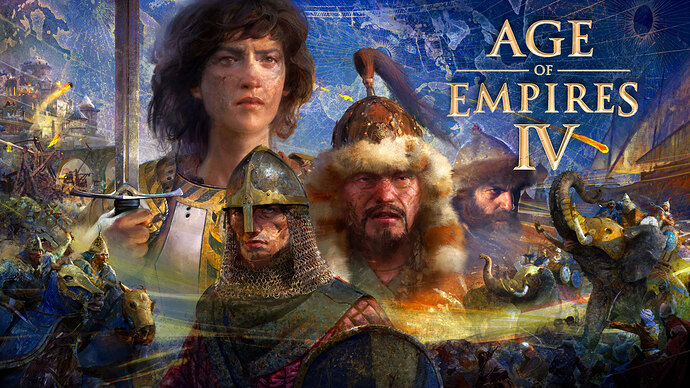 Age of Empires IV officially released on October 28th and World’s Edge and Relic Entertainment have loved watching you play! As

I second you here.

The AI is also extremely erratic - in one game, the hard AI did not make much military. In another, the intermediate AI rushed me with a loott of army.

Also the AI has a good early game, but it retreats from fights way too often in the late game. You might be sieging its base, but the AI will often retreat its entire army to the TC. You can treb down all its buildings and win, and the AI will sometimes not even respond…

I have the same feeling. Sometimes AI brings a large army, but retreats after losing a few units.

AI rushed me in skirmished mode like 30 seconds into the game I just started gathering resources when a massive army burn my buildings down and killed my villagers. My first play i spent 4 hours just repealing and invasion I was unable to even advance to the 2nd age finally I just gave up.

The ai is just as unfinished as the HRE civ and the game altogether. I also found it very disappointing. There are good aspects, but all in all the ai is not a challenge and instead rather confused. Sometimes they attack, sometimes they don’t. Then they approach with a few units and instantly retreat when you come (which is fine if this was a diversion and a bigger attack would be commenced somewhere else, but it is just this little hit squad and no follow up). And yeah, if the ai builds a big army, it rarely ever attacks with it and instead roams the middle of the map and their base.

This game is an open beta…

The campaign missions also show previous states of the game. Archers are forced into melee, there are mining upgrades for both stone and gold. Even the building hotkeys are different from the skirmish or multiplayer version of the game. It’s unfinished.

I have encountered the same problem.
I have played against Hard ai (french), and another against hard ai (chinese).
The ai had no idea what to do… just running back and forth with its units, totally incompetent.
I played as english with mass longbows…
So… to devs, please make the ai more harder.

(I apologise my bad english.)

I wish the archers were still forced into melee at close range.

The fact that they still try to shoot someone right next to them instead of using their knife is kinda weird since I come from AoE3.

Agreed. I was very disappointed when I realized they took it out of the game again. It was one of the good things…

The AI is also extremely erratic

the main issue is the AI is usually terrible against rushing. if you give it some breathing room to boom a little then it is consistently better. but this has almost always been an issue with AOE games (ive played about 20+ matches in beta, and about 10+ matches since release)

This AI must be boosted ASAP:

The AI is broken

I think it will be fixed in future patches

Wait what??? This is my first AOE game and after like 5-10 games I finally beat the AI on hard.

Every single time without fail they are rushing me NON STOP and each next rush will counter my units. They also have scouts EVERYWHERE and consume the entire map very quickly.

Are you just that crazy good?
You’re playing on Hardest?

If that AI is a joke to you can you please teach me your ways?!
XD

Maps with defensible chokepoints make it much easier to survive waves of AI attacks (and prevent being constantly scouted).

I used to be like that in AoE2. It took a lot of effort to beat Hard. But then I realized the AI is not really that good as I used to think.

The real thing you need to ensure is that you’re never idle. You must always be doing something- gathering, producing, building, and making sure that you never have too many unspent resources.

If you can constantly spend resources on things, you can beat the AI.

Here’s a guide to beating the hardest AI:

Play the Early Economic Art of War. Get at least bronze.

Do that in game. Then build a barracks and an archery range and spam spearmen and archers*. Just keep pressing Q on each of your 3 buildings, and then sometime in the next 10 minutes research and build a few rams. Select all military, press A, then click on their base.

*Just to be clear this is not an actual good build. The hardest AI is just so bad that it loses to even a bad build executed poorly.

Hahahahaha I’m dying. I literally just did what you said and now Hard AI is easy. Turns out I just wasn’t producing units enough.

You get a lot richer when you never need to halt production to run away.

Just having the units in advance instead of having “oh ■■■■ make units!” moments.

So being well defend, means you can get well rich, and being rich means you age up and get better ■■■■, and getting lots of better ■■■■ wins you the game. So simple!! XD

Woops Idk if I replied to your message or the thread… It’s the one up there. That method you said worked XD

So I was doing everything except producing enough units lol. I constant production off one barracks one archery range was enough to defend all early to mid stuff until I exploded and crushed Hard AI! Now it does seem easy lol

So happy I came to this thread and had my AOE epiphany!

I’m an SC2 Zerg player. Had me all messed up.
But like terran and all the Civs here you need constant steadily increasing unit production alongside your macro.