Another update to make:

Some changes to the Bonuses:

There’s a flag that’s exactly the same as the first flag pic but happens to be in the form of the AoE4 flags. Thanks @Seicing for the creation of this flag! 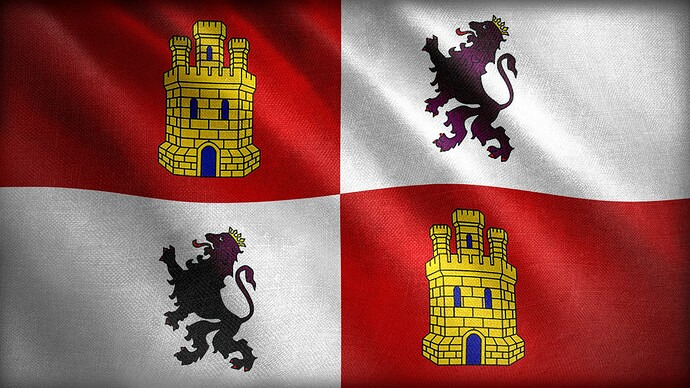 One change to make:

A change to a Bonus:

I think this would be the perfect civ to reintroduce champions. I know most civs have had them in mediaeval times, but because stories like El Cid, champions feel like a good fit.

Reading these gave me an idea. I really like the Reconquista aspect of the civ. How cool would it be if each landmark was another Iberian kingdom uniting to eventually make Imperial Spain. You can have landmarks from the Castilians, Navar, Aragonese, Valencians. The imperial age landmarks could be from one of the last regions conquered, like Cordoba or Granada.

Hello everyone, We are going to show you a concept of the idea of ​​Spain for Aoe4. To end the dilemma with this civilization we have implemented an asymmetrical and fun game system that makes sense of everything, being a more powerful civilization exponentially with each age you reach, taking out its maximum potential in the imperial age historically represented the time in which Spain was more powerful and fitting in with the Aoe4 ages that go up to 1644. The idea is simple, to represent the…