With this formation, the troops are supposed to form a square. Yes they do, but not in the proper way. Next I explain the “failures” of the ‘defensive mode’: 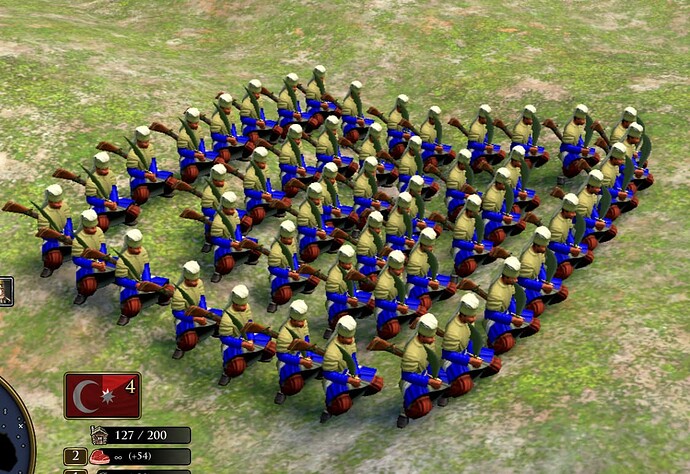 Captura de pantalla (354)1123×772 157 KB
Musketeer-type units protect themselves, but this is not good when you want to protect artillery.

The ideal would be: 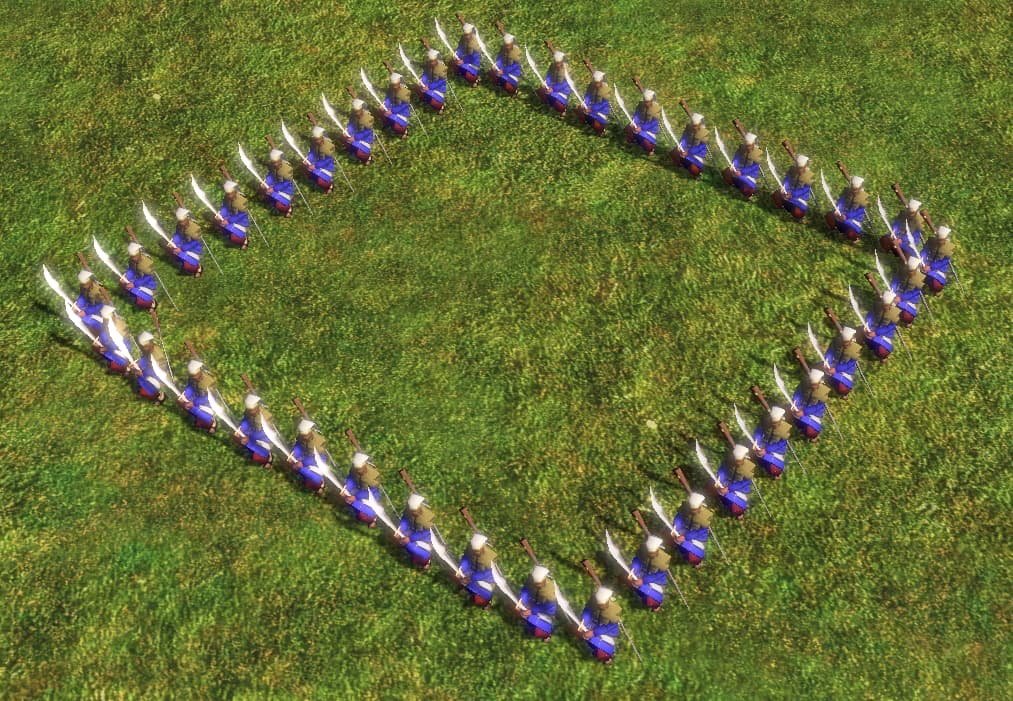 Units do not cooperate when they have the ‘defensive mode’ activated even though they have the same labels (in this case jenizaros and nizam). That is, they do not form a square.

Note: Apparently it only happens with the nizam, because after combining Janissaries + Askari and the result was the formation of case 1.

This time the Nizam do the formation well on their own. (I do not know why) 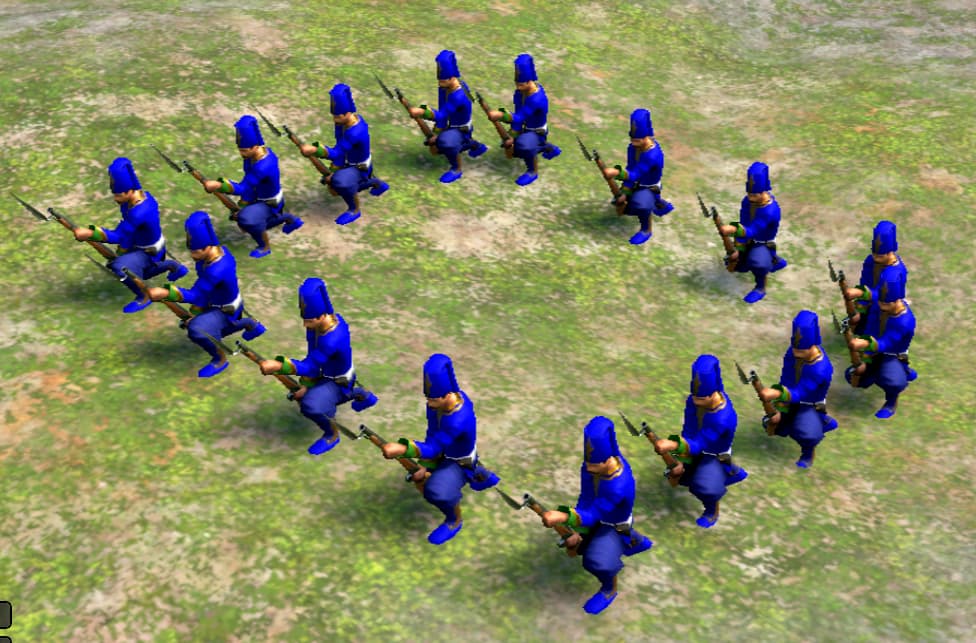 When ‘skirmish’ type units are combined with ‘heavy infantry’ type units, the heavy infantry does the formation well, but the abus gun in this case does the case 1 formation, when the ideally they would make a square.

The ideal would be: 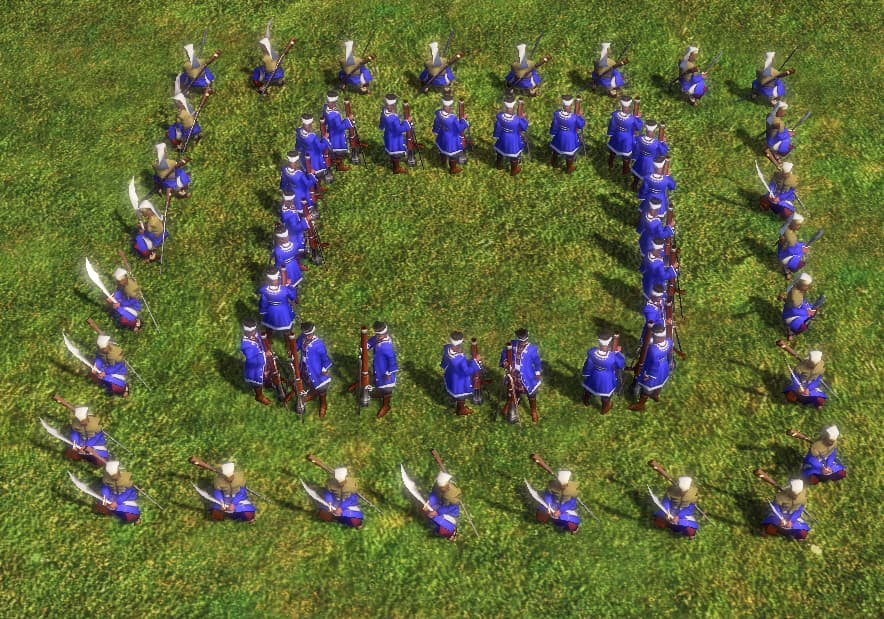 I would like the artillery to cooperate with the formation of the square, and that the soldiers making the square do not move while they are in this formation. That is, the artillery also has this command and is automatically located in the center. It would also be useful to move in this mode without disarming the formation. 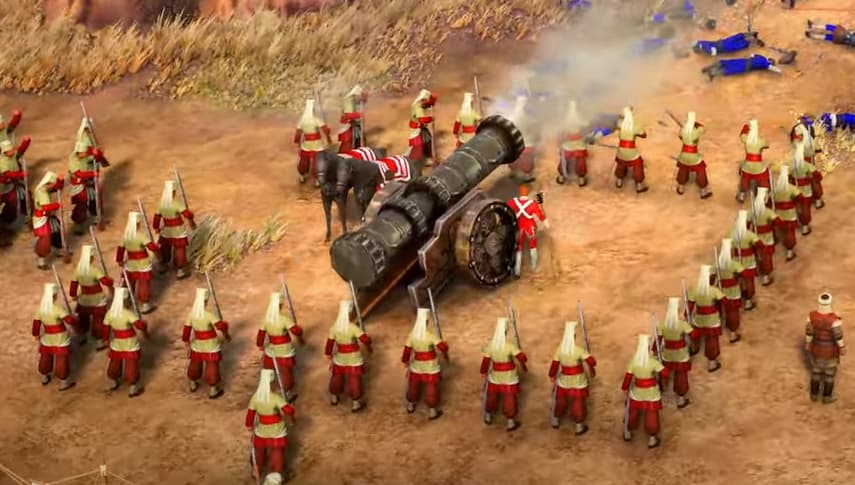 I think that’s all. Thanks!

Here I report 2 other errors regarding the nizam and the animation of the movement of the trees:

Nizam Riflemen are no longer affected by the ‘Battlefield Constructions’ card. In case you can regain the ability to build make sure that the ‘volley mode’ and ‘stagger mode’ commands are not covered by the ‘sürat assault’ command, since giving them the ability to build moves the ’ formation commands’ one row down and this formation (‘sürat assault’) overlaps these 2 formations (‘volley mode’ and ‘stagger mode’). I also want to report this. It is not a mistake as such, it is rather a misplaced …

Idk I like the new changes to the square, well for the skirms and the compact square. the old square was very unwieldy once it got above 10 units and with how compact they are now its much easier for defense and keeping damage density high. moving a mass of muskets and skirms around like the old ways was very vulnerable to a breach or being defeated in detail since the opponent could just target a section of the large square.

I agree about making artillery cooperate with the formations, but for now I find just selecting a group of defense mode units and walking over them to be pretty good. It doesnt look pretty but its a dense wall of flesh to body block the the cannons

On another note, cav defense mode doesnt seem to work with infantry defense mode. they just stand in ranked formation like normal, would like to see the cav form a circle around the infantry 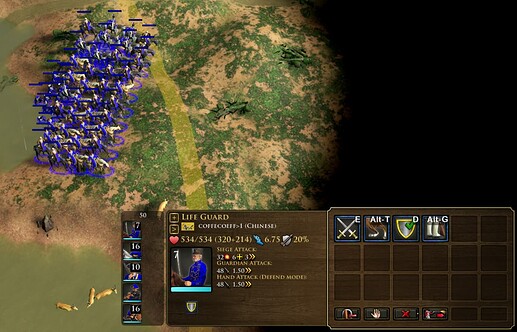 The nizam is probably a bug

I wasn’t sure if it’s a mistake or something deliberate. It is true that the infantry that protects to herself is much better, but it is very bad at protecting the guns. If this is intentional, then the nizam is the only mistake here.

I think its pretty good at protecting cannons actually, well only if you need to protect like 3-4 at best since you still want as many bodies as possible body blocking a single cannon, the old large square was vulnerable to just being breached and then units can just rush in an kill the cannons.

edit: I agree it doesn’t scale well above like 5 cannons

To protect a cannon in a decent way you need 12 units (Janissaries in this case). 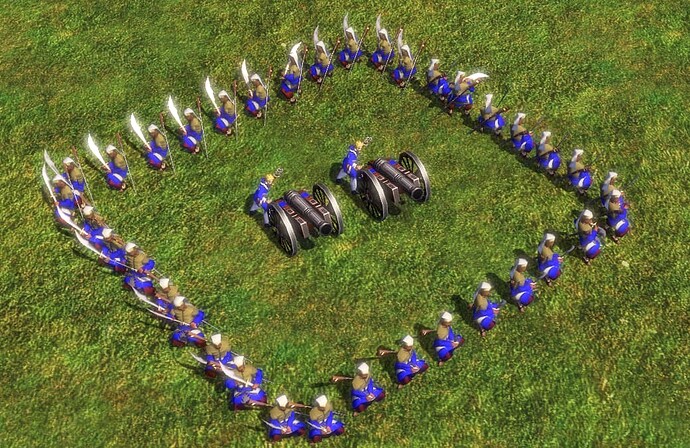 Captura de pantalla (375)1041×677 164 KB
In this case there are 36 Janissaries. If the artillery cooperates with this formation, this is what it should look like.

the old large square was vulnerable to just being breached and then units can just rush in an kill the cannons.

In case the artillery cooperates, the spaces would be easily readjusted. In other words, the units are retracted, covering the vulnerable points.

I would kinda prefer it looking like this actually

In case the artillery cooperates, the spaces would be easily readjusted. In other words, the units are retracted, covering the vulnerable points.

the problem is the large space in the centre where there are no units protecting the cannons, once the square is breached then even if the hole is covered, the cannons are effectively undefended

It’s true. There could be a special formation with several checkered lines or a front protection denser than the side and rear parts.

I really like what you call “failures” (case 1 and 2). An infantery square should provide a cover against cavalery charge at the cost of a higher vulnerability against artillery and skirmisher. Infantery square should not provide a cover for skirmisher or artillery, it has never served this purpose.
The problem in the current square is that it don’t provide any protection against cavalery. Indeed, this formation is detrimental against heavy cavalery, such as cuirassiers or mahout, which have a zone attack. I believe forming a square should increase significantly melee resistance. I don’t like the original square, which were not very usefull.