The Europeans have arrived in Afirca 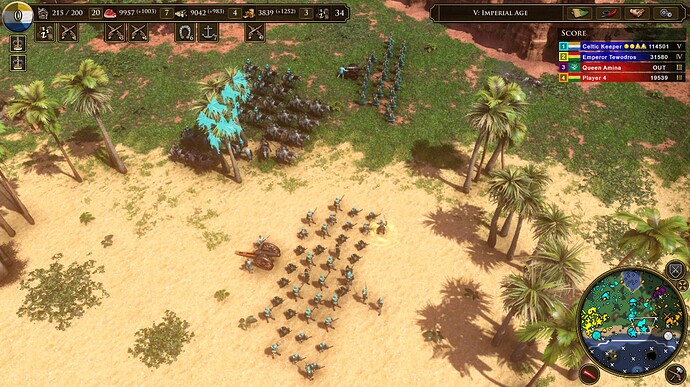 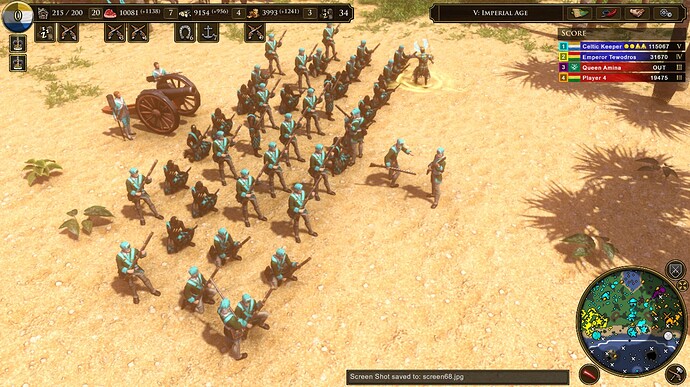 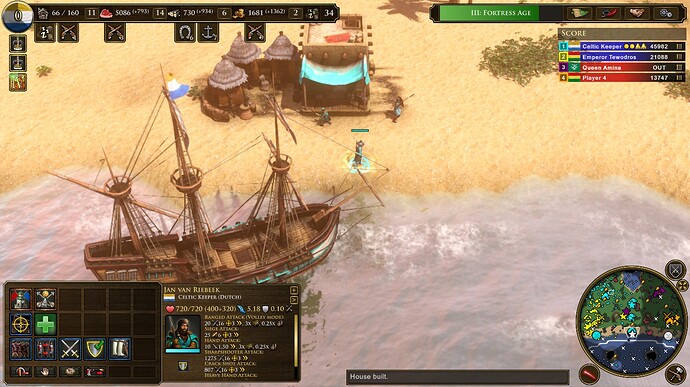 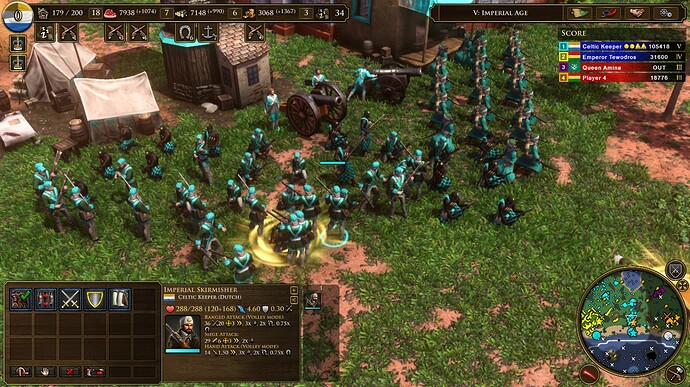 The devs have done a brilliant job , I thank you for a quality product!!!
Here is hoping to see the Zulu as an African event reward ,free unlockable civ. (Just like the US was).

Next civs we need:

I say Morocco is good choice to add and maybe Zulu, Persia is too early for the timeline and other civs just seem too minor.

i think no need more civis

i think we need more civs at some point.

but deff not Afghanistan.

i’d like to play Danes on the goldcoast since you know, they actually had the biggest colonial presence there.

Persia also existed in this games periode, i dont really see why they should be excluded. 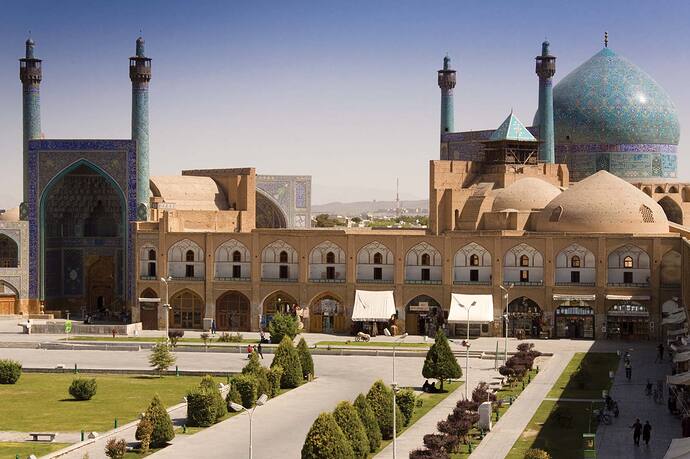 Safavid dynasty, ruling dynasty of Iran from 1501 to 1736, known especially for its architectural achievements and its establishment of Twelver Shi‘ism among various ethnic and linguistic groups throughout Iran as a major unifying factor. The dynasty... 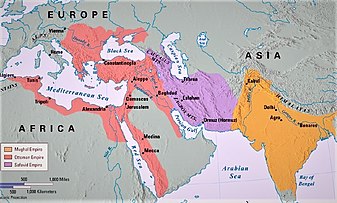 Gunpowder Empires or Islamic Gunpowder Empires refers to the Ottoman, Safavid and Mughal empires as they flourished from the 16th century to the 18th century. These three empires were among the strongest and most stable economies of the early modern period, leading to commercial expansion, and greater patronage of culture, while their political and legal institutions were consolidated with an increasing degree of centralisation. The empires underwent a significant increase in per capita income an...

on par with the Ottomans and Mughals.

Thanks for the info, the articles show that Persia was only a regional power, Persia just doesn’t really fit into aoe 3

Neither the new african civs or the US at that frametime, but here we are…

i mean if we exclude regional powers and below then we litterally have no factions left, and half the factions in game would fall under that umbrella as well. Hot take: That’s why they should be added.
They weren’t significant on a larger scale. They were limited to a relatively small area and a small time period but you know what, that doesn’t matter.
Zulu have high name recognition, they have a unique way of fighting and would make an interesting Civilisation.
It’s not always about how important an Empire was.

Also Zulu is the most common language in South Africa today (2011 census) with over 11 million native speakers. As much as English and Afrikaans combined.

I’d agree with most of them.

Morocco and Persia definitely, no question. They are the highest priority Empires globally in my opinion.

Berbers and Afghans work well as minor civilisation and mercenaries. Some regular Moroccan units should be Berber (speaking a Berber language) and some Persian units should be Afghan (Afghanistan has a lot of different ethnicities).

Arabs were mostly under Ottoman control so I would add Oman as the most influential independent Arabic Empire.

Zimbabwe and Zulu are culturally similar so they could share some gameplay mechanics and units.

My idea:
Morocco and Oman in a combined DLC as they are both Muslim nations that conquered parts of Sub-Sahara Africa. New unique Arabic mechanics.

Zulu and Zimbabwe as a South African DLC. Share the influence mechanic with the other Africans. Maybe cows are even more important to them.
The Boers could be a campaign only civilisation (modified Dutch, similar to the South African revolution).

Persia as a single Civilisation DLC or in combination with an Asian civilisation like Vietnam. Should have Asian mechanics like Wonders and a Consulate but no Monks.

Neither the new african civs or the US at that frametime, but here we are…

Military of the Afsharid dynasty of Persia

The military forces of the Afsharid dynasty of Iran had their origins in the relatively obscure yet bloody inter-factional violence in Khorasan during the collapse of the Safavid state. The small band of warriors under local warlord Nader Qoli of the Turkomen Afshar tribe in north-east Iran were no more than a few hundred men. Yet at the height of Nader's power as the king of kings, Shahanshah, he commanded an army of 375,000 fighting men which, according to Axworthy, constituted the single mo... 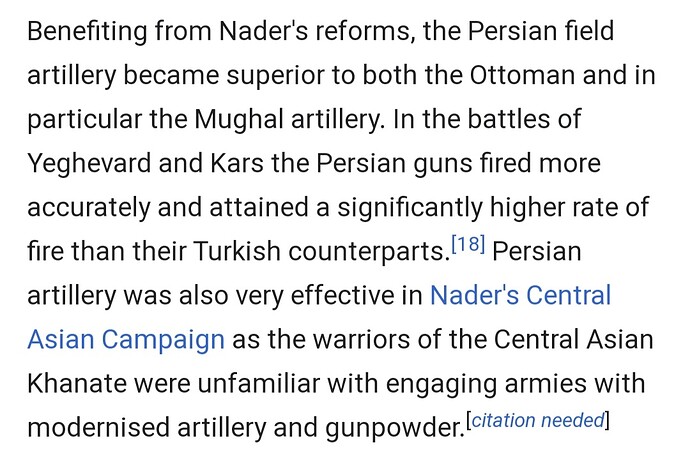 Screenshot_20210803-114252_Chrome1080×722 176 KB
Persia was one of the 3 powerful Islamic gunpowder empires of the AOE III era , main rival of the Ottomans in east , they fought with many European powers like brits - russians - portuguese - dutch , They defeated the main large army of the mughals & captured their capital Delhi .
The plunder seized from Delhi was so rich that Nader Shah stopped taxation in Persia for a period of three years following his return . It resulted in collapsing of the entire Mughal empire .
grizzgolf August 3, 2021, 9:41am #16

What does everyone think so far of the new civs?

They are fun, interesting and well crafted.
And I absoulutely love the African maps.

I know people just want the largest of the large empires and no regional powers added but they forget that all of those large empires came into contact with and fought immense battles against those regional powers during the endeavour of creating their empires. The afghans, the Zulu, the Berbers , the Arabs were all regional powers that fought in highly important battles in resistance of these growing powerhouse empires.

Hense why I wnat to see them added. The Huron and Soix were also only regional powers but they were the main enemies of the large Empires untill they were defeated and incopurporated into an already existing empire.

What is the point of commanding a professional army of a large empire but not having any diverse historical enemies? Hense why I want the Tuareg, the Afghans , the Polynesians added, not because they succeeded in creating huge empires that still exist today but to reinact the battles between these kingdoms and the larger dominating Empires.

I wish the devs put this effort into European civs or maps.