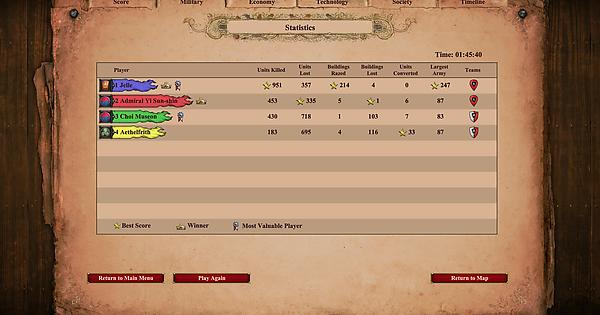 1 Like
Hardest AI completley potatos out when Berbers on Arabia
GMEvangelos split this topic February 21, 2020, 11:29pm #2

2 posts were merged into an existing topic: AI Stops Working In Multiplayer Games