I found It very interesting i Pretty agree with him.

And i agree with two things

a) the graphic Is not good and It not represents a 2021 triple AAA game;

b) Relic never developed RTS as AOE and this game show It.

How could developers change this narrative?

I don’t think that DLC with new civilizations Will resolve the criticisms. I expect some really big update with more features and changes from more Graphic options (Better textures Firstly) to Patrol comands, more zoom level, diplomacy and more.

They made a game for AOE players, AOE is not about competitive. Majority just plays campaigns, custom campaigns, uses scenario editor and plays easy AI.

Well the numbers and ratings say Forgotten Empires did an incredible and excelent job, they can co-develop the game as well. But ego will not allow it?

No , i mean a Co-develop with community 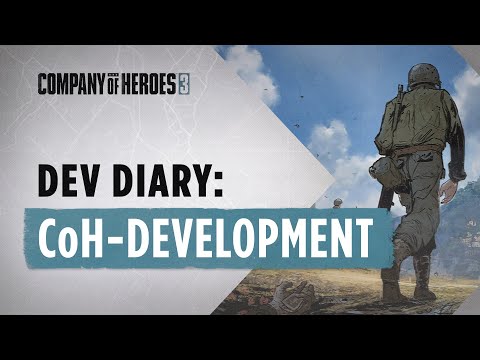 I’m planning on buying this game on Halloween. Halloween 2022.

I think of the video very critically, since he obviously tries to meet this meme 60 reasons for 60€ pricetag at all cost, making him look disingenuous from time to time.

Beside that, I agree with you as well.

Everything I’d ask for is them taking half a year more time and polish everything properly with a bit more content added.
This uncertainty that they might not release more content or they might change so much that I basically bought a different game initially, is scaring me off my purchasing decision.

i think that guy of the video is a complete liar , aoe4 is not sc2 and neither total war .

And i agree with two things

a) the graphic Is not good and It not represents a 2021 triple AAA game;

well , for me and for a lot of people graphics are now great.

b) Relic never developed RTS as AOE and this game show It.

Yeah but we have already tried and its worth of being a part of the aoe series isnt it?

i disagree , For me the wow factor is the sound desing , soft and nice looking graphics , The cliffs , The big walls and a lot more

i Always tought the Age of Empires Council had given the wrong feedbacks to developers (in terms of graphic, Buildings and unit sizes and more) but After seen what Andy said about his feelings about the game i was wrong

The comunity council did give developers the best feedback posible , they were doing their job and i think they did prety well.

they Tried to make this game good for everyone but in this way you are not making a good game. Which Is the the main audience for AOE? competitive or the casual players Who are going to play campaigns and skirmish (co-op)? In the First case, this game Is not ready for competitive due the lacks of many features; in the second case you have moving away many players because this game doesn’t seem a real 2021 RTS for different reasons wich are very well discussed on these forums (from graphic to UI, readability, physics and more);

I agree. That video has almost twice as many dislikes as likes, which says a lot.

This is the worst review i have ever seen , no wonder why it has so many dislikes lmao

Of course the shill squad bombarded that video to oblivion lul

They even added higher camera zoom out and patrol in the recent AoE3 updates. Makes me think they are having a good laugh at AoE4 to be honest.

Possibly because they have not been involved? Maybe?

I don’t especially like that vid, but that’s more about the guy, way of speaking, general vibes.
Content? Majority of what’s being mentioned was mentioned here- multiple times.
Some of the things have been addressed/ improved or we know are being worked on. But still most concert remain and most likely will remain even after launch.

This is the worst review i have ever seen , no wonder why it has so many dislikes lmao

Game didn’t come out- there are issues from the older test build, how that can be a review of anything?
Also people often like/dislike things they want/don’t want to hear. Things like that are not the only one, nor the best quality certificate, especially the substantive one. You can see it everywhere. Even here often very simplistic post without much thought or substance get many likes, quick, just because they carry strong opinions and feeling about the subject. Often from the same people.

Anyway- which points you think are wrong? Saying something is ‘the worst ever’ would kinda require to mention at least few arguments for such a strong opinion.

Oh look another Youtuber who tries to win views by bashing AOE4. No wonder he has so many dislikes.

About what things he is not telling the truth, or straight up lying?
What does ‘bashing’ even mean? Outside of ‘somebody is saying some things that I find as negative, about the thing I like’.

Sorry but statements like that are as useless and meaningless as likes and dislikes on YT videos.
It’s filled with coverage of specific issues. It’s super easy to navigate and reference things. It’s not a 10 min rant recorded in a bathroom stall if you agree with certain points or not- it’s quite the opposite. It would be productive to actually talk about elements of AoEIV mentioned in that vid, and not just throw things like above. It doesn’t actually contribute to an interesting discussion.

I think everyone should buy AoE4 so long as AoE4 brings them joy. I don’t really know how to engage with anyone who has an agenda about whether someone else should or should not buy something. And I don’t know that a specific number of reasons to buy or not buy a game is relevant to anyone determining whether it brings them joy.

Humankind, a game from Sega, was also “co-developed” with the community. I used to believe in community-led development too, then Humankind got released- with many underdeveloped and uncooked gameplay mechanics. And I started realizing, do devs really need to involve gamers in the gameplay aspects of the game? They really went all-out crazy with implementing the highest-voted gameplay ideas and today it is sitting at 60% approval. The game wants to please everybody, and the biggest supporters of the game who defended any form of criticism prior to release (in their game2gether forum and in Steam), are now hiding under the rock. Age of Empires 4 literally a copy of age 2- and it’s a good thing. Age 4 doesn’t need to be radically different. It’s a revival of the series.

Anyhow, I think Gamers should give feedback on what designers and others experienced (you know the people who know 100X than us on how to make games) implement. Now, I think the true community-led development can lead to a good thing eventually, but games that get published by these big publishers work on a deadline, and the sympathy towards gamers and trying to please everybody more often than not leads to failure because, by the time the game gets released, the game feels undercooked. Only independent games can remain in the early-access/co-development phase for6-8 years and get to an 85%+ rating when its releases. But ain’t no body got time for that.

no wonder why it has so many dislikes lmao

Oh thats called fanaticism, he is completely right in all the things, maybe just 2 or 3 not. I completely agreed with him, most of those complaints are basic features that all rts must have. Still have hope that they will add those things for the final version.

Loved the video on COH3 development. While watching I kept thinking, ‘gee, wouldn’t it have been great if this company could have done AOE4…’

the core team in Relic, the more experienced team (lead designers, graphic artists, UI designers) Is working on CoH3 since 2017 and we can seen this result in the recent alpha version: Amazing graphic, effects, Dynamic campaigns with a world Map similar to Total war and more. Except for some Guys, like Quinn Duffy, the team on Aoe4 is composed by new peoples and i’m pretty sure about this due the the many of working positions opened for AOE4 in the last Years;

Any source on this?

Based on publicly available information (interviews + mobygames) it sure doesn’t look like that is the case. Lead positions on AoE4 seem to have been filled by the CoH2 team. I’d also wager it is not common practice to put the Game Director of your last successful game, who also worked on pretty much all your big hits, on the B Team. New hires are rather high profile. If anything, this might be the other way around.

Not sure if the guy had any valid points, I disagree on the graphics which you mention, but there’s no way I’d bother watching a video with that click bait title.