To developers: please chanhe colors and improve the Graphic engine

They are not gonna change the graphic, it’s pre-alpha the core is made! I do not see the point to have a game with max realitic graphic and after 1 year feel like it’s odd. Longevity and playstyle matters. Focusing on graphic like AoE3 is a good way to make something garbage again.

with only half of the player base, there is no point in making a longliving game. and btw, didnt aoe2 stand the test of time, eventhough it was realistic?

Just check the first Pre-Alpha Stronghold trailer. The graphics looked like a 10 years old game.
Firefly more and more improved the settings, even if they are still not so good. But they changed it, so I think we can expect graphics changes for Aoe 4 too. I hope so

I do not think so and I do not see all this cartonish graphic everyone is talking about - too me looks more art-painted. Take a look to albion online the graphic it’s not the best but somehow it’s unique.

Dunno everyone got different expectations. It’s not possible to make everyone happy - it would be utopia!

I really hope to see more things related to the campaigns and gameplay. that’s what counts for me. I really did not enjoyed the AoE 3 so all my hopes goes in to AoE4.

I agree, that the units look a bit too “smooth” to me. Also hope they make units more detailed and rougher looking.

Update the units, more details and this game Will be Perfect. After all this Is the epochs of armours

and @WearyCupid81444, Hey welcome to our community!! StarCraft2, DOW, Warcraft 3, and settlers, all stood test of time too. And they were “cartoony.” Age is a clean, colorful game NOT cartoony.

EVERYONE, compare and tell me (made a post below). I seriously don’t see the cartoony graphic at all. I am like the biggest hater out there for cartoony graphics. I in fact got perma-banned from Civ6 community for trolling pro-civ6 fanboys and developers for making the tablet graphic:

Not hating anybody here, but please rank these games based on their "cartoony" factor

That is true, I am not an artist, but neither any (unless you’re secretly) of us here. So it’s better to let the Relic do their hard work. They have people who have been working on this field since ages, and know what they’re doing. My only concern is gameplay, nothing else.

Hi! I play StarCraft 2 and never left it cartoony… i don’t know. after the video behind the scene… im confused…

I’ve seen scenes from the game and they’ve convinced me, i dont kwow!

maybe for being -pre alpha- the “gameplay” is misleading

im sorry for my bad english, i speak spanish

No worries, a lot of us speak different language. What makes something cartoony? Curvature and exaggerated units. Starcraft 2 has that. Buildings and units are overblown, like cartoony way. It has a dark graphic that’s why it imitates mature. 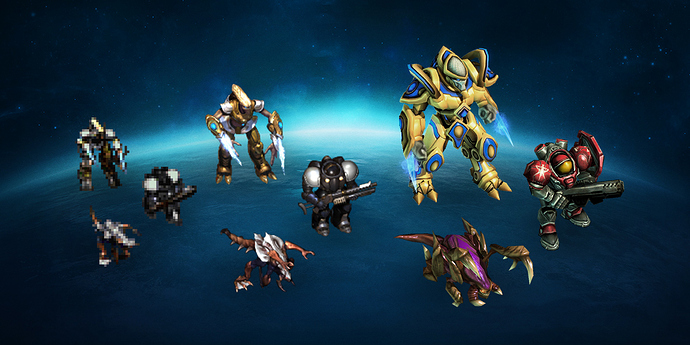 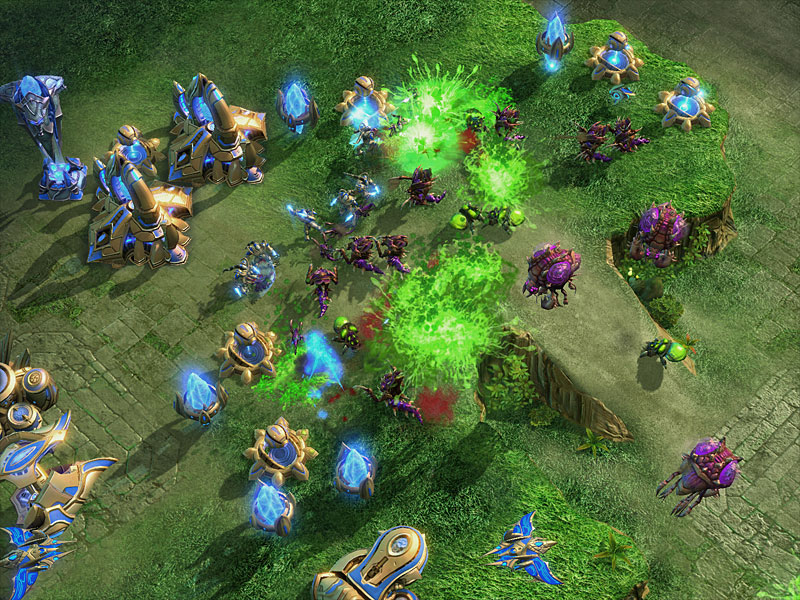 AgeIV has a clean color scheme (pastel/matte color), units and building are scaled based on terrain. Of course they can a do better job, but AgeIV is not cartoony at all. Look the “gameplay” trailer over and over, look closely

You will see what i mean.

I thought maybe colors and modeling,… but but maybe it’s best to wait

So… time will respond

RTS games require a certain amount of unrealistic graphics. Units need to be unrealistically large compared to real life so we can zoom out and see all of the important things at once, both buildings and units. If the Villagers are foraging, the berries need to be the size of cantalopes. They carry about a wheel-barrow’s worth of Stone in their arms. I’m not talking about liking cartoony graphics here. I’m describing exactly what every AoE game has done and needs to do in order to convey information to the player. Unlike real humans, AoE units are like the size of the front door of the House. Also the dimensions of the Units themselves need to be exaggerated a bit so the weapons or heads, other unit-defining features stuck out slightly. Again, this is done in every AoE game. Our Units are not da Vinci’s perfect Vitruvian man. They are all a little cartoony.

This is because the player is flying around super fast well above the tree line and needs to both see and processs everything quickly. It’s just necessary. Sure it’s great if the units are in perfect period-era armor, but that realism cannot come at the expense of the needs of the players’ brains to instantly recognize who is who and be able to deftly click on the right unit instantly so they can race off a second later to the next emergency.

This game isn’t a gritty sim or city builder. It’s like a moving chess match, and we need to recognize and manipulate the pieces instantly.

The game looks fantastic imo. Love the look of it.

AGREE. I can wait 3 more years for a more realistic AOE4.

As i said in previous posts, i can be ok with colored art style but i would like to see more details on units. Buildings, walls etc are ok. Only units seem to losing details.

But i love thhist game. It seems Epic.

Now is a master piece, lol. Is a pre alpha.

I have the opposite opinion with regards to improving the graphics engine. I am worried about AoE4 requiring too high end machines so a lot of AoE players can’t play AoE4 (A lot of AoErs have low end PCs). One of the things I’ve always loved about RTS games–as well as the simple fact that I just love RTS-- is that if you can’t afford a high-end machine you’re still able to play.

Of course, we want AoE4 graphics to be better than AoE2 and AoE3 … but I hope it doesn’t get upgraded to such a high level that a significant proprotion of the AoE community can’t actually play AoE4. I myself, for example, can run AoE2 DE decently since it’s been optimized, and I can pass the benchmark for online matchmaking, but it’s a close call. And I can’t afford a better PC due to the fact that I’m poor.

Obviously we want the graphics to be significantly more advanced than the original AoE games. But I hope that AoE4 won’t require much better specs than the DE upgrades.

And I’m hoping that the devs think that it’s a good idea to allow players who are too poor to buy a high-end machine but still able to save up their money for AoE4 … to buy their game.

So yes, that’s what I’m hoping … that AoE4 will have awesome graphics but won’t require a higher end PC with more specs than the DE Editions. Certainly more than the originals, of course! But I’m hoping that they can aim for AoE4 to have similar spec requirements to the DE Editions.

I mean, I know that there are actually plenty of people who run AoE2 DE with even lower end PCs than me and with laggier machines and who only just scrape past the benchmark (I’m about 100 points above it on low settings) … because although I am extremely poor for somebody in the UK (I cant’ afford even a cheap car, for example, and I have less income than the minimum wage due to being very disabled) … there are people in poorer countries who play AoE2 DE with lower specs than me.

So I’m hoping that AoE4 will look beautiful and amazing but not to the degree that it will require higher specs than the DE editions. That’s what I’m hoping for.

TL;DR: I’d like to think that anybody who is able to run the DE editions of the AoE games will be able to run AoE4.

Oh, and with regards to color changes … I agree with that.

I think that for the colorblind community we should have colorblind modes like with AoE2 DE.

For the non-colorblind community we should have the 3 clear primary colors, 3 opposite colors + black and white and we should make sure that one group is light and the other group is dark.

Another problem is that after we have 3 primary colors and their 3 opposites I think it’s a mistake to fit in two other colors on top of that as that creates too much similaritiy. I think we should simply have 6 colors and then black and white.

So basically I think we should either have one of the two following selections of colors:

Personally I think selection 2 is better. The reasons for this is because I think that (a) It’s hard to get a such thing as dark yellow (b) Bright orange looks too much like yellow.

So, thoughts on having color 1 be bright blue, color 2 being dark orange, color 3 being bright red, color 4 being dark green, color 5 being bright yellow, color 6 being dark purple, color 7 being black, color 8 being white and having colorblind options for those who still have difficulties distinguishing them?