From a few videos I’ve seen so far the Veteran Musketeer model no longer has tricorn hat but some sort of a feathered cavalier hat.
Swedish Caroleans have tricorns though.

It’s just a little odd to me how the musketeer portrait wears a tricorn, and the game promotion arts & videos heavy feature tricorns, but most European civs do not have a regular unit with them.

(Forget about minutemen though, but the arts & videos definitely feature musketeers with tricorns)

Edit: Tricorns were almost the most distinguishable feature of European military in 1700s, just like mitre caps for grenadiers or shakos for 19c infantry (guard/imperial musketeers). It’s a pity if we don’t have them and I can’t really see this change as necessary.

Edit2:
Honestly, if you take a closer look at it, the hat for original veteran musketeer does not look like a typical tricorn either (if you compare it to that of the militia)
It’s more like what you got if you unfold and extend the hat.
The new model does look a bit “tricorn-like” from the front just like the original. Maybe what is missing is the white brim.

Yes! Please can we get some hype for a hat change!

I have written about this before. The hat should be a tricorne/cocked hat like the icon artwork. Right now it looks really out of place.

I realized there is even a musketeer model with tricorn in the cinematics.
The thing is, lacking tricorns in a game in such a time setting is like lacking great helms, etc. in a medieval game. I think this is just obvious as the unit portrait and the promotional arts heavily feature tricorns—and there isn’t any ingame.

The unit upgrades should give a sense of progression in time, just like guard/imperial musketeers with shakos clearly suggest 19th century and beyond. So why are we seeing a wide-brim hat upgrading into a fancier wide-brim hat? Imagine removing the helmet from cavaliers in AOE2 and replacing it with just a fancier version of the knights’ open helmet in castle age.

What confuses me even more is that this is one of the very rare cases in the entire series where the design of a commonly used (maybe the most frequently used) unit model is totally overhauled and I don’t think it is even necessary.

Edit: speaking of distinguishability, the original game give different units different styles of tricorns, like the veteran musketeer with a “unfolded” style (at least it looks like one) and militia, etc. with a “narrower” style. This should not be a major problem. 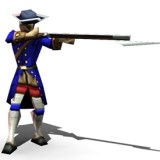 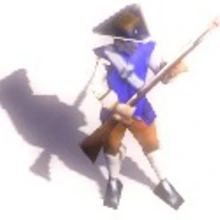 Edit2: funny that the hat in vanilla is not a typical tricorn either (compares to the hat of the militia, which is how tricorn should look in the game graphic) Feels like it is what you get by unfolding the typical tricorn a little bit.
The new version looks like a tricorn from the front side. If you add a white brim to it, it should look very much like the vanilla.

Completely agree!
The tricorn hat musketeer is the posterboy for the entire game and have been since its original release. Growing up with movies such as The Patriot, The Last of the Mohicans and the pirates of the caribbean that stereotypical soldier is a symbol of the era AOE3 is set in. The equivalent of not having knights in AOE2.

Bring them back please

I second this. Really enjoy the game, but never understood, how they iconic tricorn, featured in the poster of the game, never made it to musketeers of fortress age. I does kill the immersion.

Yea, about that… I actually manganed to change the Veteran Musketeer in my game into using proper Tricorne hat(borrowed from the Guard Carolean), and I also tried with the Drummer tricorne hat( it has white lining, fit with the unit icon abeit look quite flat to me).

I noticed that Caroleans actually have 4 different models like musketeers were originally intended to have, but for some unknown reason they did not activate the first model despite you could find it in game files. I wish they would have used in DE all 4 models.

I use the Bar extractor, extract the musketeer_hats.xml.xmb file and edit the veteran musketeer hat to carolean hat 4 I think? Its in the Art_Units.Bar file?

That’s for age II musketeer. If you consider that as a justification for the design then the hat for age IV should not be changed either.
Musketeers had been there for more than 300 years and their gears changed greatly according to the fashion trend of uniforms. If the game has no age progression or change in unit models, then using any uniform is fine. However the game has these changes, and they generally follow the progression of historical fashions (like you’re not seeing shakos evolving into morions, etc.)

Also the reason this hat is called “Musketeer hat” in popular culture is because of the novel by Alexander Dumas, not that it is THE musketeer’s hat throughout the time period of the game.

Funny that tricorns are everywhere in the game, drummers, flag-bearers, milita, heroes (and even a cinematic-exclusive musketeer model with typical tricorns) but not on any regular unit.

According to wiki, the original tier I musketeer wears a brown wide-brim hat.

They even remade that unused model in DE. 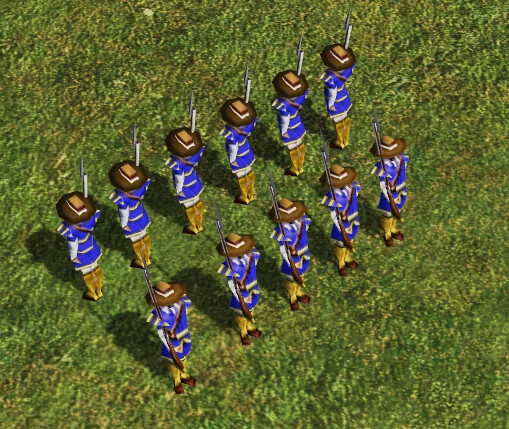 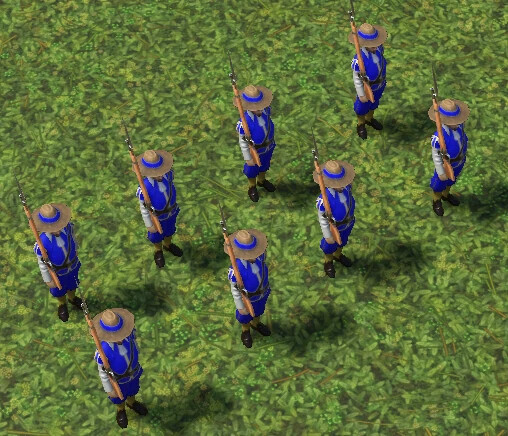 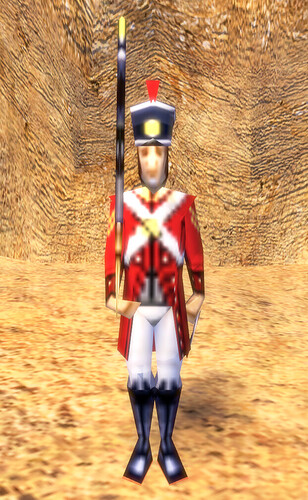 The Musketeer is a ranged heavy gunpowder infantry in Age of Empires III that can be trained at Barracks, Fort, and Galleon. It is armed with a smoothbore musket to fight other infantry at range and a bayonet to fight cavalry in melee combat....

That hat doesn’t make sense in historical perspective if this is suppose to be the earliest musketeer.

Woho! I thought i was the only one missing them, i always get so disappointed when i look at the unit portrait and al i see is a big beautiful tricorn…

And i must say as a swede i love the Karoliner

Considering changes in fashion, the evolution of infantry hats should be like:
wide brim/cavalier hat (16,17c) -> tricorn (18c) -> bicorn (late 18c) -> shako (early 19c)
If there are 3 or 4 models for each unit, then this progression makes much sense.

The problem with the current model is that we’re not only having a 17c hat evolving into another 17c hat, but also a 17c hat with a typical 18c uniform (for veteran musketeers)

Tricorn hat for Veteran Musketeers
This is my mod I just made, you guys could give it a shot.

thank you, definetely will give it a try. one question, does a mere graphic mod make MP games impossible?