Zhuge crossbow and Chinese crossbow use exactly the same personnel model, but their uses are completely opposite, one against light armor and one against heavy armor.

Every time I use and counteract these two units at the same time, I need to spend so many time and attention to distinguish them carefully, which will undoubtedly have a great impact on the battle. Therefore, I suggest modifying one of the personnel models to distinguish them.

Moreover, there is still a bug that the steel crossbow changes back to the wooden crossbow, which further makes it difficult to score. 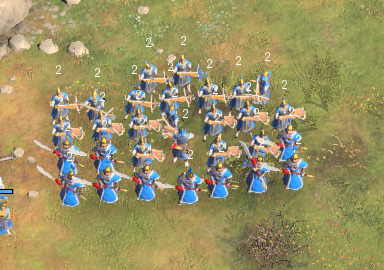 As a chinese, I could tell you the Chu Ko Nu is using the voice of the archer, which is quite wrong in some sense. Shooting with a bow and with a cross bow uses different verb in chinese.

This is another topic…

And I remember Zhuge crossbow also uses the voice of crossbow.

The action animation of the Grenadier is exactly the same as that of the archer.

It is said that the repeater crossbow itself is a temporary unit, so it has not had time to make a model. Is this true?

Will the production team see this feedback?

We see everything eventually—no need to post multiple times.

Thank you for the feedback! It has been captured for the team.