Unable to find a ranked game

Starting Multiplayer, trying to find a ranked game 1v1.
First the dreate a party Box was ridiculous long, afterwards there was an errow. 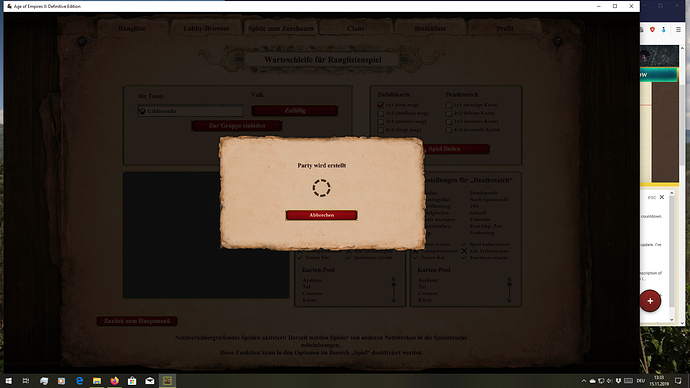 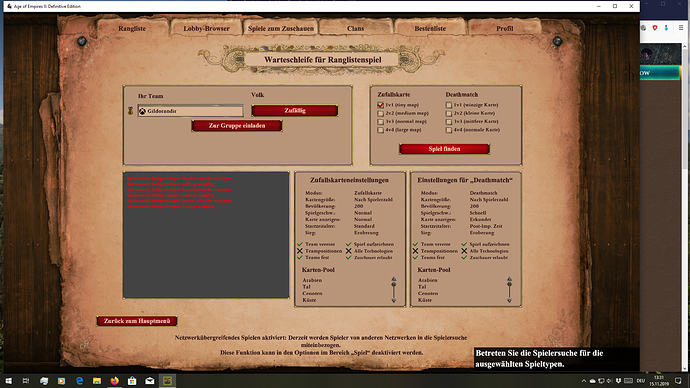 An hour earlier it was no problem.

3 Likes
I cannot currently queue into a match in the ranked playlist
AdmiralLollo November 15, 2019, 3:12pm #2

Was able to play 2 ranked games today, after restarting the game several times (at least 6 times).

+1.
Also lobbies seem to be restricted to US and Korea at the moment.

It just says “Creating Party” for an eternity, if I cancel out and queue again it does the same, although I got a few error messages earlier saying “Service is not available” and “Request was invalid”.

As for the Lobby Browser, I still can only see matches on the WESTUS2 server, which I have red connection to currently, and when I host a game on the westeurope server noone ever joins so I suspect matches there are not visible to anyone.

EDIT: A match from WESTINDIA just showed up in my lobby browser, so I suppose it’s not just WESTUS2 that’s working, although the India server is even worse for me connection-wise so that doesn’t matter.

EDIT 2: Another issue I’ve noticed is that the lobby browser shows an incorrect player count on the lobbies. For example, there’s a game up currently that has 7/8 according to the player column in the lobby list, but selecting it shows that there are in fact 8 players in that lobby and when I try to join it says no slot available.

same here , quite disappointed I must say. But I’m also hopeful that they will fix it. Funny thing is that for me the beta was running without any problems. I also have noticed that I cannot create lobbies no matter what server I choose, hope they fix that as well. Until that I guess I’ll play classic aoe2 on voobly.

Yeah Lobby Browser wasn’t working last night for me either, but at least then I could get some multiplayer games going through ranked, and it was fairly stable. Now that’s not working either

I don’t see any game at all. It doesn’t find ranked games or if I create a game no one joins…