When I construct walls without gates or double walls to blocake routes, missions are dissapear. No rams are coming and I can’t finish the campaign.

Likewise nearing the end of the mission stuck with a blockade patrol 6/8, 7/8 not spawning.
Thank you

Yep. Powering through the campaigns, and noticed that. The first go around I was able to get the 7th to spawn. After roaming around the map for a half hour I restarted. Second time it got stuck at 6/8. Super bummed. Kind of upsetting, given that this has been a known issue for over a year and nothing has been fixed yet.

Hi @JTbox89 and @AhriFox9502885, This has been a known issue since launch. The latest info we have about a fix is the reply below.

When playing Lumen Shan, I find that no matter what I do I cannot get either the last or the last two waves to spawn. I’ve tried the mission 3 times, each with the same problem. I tried placing the walls in a different location, having gates on the walls, and having units on the outside of them and it doesn’t seem to matter. I spend probably a half hour walking my units around after to see if they were stuck in a treeline or something, but I couldn’t find them at all.

EDIT: They spawned, but were hiding along the ridge line on the south side of the river. Three waves were here. 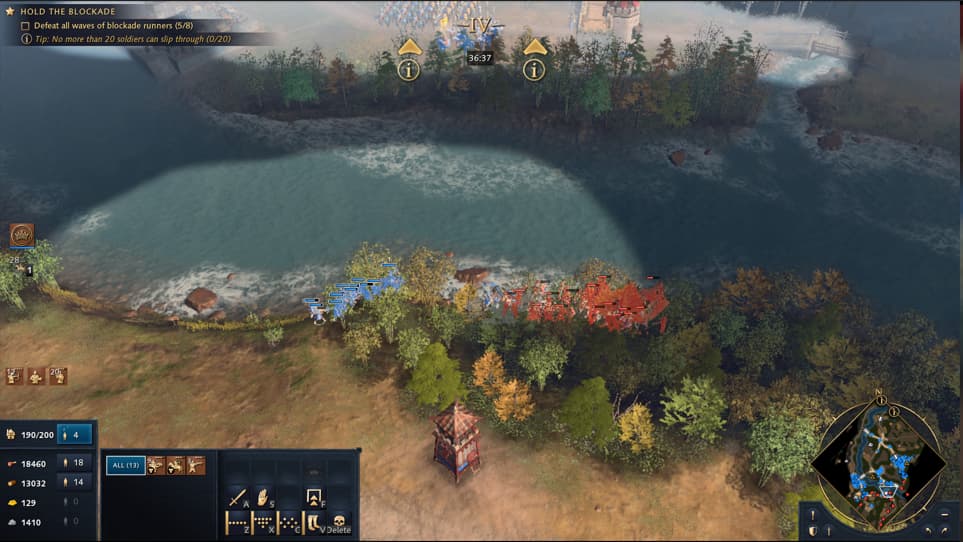 Hi @AhriFox9502885, This has been a known issue since release. The latest I have heard about a fix is below.

Hello,
I recently played through the mongol campaign.
On the luman shan map the enemy waves get stuck in the forest
it was reported here but i would like to add more to it. - Mongol campaign Blockade at Lumen Shan
Below is a screenshot of where the waves get stuck as a result of a pathing issue. 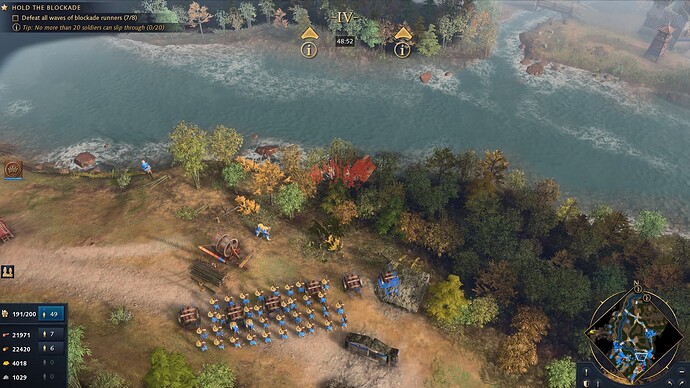 It is also possible for them to get stuck on the top route if you wall close to the map edge. A spearman was stuck just outside my LOS

Hi @thisbescotty, This has been a known issue since release. The latest info we have on a fix is the following:

There are a couple work-arounds.

Update; but not a happy one. This one will almost certainly not be fixed for Season 4 for complicated reasons that don’t need explanation. That said, it is one that is on the schedule to be tackled when certain personnel can get to it.

I’m going to close this one out as this one is pretty cut and dry as far as bugs go. Sorry, y’all! I prefer to give good news as opposed to another “have to wait even longer” update, but it is what it is.