When turning on UHD graphics, all the units are invisible. I can see an empty map, farms, the HUD, and effects like dust and fire. But no units, trees, buildings, etc; they are just invisible. With the UHD graphics option off, the game appears normally. 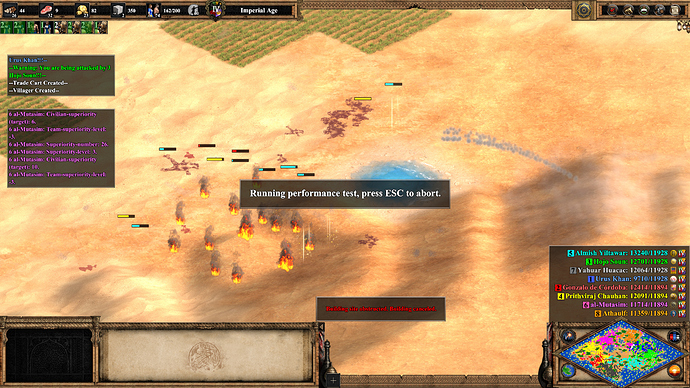 I have the same issue

some units are invisible

FIXES: unistall that “some textures are HD some are not there Pack”, by unselecting it kicking ok.
starting game
raging why it is still there
seeing that you have to uncheck it in properties 2

I have this issue without a DLC. Not just turned off i have no downloaded files of DLC. Sometimes it happens from the middle to the late game

My miners disappeared when mining stone.

I have a video of it: https://streamable.com/l14wa

Enemy Mangudai Units kept dissapearing while not firing, and reappearing once they entered the fight animation. This was during a 1v1 multiplayer game.

These steps might not be enough, because I don’t know all the factors involved, but try this:

Hi @warkos8, This is a known issue.

Upgraded to AOE2DE 101.101.33315.0. Problem still persisted. Uninstalled the Enhanced Graphics Pack and reinstalled it (version 101.101.32708.0). The problem has been fixed. All the units appear normally now with the enhanced graphics turned on.

Can confirm. My problem was now fixed, after following these steps:

When starting a new game with UHD on all the units are gone and unselectable.
I have reinstalled multiple times and tried this fix that I found on another post:

If anyone knows of another fix please let me know.

Posting this for a friend of mine who is playing on a 4K screen. Sometimes units like the starting scout or villagers are invisible (can still be selected through shortcuts) and sometimes villagers are smaller than it should be. The issue does only occur if the enhanced graphic pack is enabled. See attached photo. 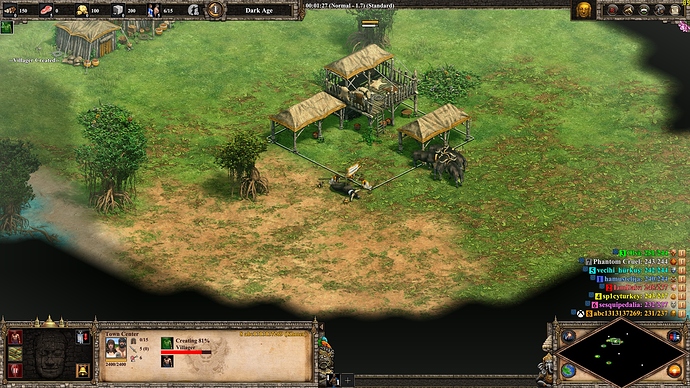