Villagers can phase between unwalkable objects

I saw this today. A Villager started walking on water like it was Jesus, just to reach a tree to chop down, which was originally obstructed by a building.

Hello, friend! I want to add a GIF such like this one of yours on my last bug report. How have you made this one? Thanks!

OBS Studio first to record, and to convert the video to GIF, this tool.

Phenomenal! Thanks you a lot!

happens to me a lot, every game happens.

Just when I thought I was having a good time, playing one of the campaign scenarios without the issue, THIS happened: 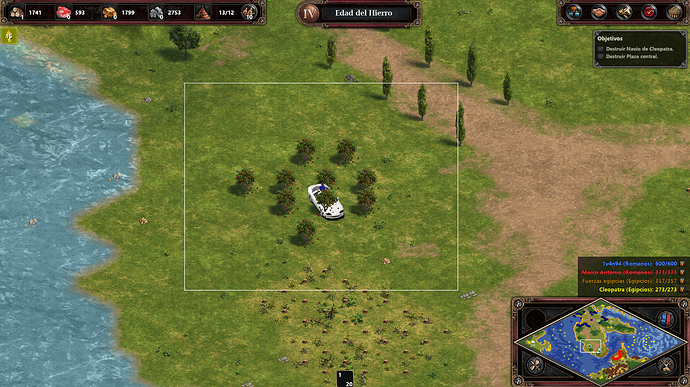 Sometimes, units come so close from each other when they assemble together that they end going inside one another hit boxes, becoming attached and unable to move unless they get detached.

if you have Nvidia just Alt+F9 (with ShadowPlay), no need of 3rd programs.

This bug happen all part of the game (campaign/multi)

I’ve notice that this bug happen much more (but not only!) when you use bigs units, example : elephants, chariots, cavalery, catapulte (no matter about the second unit, that could be another big unit or a small (or two))

For stoping this, you can, as one of these videos, pick the blocked units, make them stop their action (the hand), and them make an action (walk/right click) of one to a direction, and make an action to the second (and/or others) to an opposite way. If that don’t work, repeat, again and again… and again…
BUT, that don’t work all the time. So… try and see ? (sometimes it takes me more than a minute to unlock them). Or kill one of them if you don’t have time to waste…

I also really like AOE1. But all the attention is paid to AOE2. It’s not fair.

I remember this issue from the original game.

One of the main reasons why I stopped playing AoE :DE. It got pretty frustrating.

Yeah. Even though I was very, very excited for update 38862, I stopped playing soon after.

Some days ago, I started playing again, since I love the game nevertheless. But I do want devs to fix this mess so we can enjoy the game more and more with each update.

This happens to me almost every game I play whether single player or multiplayer through the gaming Lobby.

Thanks for the heads-up. I didn’t know it happened in multiplayer as well.