Units try to do an hoplite wall instead of staggering

If you click a large army of units to do a staggering mode, they form a dense line instead of spacing up. Probably related with the augmented unit size limit, pathfinding and obstruction.

Units should stagger and have space between them 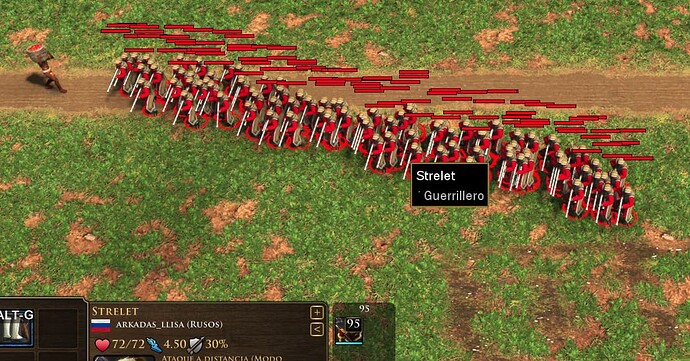 I don´t think this is it, if i remember correctly, in TAD it was the same, don´t remember in which number of units it starts to happen but i guess you can test it, it should be around 40, maybe a bit less, and the previous unit limit was 50.

But yeah, i also noticed this, and i suppose most of us did, that with few units, until like around 30, it does space up units, avoiding cannon damage, but later they just gather up more than normal, wich i think is nice to use, because that way all your ranged units can fire almost simultaneously and at the same range, so is useful but i think not at all for what is meant for, but never knew if it was just me because nobody ever talk about it hahaha

I had some real WTF moments against cannons

As far as I’m aware it’s always been like this even since the vanilla days.

Yeah, it’s been there since the legacy game. It would be really good tho if DE gets rid of this bug.
Also, in the current behaviour, the change in formation is not instant. It only takes place after you give the command to move your units elsewhere. I wonder if it can be made quicker and in just one command. Maybe it will open up more micro possibility against cannons. Like the dodge micro in aoe2.

Thanks for your reports. We are already tracking this issue!