There are two bugs I’m reporting: 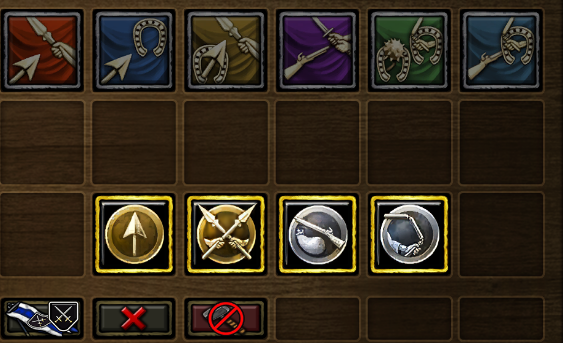 Thank you for the report! I had seen this problem mentioned, but didn’t have a specific case (for the upgrade issue). Both are being tracked for investigation by the team!

it is related to Confucius Gif and upgrade a castle’s attack/HP. Unfortunately in order to upgrade the units we cannot upgrade the Castle until we upgrade every unit of the War Academy

Really? since the game was out I never saw the bottom row upgrades. At first I thought they simplified the tech tree (e.g. I thought that the iron flail upgrade applyid to both iron flail and meteor hammer), but I was wrong.

Too bad because as I said elsewhere, the chinese units is what makes China interesting to me haha.

This issue is currently being tracked, thank you for the report.

This hasn’t been fixed !!