I am having low fps when I turn all graphics to high. I then check Task manager and the game is barely using any reasources, so what is the problem here? 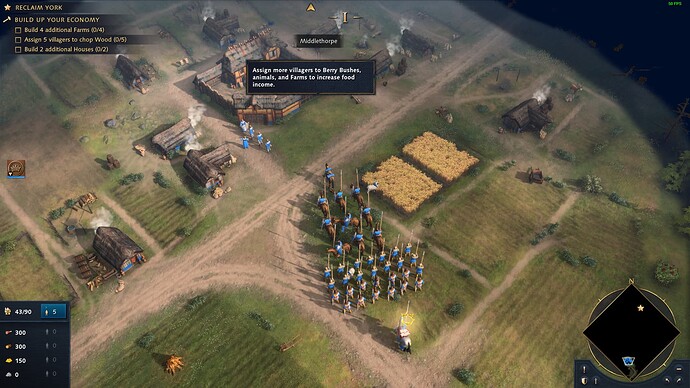 this makes no sense to me 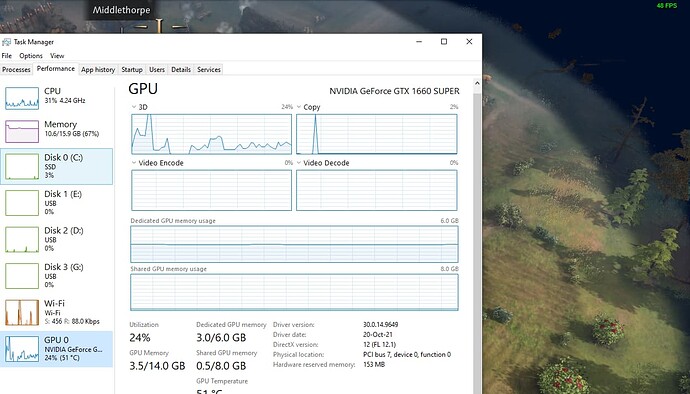 also why cant it be like normal games and not require a ■■■■■■■ restart every time u edit a setting?

I mean, I wouldn’t say “using 70% of your available RAM” is “low resources”, but there is an issue apparently when you pan the camera, the frame rate drops significantly.

Can you check the CPU load? It might be helpful for the devs to see how that 31% is distributed.

20% on the game. AS I said the only difference made was GPU when I changed, not RAM or CPU

Click on the arrow to the left of copy, pick graphics_1. Is it still low?

interesting, it is maxed out. I have never seen this before, can you please explain how it works?

This game is badly optimized in cpu manners. It only uses 1/2 threads on almost 100% usage and all other are not used. This is why without good cpu you get low fps.

This is why without good cpu you get low fps.

Not a cpu issue. ITs GRAPHICS
3300x is my cpu anyway, good thread power

interesting, it is maxed out. I have never seen this before, can you please explain how it works?

GPU usage is complicated. There are a lot of things a GPU can do. Like video rendering, copying from ram to vram, and more. What’s 100% usage? It’s not a clear answer.
Analogy: It’s a bit like like with CPU cores - you can have 1 core at 100% but the overall cpu usage will be at 25% or lower - except that each “core” is responsible for doing something completely different.

is there any work around/things to try? This is def not a game that should be struggling on 1660s OCed lmao 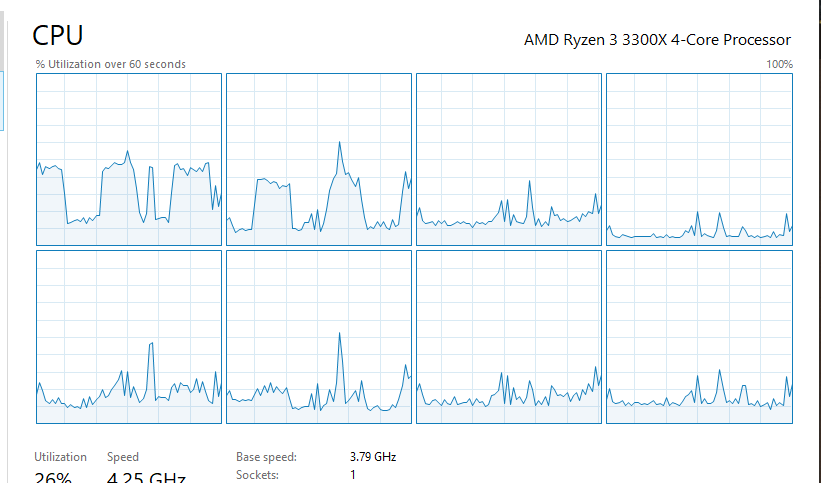 wouldve hoped they made it multithread but oh well. Anyway this wont be an issue until heaps of units.

I just heard from friends that he is able to play with max settings at a stable 60 FPS with GTX 1060 3 GB, 70-90% usage. Game not optimized for my GPU it seems or is there another issue??