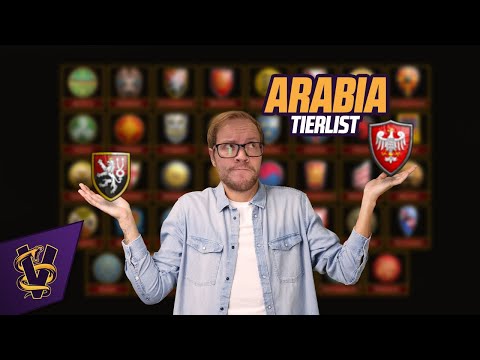 Devs, can u give some?

He said they don’t have eco bonus aside of instantly researched Loom
Plus you can’t give them eco bonus because then stopping them to get Perfusion and Infantry flood is harder.

Goths don’t might be a high elo civ, but they have their place and they perform very good in lower elos, so no need to buff them.

The Goths are fine. If they get an eco bonus. Perfusion would need to be nerfed to be like 50% slower. The Goth flood is hard to stop as it is.

I want them perform good in high elos.

Win rate does not mean strong civ. In other games too: Less populer units has more winrate then populer ones. Because most of the players of that units are play them like one trick pony so they win more games and it gives them high win rate. I mean most of the goth players play ghots very often.

And because they are such a one-trick pony its completely fine they aren’t a top tier civ at pro level.
It’s still a strategy game, not one-trick ftw.

I would do this:

I think the same but it will not help a alot. Khmer bonus gives you extra food production in every age and giving you to denay wellbarrow but givin same bonus to boar hunters can only apply for boar and technicaly useless; because, you can lure the boar to your town center if you need intsta food, you can drop off.

It could also be extended to deer.

This makes laming even better for goths.

Some other inputs on Goths :

Give you around 80 more food over time in Dark Age, or 120 more food if you luring deers.
Not game changers but still a bit more usefull than the actual one.

It’s a bit overlapping with Portuguese or Persians bonus, but just concerning 5 techs with a more significant effect. It’s a small nerf in Dark Age, but a nice buff in Feudal and Castle Age if the player goes for eco or LOS techs.

Anyway an eco buff could help them being more versatile, and ofc in exchange that implies obviously a nerf to their Imp spam.

Which is why it only applies to boar/deer either assigned to the player during map generation, and possibly neutral animals as well, to stop it being too OP for laming.

Devs, can u give some?

gtfo man… its really nasty to put words into someone else’s mouth, and even worse to lie to get people to support your idea… there is no where that he says “they need an eco bonus”…

Goths don’t might be a high elo civ, but they have their place and they perform very good in lower elos, so no need to buff them.

imo it’s ok if civs arent used by pros… we should be pushing so that all civs are at least viable on the ladder, and making sure they arent too OP either on the ladder or for pros, but pros are more than happy playing with like 5 civs (they did it for years and didnt care that trash tier werent buffed, they were even against trash tier being buffed)

play them like one trick pony so they win

if the issue is they are too much of a one trick pony, then tweak them into being more adaptable, dont just plain out buff them, that doesnt resolve anything, it just makes their one trick even stronger…

and ofc in exchange that implies obviously a nerf to their Imp spam.

this is the part that needs to be stressed with every single buff proposition, otherwise they carry no weight, since they have to be nerfed in order to get an outright buff…

Would that be such a bad thing? Celts have a civ bonus specifically for stealing sheep, no other function. Goths could have one that helps their early game (forgiving boar lures if you miss the TC, no need for force drop off, and could send vills out to hunt deer without milling or pushing with the scout). Sure it could be used to lame, but the increased damage to boars already has this effect. Now they’d have send several villagers and stand near the opponents base to take the meat. There is risk and reward.

I’m not sure if it’s a good idea, but it’s not necessarily a bad one, considering they need to outboom the opponent to win. Goths seem like such an arena civ right now, could be interesting to see them have a unique option on open maps.

If this were to become a bonus, I think the Loom bonus would need to be removed. Let the hunting/laming villagers face some risk, or spend TC time researching it first.

Many civs need some eco bonus not only Goths, yet it is not touched unfortunately…

Make wall around your villager, kill boar, collect food. This is not a risk reward, this is like starting oppenets of ghots without boars

Opponent walls in your walls, then makes one archer in Feudal.

Honestly, I think Goths are perfectly decent. They might be SLIGHTLY underpowered at the absolute highest tiers of play, but you can’t really balance around that.

Honestly I think their boar bonus isn’t entirely being utilized atm. It can absolutely be used to lame your opponent ALREADY. Send one villager forward with your scout, block with the scout and kill with the villager, collect 50 food, and walk back. Your scout+ villager with free loom can always beat the enemy scout, you can easily kill the boar with zero damage because it does so much more damage than a normal villager, and the extra carrying capacity lets them carry even more than usual back.

Sure, they wont be harvesting anywhere near as fast as other methods, but I don’t think you can really look at it as simplistically as that. You’re not just getting 50 food, you’re getting 50 food you otherwise wouldn’t have in dark age, while at the same time taking away 50 to 300 of the fastest-collecting food from your opponent.

No other civ(except celts) can lame as effectively as that, and not even celts can do so with such impunity, as even they need to get dangerously close to the TC with their scout to take your sheep.