Start a game, open Tech Tree (It also works on Statics/Achievements screen). Make rage quit (Alt+F4) then click “No”. If you do this it enables shortcuts Right Top buttons. I use HD hotkeys so when I press F10 it opens menu on top of your screen. If you click Options then Back to your screen again buttons will be appear in Tech Tree. Although in Statics/Achievements screen you can see all of in-game UI (minimap, resources etc.)

Second little bug is in scenario editor in editing players stuff, select gaia. Then save the game. Gaia can’t use somethings players has (name string id etc.) when game saved it appears and it’s useless boxes which does nothing.

How often does the issue occur? CHOSE ONE; DELETE THE REST.! 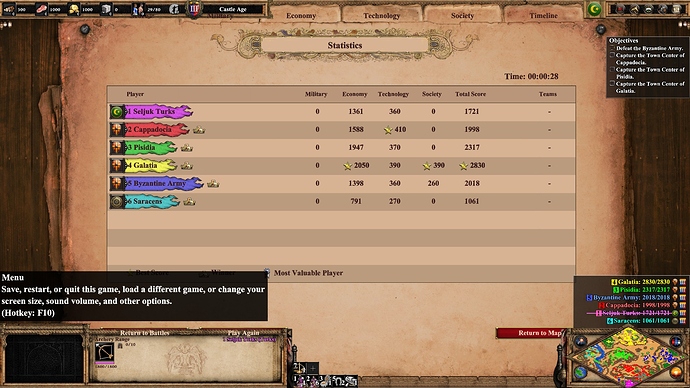 This example from Manzikert Scenario, I resigned and in Statics i opened menu by this bug and then go to setting when i came back to statics screen seems like this. Also you can look both Tech Tree and Objectives. You can do more things. Like; 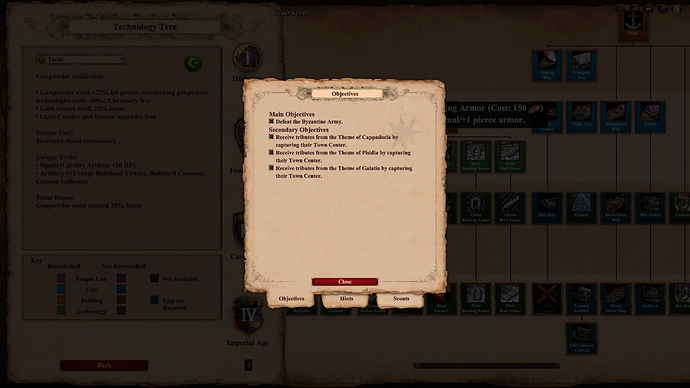 I can confirm this issue still exists on the January patch, the latest version @GMEvangelos

At this point, you are able to use any hotkey you want, for example using your Go To Town Center hotkey, or the Menu hotkey, while still being shown the full tech tree menu.

You can also do it with the Statistics menu.